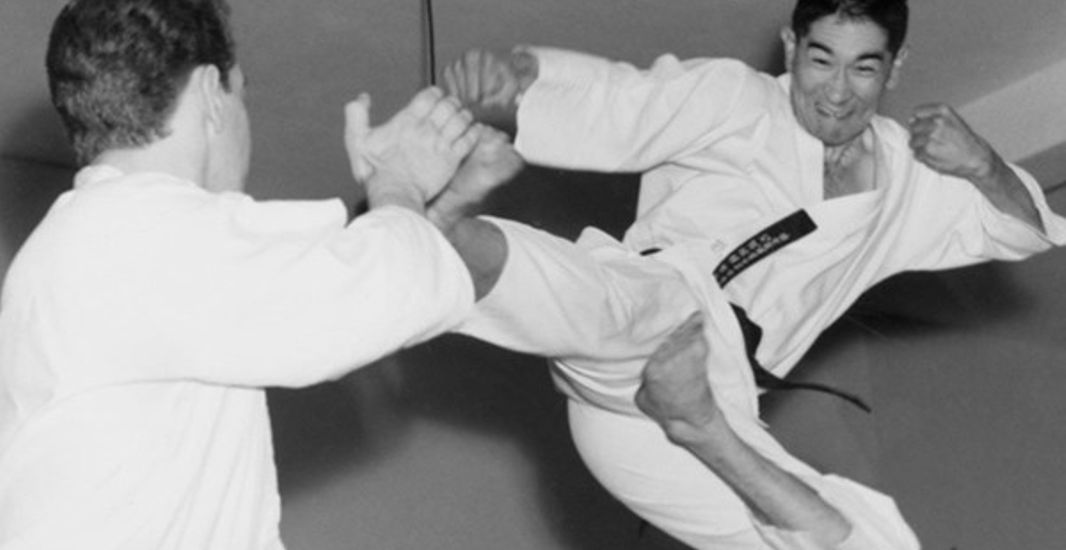 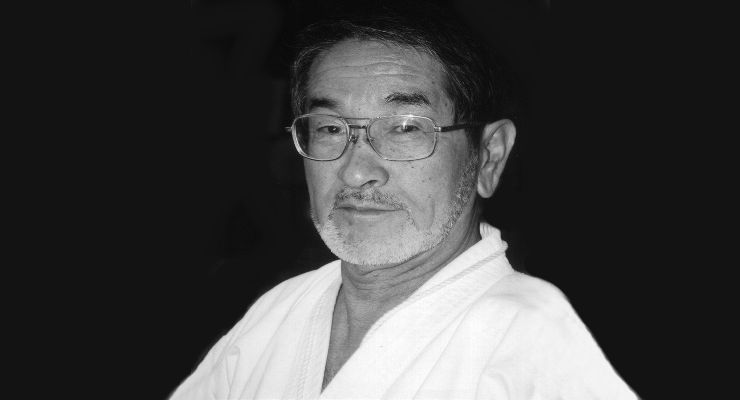 Masami Tsuruoka was born on January 12, 1929 in Cumberland, British Columbia, Ontario, Canada. He was a Japanese Canadian karate instructor and practitioner and he was recognized as “The Father of Canadian Karate” by Black Belt Magazine. Masami Tsuruoka was responsible for establishing the Chito-ryu style in Canada. He also founded his own style known as Tsuruoka Ryu. From 1958 to 1968, Masami Tsuruoka promoted Chito-ryu karate throughout Canada by writing newspaper articles, magazine articles, and by doing public demonstrations and exhibitions across Canada. Tsuruoka formed the National Karate Association of Canada, currently called Karate Canada, in 1964 and then followed it with the Tsuruoka Karate-do Federation in 1979. Tsuruoka was appointed a member of the Order of Ontario in 1998 for his significant contribution to martial arts.

Masami Tsuruoka’s family was placed in Internment Camps during World War II and after the end of the War, Tsuruoka and his father moved to Kumamoto, Japan. At the age of seventeen Masami Tsuruoka began the study of Chito-ryu karate in Kumamoto, Japan, under Dr. Tsuyoshi Chitose. He received his first degree black belt at age twenty. In the evenings he was studying Judo, earning his Shodan. After continuing his study and receiving his third degree black belt from Dr. Chitose, Masami Tsuruoka, he moved back to Canada in 1956.

When Tsuruoka began studying with Chitose, karate was at a turning point between the old ways of Okinawa and the new ways of post-war Japan. Masami Tsuruoka was one of the first students of the Chito-ryu group that would help reshape modern karate.

Masami Tsuruoka taught judo until in 1957 he began teaching karate in a small gym on Danforth Avenue in Toronto, Canada. His school continued to grow and in 1958 he rented an ols bowling alley on Queen Street and there he established the very first karate dojo in Canada.

In 1962 Masami Tsuruoka accomplishements were recognized by Tsuyoshi Chitose and he appointed him as Chief Representative of Chito-ryu karate in Canada. As part of his efforts to promote Chito-ryu karate in Canada, in 1967 Masami Tsuruoka invited Dr. Chitose and Mamoru Yamamoto, who will later be noted as founder of Yoshukai Karate, along with some of his students including Mike Foster, to Canada. There they conducted demonstrations, a clinic, and presided over the Canadian National Karate Association tournament. The event was held at the Japanese Canadian Cultural Centre’s Nisei Karate Club.

During the occupation of Japan, a number of American service personnel had trained at the Yoseikan Chito-ryu ‘hombu dojo’ (headquarters) in Kumamoto. In the early sixties Tsuruoka contacted these former students in an effort to expand the Chito-ryu karate organization in North America. One of the former students was Bill Dometrich of Kentucky, who traveled to Canada to train with Tsuruoka. Dometrich was eventually appointed the Chief Representative of Chito-ryu karate in the United States.

In 1962 Tsuruoka organized the first karate tournament in Canada, “The First Canadian Karate Open Championship.” Also in 1962 Masami Tsuruoka began teaching karate at the University of Toronto, and there they created the first university karate club in Canada. He also held the first summer camp called Kamp Kamikaze in northeastern Ontario which was open to all styles of karate. In 1964 Masami Tsuruoka founded the National Karate Association of Canada (NKA) and served as its first president. In 1967 the first inter-university karate tournament was held between Ontario universities, with the University of Toronto team winning the championship. As Chito-ryu became better established in Canada, Masami Tsuruoka became a sought after official for international tournaments and was asked to do demonstrations. On November 16, 1973 in Rio de Janeiro, Brazil, the Pan-American Karate Union elected Masami Tsuruoka first Vice-President.

On Wednesday, May 27, 1998, Master Tsuruoka was given a great honor when he received the Order of Ontario presented by the Lieutenant Governor of Ontario, the Honourable Hilary Weston. On May 13, 2006, Masami Tsuruoka received his 10th-Dan rank, awarded by the National Karate Association.

Tsuruoka Karate is named for it founder O-Sensei Masami Tsuruoka, 10th Dan. Its foundation is based in Chito-Ryu and Shotokan karate and it blends other effective techniques from many martial arts.

O’Sensei Masami Tsuruoka, the Father of Karate in Canada, passed away on October 10, 2014 at the Trillium Hospital in Mississauga (ON). He was 85 years old.

Here are 20 things you may not know about Sensei Masami Tsuruoka:

With deepest sympathies, KAO regrets to inform you that O’ Sensei Masami Tsuruoka has passed away on October 10, 2014 at Mississauga, ON. He was 85 years old.