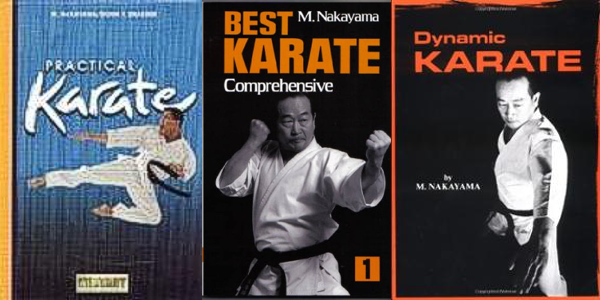 Masatoshi Nakayama was the first Shotokan practitioner to be awarded his 9th dan while still alive and he was awarded his 10th dan after his death, in 1987. In 1949 that Nakayama helped found the Japan Karate Association with Gichin Funakoshi, and Nakayama was appointed as Chief Instructor. 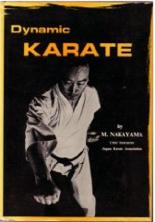 Dynamic Karate
(1987) Translated by John Teramoto & Herman Kauz. Tokyo – The book Dynamic Karate provides complete, detailed instructions and illustrations from the fundamentals to the fine points. It fills the gaps left by others. The late Master Masatoshi Nakayama, chief instructor of the Japan Karate Association, left this book as a testament. It reveals his great experience as a karate competitor and teacher, describing and illustrating in detail all the correct movements involved in the particular block, punch, or kick you want to perfect, as well as instructions–on combining blocking techniques with decisive counterattacks. Also included is a glossary of all Japanese karate terms and a guide to their pronunciation. Because of the lightning speed of karate techniques, normal camera work often fails to record the action accurately. For this reason, many of the photo sequences found in Dynamic Karate were taken using a stroboscope with a flash time of 1/10,000 of a second, enabling you to follow each movement as it is actually performed. –This text refers to the Paperback edition. 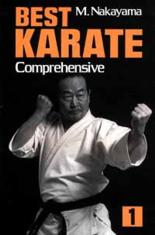 Best Karate
(1978) Best Karate has all the basic points of karate arranged systematically for effective learning, step-by-step—the parts of the body used as natural weapons, the stances, how to block, how to attack, introduction to the kata and to kumite. The fundamentals as presented in this volume, briefly but accurately, are the distillation of the author’s forty-six years’ experience in this art of self-defense. 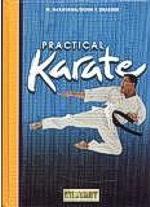 Practical Karate 2: Fundamentals of Self-defense Defense Against an Unarmed Assailants

Push Beyond Your Limits