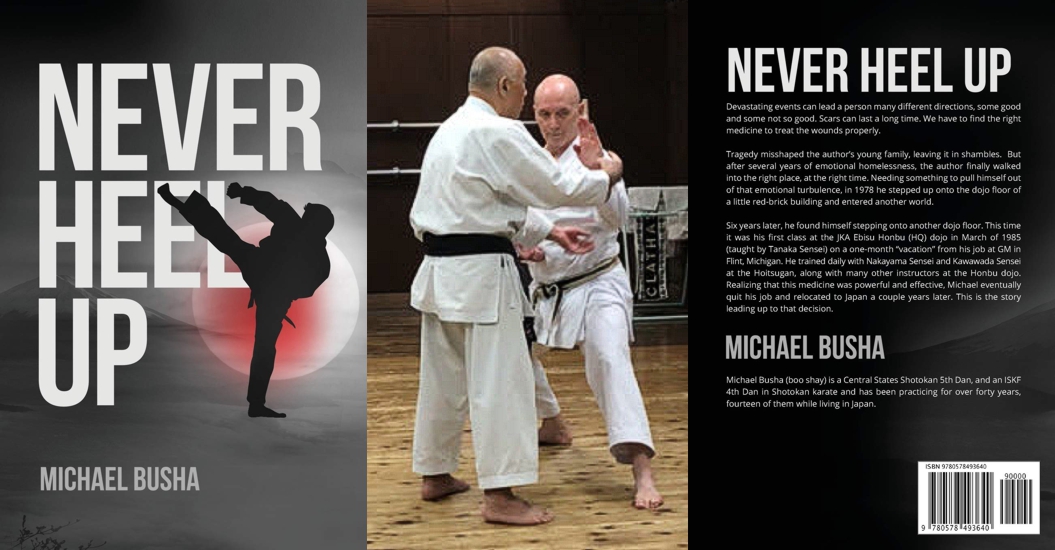 Devastating events can lead a person many different directions, some good and some not so good. Scars can last a long time. We have to find the right medicine to treat the wounds properly.

Tragedy misshaped the author’s young family, leaving it in shambles. But after several years of emotional homelessness, the author finally walked into the right place, at the right time. Needing something to pull himself out of that emotional turbulence, in 1978 he stepped up onto the dojo floor of a little red-brick building and entered another world.

Six years later, he found himself stepping onto another dojo floor. This time it was his first class at the JKA Ebisu Honbu (HQ) dojo in March of 1985 (taught by Tanaka Sensei) on a one-month “vacation” from his job at GM in Flint, Michigan. He trained daily with Nakayama Sensei and Kawawada Sensei at the Hoitsugan, along with many other instructors at the Honbu dojo. Realizing that this medicine was powerful and effective, Michael eventually quit his job and relocated to Japan a couple years later. This is the story leading up to that decision.

Michael Busha (boo shay) is a Central States Shotokan 5th Dan, and an ISKF 4th Dan in Shotokan karate and has been practicing for over forty years, fourteen of them while living in Japan.

Michael Busha (boo shay) has been training in Shotokan karate for over forty years since he walked into that little red-brick building just off the campus of the University of Michigan-Flint back in the mid-1970s. He trained with the ISKF (Mid-America) region which at that time was still part of the JKA. His first trip to Japan in 1985 is the main focus of the book “Never Heel Up”. Initially intended to be just a one-month vacation to train at the Honbu (HQ) dojo, then located in Ebisu, Tokyo, Michael fell in love with the multiple cultures he met and with the wonderful people of Japan. Needing a change from his life in Flint, Michigan, he eventually moved to Japan. He lived in Japan for nearly fourteen years in total.

Now training in Central Illinois south of Chicago, Michael travels to Japan once or twice a year to visit with his wife’s family and train at one of many dojos.