I started my martial arts journey at age 15. It was a search for a method of self defense that would be empowering and enlightening. Power lifting was my game at the time, but I was seeking more. Reading many books on martial arts, I’d read a quote by Ed Parker that turned the light on in my mind. Paraphrasing it, he wrote: “Weight lifting builds a strong body, and martial arts protects it.” There it was: the answer I was looking for. It was a logical explanation of the need to train in the arts, and I needed no further convincing.

Initially, I trained with a friend who held a black belt in an Okinawan style. Great stuff. Strong linear strikes, stable stances, snappy and powerful kicks. I respected it greatly, but after a time, it seemed to me that I needed a route toward combat effectiveness that would be faster. I didn’t think myself capable of translating the movements into fighting ability quickly enough, and the need was there. Because of the body I’d built and the kinds of places I frequented, there were plenty of challengers to be found.

Fortunately, a friend told me about a local sensei who taught an effective, combat-oriented style of self defense. He taught fluid and powerful movement, in an atmosphere that was aggressive and pressurized. His style closely resembled the real-life frantic tension of street fighting. Signing up on the spot, we started practicing in training scenarios that were relevant to situations found in the modern world. We practiced defending ourselves from attacks while standing at his basement bar – an incredibly useful technique for me, I started working as a bouncer by the age of 19. We focused on fighting on the ground as well as standing, which I had never seen or heard of before- this was during the early ’80’s. In the middle of the summer, he would close the windows and tell us to start sparring, warning us to run outside if we had to puke. He would scream in our faces when fatigue made us drop our hands, telling us that our number one purpose to training was to defend ourselves. Most impressively, and intimidating, the black belt knife test was performed with a real knife.

The overall effect of this type of training made each of us feel quite unintimidated out in the street. When faced with a scary looking drunken loudmouth in a bar, I used to think, “You don’t know who kicks my ass all week long pal; you don’t scare me one bit.” Our sensei was looking out for us. He taught us to stay out of trouble, and to fight fearlessly when it was unavoidable. There was just one thing I felt uncertain about: defending myself empty-handed against a knife. I had watched the black belt tests, and felt that the knife attacks employed lacked the realism present in the rest of the training.

My next big decision was to specialize in weapons use, so I started training in various styles that emphasized this. I visited Japan, and found that getting hit with sticks and staffs was quite different to getting punched and kicked. At first it was annoying. Getting rapped in the head while I stood there as a willing participant made me think that maybe there was a joke being played on me. Like everyone else, I got used to it, and continued contact training with weapons. Drawing upon early experiences, I found that there were elements from those days that were useful and others I found unnecessary. Training under pressure is good at times, but at other times the pressure has to come off. This alternating approach was my first real lesson of the yin/yang principle as applied on a larger scale. Prior to this, I thought in terms of hard and soft movement as applied to striking, throwing, locking, stepping and general body dynamics. Now the understanding came to me that my mind and body needed periods of high and low pressure in order to learn quickly and thoroughly. The weapons training was teaching me respect for weapons, my limitations, and the true nature of my learning curve. I was still looking for realistic knife training though, and still hadn’t found it.

Next, I decided to train in Philipino and Indonesian arts. These arts are quite realistic and powerful; they handle the subject of combat involving a variety of weapons most effectively. The reality of life in the Philippines and Indonesia makes their armed combat training excellent by nature. The variations and complexity of such combat is well understood and researched by the practitioners of these arts. Still, when it came to training unarmed against the knife, I found a lack of immediate feedback from the training. The movements I learned were highly skilled and technical, but how could I know that what I was practicing would work in a real-life situation? I found some really talented and knowledgeable gurus and teachers, men who obviously were high-level “players”. However, honesty forced me to admit that facing a real blade was still beyond me, and time was running out. There is only so much time in one’s life, and I couldn’t go on learning system after system. After all, a single system is really a lifetime study in itself.

A specialist is what I needed, a person who trained and taught only in this particular skill set. Moreover, I  wanted to learn from someone who wasn’t going to insist on teaching me another martial art. The need now was to learn how to defend myself against a blade utilizing the training lessons from years of studying various arts.

This is how I discovered No Lie Blades. I attended a seminar and found the information and training to be focused on quick results which were obtained through instant feedback. The head trainer Hank Hayes was a longtime martial artist himself, and he understood my quest. 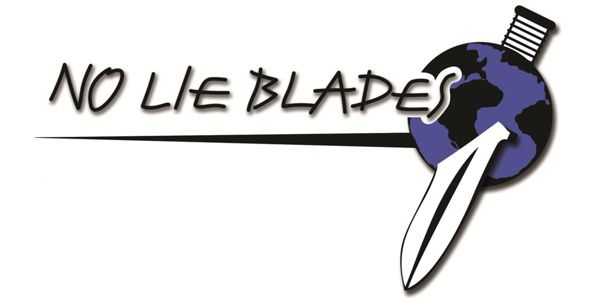 There were many attendees who had little or no martial arts experience, and they were learning skills and building confidence over the course of days that would have taken months or years if they had been studying a martial system. He was accomplishing this through the use of modern technologies. His marking blade seemed to be such a clever yet simple tool that made all the difference in my quest to banish uncertainty. The way he approached the training was structured along the lines of the alternating high/low pressure paradigm I had discovered over the years. His teaching and coaching invoked a knowledge of learning technologies that were current, a product of the 21st century. I felt something happening during the training, a kind of awakening and adjustment. This was not new to me; I’d felt it before, but never so quickly. Additionally, there was an honesty to the teaching. He spoke realistically of damage control, uncertainty in the midst of chaos, and the need to act in terms of survival rather than employing the methods of a system. He was appealing to our intuitive survival needs, and augmenting them with awareness and movement skills. When that marking blade came out, there was no doubt in the minds of anyone there concerning the true danger of a committed knife attack. I had finally found what I wanted: a direct, honest and practical approach to knife defense that was rooted in modern times.

Hank Hayes and the No Lie Blades system can be found at www.nolieblades.com

It is desired that you take away three essential points from this story. If you are seeking combat effective training in unarmed self defense against bladed weapons, you must find a teacher who provides :