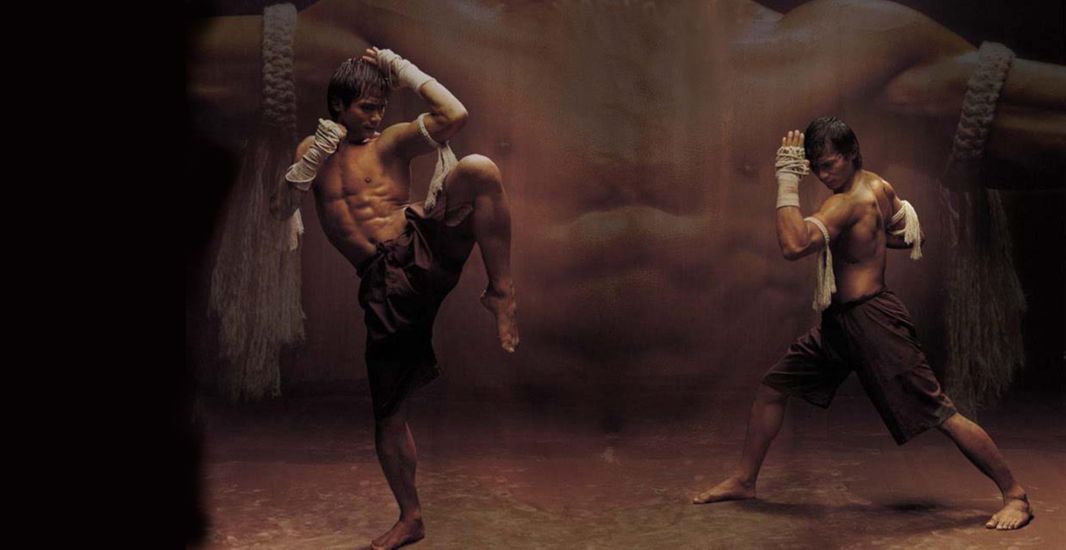 Bob Chaney has been getting his kicks out of life via the marital for almost five decades.  With a background in traditional Japanese Karate, Tae Kwon Do, judo and kickboxing this former national champion insists that nothing can touch the power of a Muay Thai kick.

“I love my Tae Kwon Do but I can tell you from experience that the Muay Thai kick is without a doubt more powerful than a traditional karate, Tae Kwon Do, or Kung Fu kick,” says Chaney.

His conclusion is based on years of experience in different styles, hard training, fighting (in and out of the ring), science and practical application.  In order to fully appreciate the range of Chaney’s expertise it’s important to know the road he has traveled during his quest for martial arts perfection.

Tae Kwon Do Master Chaney was a tough kid. He freely admits that he was a street fighter.  These scraps didn’t employ any rules, whatever it took to win was what he did.  After all, in the street a person isn’t fighting for a trophy, most of the time you’re fighting for survival.

“When I was a kid I learned how to box,” said Chaney. “My father was a pro fighter so I learned how to use my dukes at an early age. And I eventually did some golden gloves boxing.  I loved to fight.  In the ring or out, I just loved fighting. By the time I was 14 I was into some heavy street fighting.  Then, a few years later I discovered the martial arts. I thought that was great.  With the martial arts I could do all the fighting I wanted without fear of getting shot or stabbed.”

Opting to keep all of his vital organs in tact the tough pug traded the streets for a dojo.  Chaney trained in Isshinryu for about a year then he switched to Tae Kwon Do under Grand Master I L Joo Kim.

“I’ve trained under Grand Master Kim for 39 years now,” said Chaney. “When I first started with him in the early 60’s it wasn’t called Tae Kwon Do. That didn’t come about until 1962 prior to that our patches read Korean Karate.

Chaney went on to say that one of Master Kim’s teachers, Byong Roe was a student of  Gichun Funakoshi. As a result, Master Roe brought Shotokan back to Korea and incorporated it into his teachings. Subsequently this mix of Chinese Kung Fu and Korean Karate and Shotokan would eventually be taught to Chaney via his teacher Master Roe.

“Because of this mixing of styles my early studies consisted of traditional Shotokan through Tae Kwon Do,” Chaney explained. “Eventually my teacher evolved into traditional Tae Kwon Do but I stayed with the original system. I believed that the Japanese style had stronger hands than Tae Kwon Do, but I liked the Tae Kwon Do kicks.”

The combination of the two styles worked nicely for the former street fighter. Chaney became one of the top point fighters in the country. Then in 1975 he was asked to join the United States Karate Team as assistant coach and fighter.

“I started fighting internationally with the U.S. Karate Team through the W.U.K.O. (World Union Karate Organization) which is a Japanese system. Eventually politics messed things up and I switched back to the American Freestyle System. So I went from boxing to Tae Kwon Do to Shotokan then back to American Freestyle. I competed in the PKA (Professional Karate Association) for a number of years, then in the 70’s I got into kickboxing when everything was above the waist.”

In the 80’s Chaney opened up a traditional Tae Kwon Do studio in Las Vegas. About that time the WKA (World Karate Association) started making some waves with the fledging sport of full contact karate.

“I was glad to see that happen because my heart was really with kick boxing,” said Chaney.  “I felt that there was a lot of limits with Tae Kwon Do and karate because of the lack of contact. Kick boxing gave martial art competitors an opportunity to find out if their techniques would really work or not.”

Although he was an avid kick boxer, Chaney was very much a skeptic when it came to the ancient art of Muay Thai. He had watched traditional Thai fighter’s train and was unimpressed with their kicks. Chaney was convinced that he could slip any Muay Thai kick, get inside and put the guy down with his hands. However, after going toe-to-toe with a Muay Thai champion, the unimpressed kick boxer went from being a skeptic to a believer in the power of Muay Thai.

“I used to watch Muay Thai guys work out and I wasn’t impressed,” recalled Chaney. “I didn’t think I’d have any problem getting around their kicks so one day when I had a chance to spar with Dale Apollo Cook who was a Champion Muay Thai fighter at the time. I thought it would be a walk in the park.  I wasn’t worried about his kicking game at all. My plan was to move in and nail him with a right cross, end of contest. Wrong! All I remembered was when he kicked my leg, I was born again. The lights went off and I knew I didn’t want another one of those.  To make matters worse, he was going light with me. He was only using about 30% of his power. I never came closing to landing a glove on him either. At that moment I knew that I had to learn more about Muay Thai and to do it right I knew I had to go to Thailand.”

Chaney was given the name of the Sasiprapa Muay-Thai gym in Thailand. Run by head trainer Thakoon Pongsupha and his father Chanai, a former Muay Thai champion himself. The Sasiprapa gym was considered to be a place where the best went to get better. In order to be accepted for training at this gym, you had to have some connections. Fortunately the American kick boxer did and once the proper introductions were made, Chaney packed his bags for Thailand. During his first week in Thailand, this top-notch American fighter with hundreds of victories under his belt was stunned at the Thai fighter’s reaction to his techniques.

“When I got to Thailand they made fun of the way I was kicking,” recalled Chaney.  “I really felt bad, and explained to them that this was the way I was taught.  Once they realized I was serious about learning traditional Muay Thai the trainers took me under their wing and helped me tremendously.  They tightened up my techniques and taught me to turn my knee over more, driving down into the target.”

One of the most important lessons Chaney learned during his stay at the Sasipara gym was the application of the hip in conjunction with the kicking power of Muay Thai and why the shin, not the foot was their weapon of choice.

“The Muay Thai kick is like getting hit with a base ball bat,” explained Chaney.  What makes a Muay Thai kick different than all the other kicks is because the other kicks are designed for sport and semi-contact by snapping the leg back.  Muay Thai doesn’t snap the leg back.   When you hit a baseball with a bat you don’t hit the ball with the end of the bat; you want to hit it about a third of the way up the bat.  In physics that’s called the apex or point of the curve.  The same principle applies with a Muay Thai kick.   You’re striking three to five inches below the knee, which is the apex of the leg.  Muay Thai does not have a cocking action when delivering the kick, it’s all done with the hips and instead of snapping the leg back, Muay Thai turns the hip into the kick giving it a lot of driving action. Tae Kwon Do also uses a lot of hip action and is very similar to a Muay Thai kick except for the snapping back action of the foot and point of contact which in Muay Thai is the shin.”

Chaney went on to say that with the new Tae Kwon Do full contact the players aren’t snapping the foot back quite as much as in traditional training but they’re still tucking the leg and hitting with the foot.

“The ankle is a joint and wasn’t designed for that kind of contact,” explained Chaney.  “Even if you hit with the ball of the foot it’s still a joint.  When you’re hitting with the shin there’s no joint involved.  With the shin you’re not going to hurt you ankle, nothings going to get sprained and the shin is in line with your hip, or the perfect apex for maximum leverage from a physics perspective.”

Chaney has nothing but positive things to say about all of the arts he has trained in.  However, he is a believer in cross training and being flexible enough in his thinking to apply or add what works and to toss out what doesn’t.  Chaney said that years ago a physics professor gave him a formula based on science and math to perfect body alignment which results in a powerful kicking technique.  He says this formula is 100% effective and he employs it in all of his techniques.

“A lot of people teach kicking with the knee up and the foot down, I teach it with the knee down and the foot up,” explained Chaney.  “During the rotation of the move, by turning the knee down and the foot up your body is in perfect alignment.  That way the power goes toward the target and not through or past the target.  This is called a pull-kick.  It’s like having an anchor attached to the end of your foot.  Wherever you throw the anchor your legs are going follow.  So I pivot in the direction of the anchor and it pulls my body and leg toward the anchor and then push off with the foot.”

Knowing where and how to line your target is as easy as lifting your knee according to Chaney.

“I use my knees like the sight of a gun,” said Chaney.  You aim your knee toward the target, the hip lines up and the foot goes toward the target not through the target.  That’s a mistake a lot of kickers make.”

Chaney also stresses the importance of proper body alignment and follow through.

“My kicks have no tucking action,” says Chaney.  “You pivot for power.  It’s not only 200% faster it’s 300% harder than a traditional kick that uses a snapping action.  People learn to kick in the traditional way and just don’t know that there is a better way of doing things.  They’ll debate something they don’t understand like I did about the Thai kick.  For years I thought their kicks were inferior to my Tae Kwon Do kicks, then I learned about the power of Muay Thai kicks.  So I think a person should not be afraid to open their mind to the possibility that there might be a way to improve your techniques.”

How To Throw A Knock Out Punch

How Martial Artists Use Science and Technique For Brick Breaking