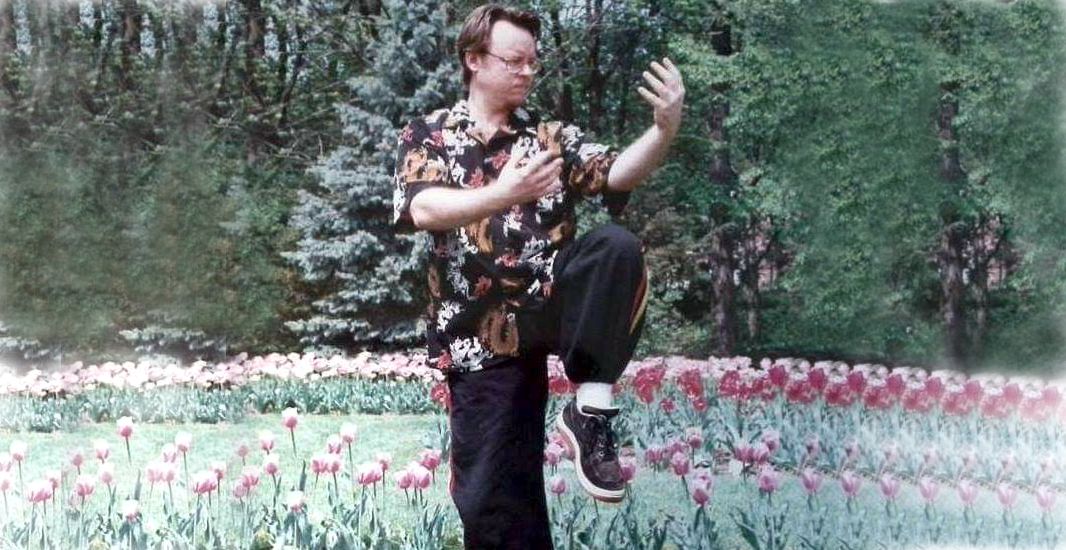 In response to a comment a respected martial arts teacher recently made to me that he felt that footwork training was becoming a lost art, I thought I would share some ideas on this topic. The purpose of this article is to introduce this topic, which I have had quite a bit of diverse training in, and to spur further interest, energy, and training
.
First off, what do we mean by “footwork training?” Well, it is more than just stepping and moving in various ways. Footwork Training encompasses everything related to training the waist, feet and legs for all the various applications in martial arts. Thus, this is a very deep topic. Just as training the upper body, hands and arms is, except it is even more challenging- especially for us modern, sedentary humans. So this includes conditioning the waist, legs, and feet to be able to take the rigors of training, daily life, and fighting; martial applications which utilize the waist, legs and feet; stepping and stance work traversing in myriad ways; kicking techniques of all kinds; chin-na/ grappling methods utilizing the legs/ feet; and applying all of this in sparring/ fighting of various kinds. In this article for simplicities sake I am going to focus primarily on the stepping and moving aspects of footwork. By the way, recently I was at the park hiking and doing some Taiji and noticed some young guys doing some light sparring on the tennis court, MMA type practitioners. Their footwork consisted entirely of bouncing up and down on the balls of their feet in place and a bit back and forth- that’s it. For successful sparring, fighting and application- whether in the kwoon/ dojo, in the ring, or on the street- much more than this is needed. The Asian martial arts have not been practiced and developed for thousands of years so that today this is all we are left with- we must dig deeper!

First off we must view Footwork Training as its own sub- art, not merely as a couple of methods we learn here and there. It is something which must be studied, practiced and developed daily- forever, as long as we are practitioners. It isn’t as easy as practicing our forms or learning some basics while moving or hitting the bag with some simple footwork and leaving it at that. We need to take apart every form and every method we know and examine it as footwork and movement alone. It needs to be examined from the course to the fine and the fine and subtle to the course. Footwork must be examined and practiced from the fast to the slow and the slow to the fast, from the soft and light to the heavy and hard- and everywhere in between and beyond these.

Many styles and systems have their own unique methods of stance and footwork training, including complex, highly developed systems and methods. The bagua styles are famous for this, as are the Filipino kali arts. One I very highly recommend is the Pekiti-Tirsia Kali system as taught by Tuhon Bill McGrath, for whom teaching footwork and its applications is a complete science. He also very clearly shows how footwork and applications with the legs differs greatly in bladed arts vs. empty hand arts and applications. High kicking vs. a bladed opponent is a no no, unless of course you desire to be a eunuch or have your foot chopped off. In my teachers Shaolin Five Form Fist system there are numerous footwork and stance work methods, including the Lotus Stepping footwork system and the Dragon Stepping footwork style.

Here are some ideas on how to begin digging deeper into footwork training. Keep in mind that having an experienced teacher or coach, live and in person, is ideal:

Regarding these there is quite a bit of variety out there. For instance I have learned circle walking methods in arts as diverse as Pai Te Lung White Dragon, Pekiti- Tirsia Kali, Taiji circle walking, and various bagua styles methods- each has its own unique and practical methods.

Here are some other ideas and methods of developing your footwork training: whatever forms/ kata you know they can be viewed and practiced purely as sets of moving stance work or stepping. To begin with just leave out the arms/ hands and practice and focus on the steps and stances. Of course pieces/ sections of the forms/ kata can also be practiced this way to perfect your footwork and stance work. The same goes for any formal exercises and techniques one knows which utilize movement. Another great method is to perform every form and technique you know left- handed- yes, reverse it all- step left instead of right, raise the left hand instead of the right hand, complete mirror image training. My teacher had mastered this- he would face us and practice the forms and techniques left- handed as we did them right- handed, then he would turn around and do them right- handed as we followed him.

Footwork must also be practiced on as many types of surfaces as possible, including outdoors- dirt, sand, mud, in the water/stream/surf, in the snow and on the ice, parking lot/ street, blindfolded, all seasons, day or night- be creative. Practitioners have been known to go onto the roof of the house during a hurricane to practice! My teacher’s main teacher, the late, great Dr. Daniel K. Pai was famous for his realism in training- he would take them out into the parking lot and break bottles all over and they would practice on the broken glass! Including falls and takedowns and full contact sparring. Of course, I am not recommending this, be safe- and I don’t think insurance would cover this. Ahh, the old days.

In addition to the solo methods of foot work training there are of course those which utilize a partner- one, two, three or more. This includes methods such as Step Sparring and all manner of partner drills and applications, including with weapons and moving in all directions.

The traditional styles and systems all have their own unique methods of footwork and stance work for training and attack and defense, such as: tiger, leopard, snake, crane, dragon, monkey, ape, bagua, taiji, TKD, JKD, jiu jitsu, judo, karate, mantis, silat, kali; on and on. If you are a MMA practitioner I would highly recommend investigating a classic martial art style to augment your training. In a real system there are no wasted motions, it all relates to combat and application in one way or another. A skilled and well trained teacher will be able to easily demonstrate this.

As an example I will relate an incident I had about ten years ago at a social gathering. My then room-mate introduced me to an aquaintance of his. This guy was ten years younger than me (he was in his mid 30’s) and had been practicing various martial arts his entire life, over 30 years. Recently he had gotten into MMA and had the common look- bulging muscles, ink, bald head. Apparently my room-mate had mentioned me to him. This guy began by trying to impress and intimidate me by throwing full speed kicks and punches to my head, face and body which he pulled a millimeter from contact. OK, no problem, it was a hot night, I enjoyed the breeze and ignored him- unbeknownst to him I have been hit a million times in my training, knocked out, broken bones, covered in blood, tasered, pepper sprayed, you name it. So undeterred, he then launches into an attack on famous great grandmasters of the martial arts, including SGM Ed Parker and even, gulp, the “Godhand” himself, Mas Oyama- the greatest open hand fighter of the 20th century- demonstrating their techniques then saying they were all crap and would never work! Yes, this guy was in great condition and had excellent form and basic technique- but he had never been taken past beginner level, he had just memorized the techniques and forms but had no clue as to why he was doing them or what they were for. At this point, as my lineage is connected to both of these great pioneers, I decided to have some fun with this guy and I engaged him in some free- style sparring and applications. I was able to effortlessly counter his every attempted attack, due to my training and backround in footwork and stepping methods, and deeper arts of sensitivity- of which he had no clue. Being a big mouth bonehead, he then tried upping the ante by going harder, at which point I utilized taiji uprooting methods on him- sending him flying into the stone fireplace and against the stonewall multiple times, till he was basically pissing his pants. He had no root you see, and rooting being an essential skill in foot work and stance training and application he was vulnerable to being easily unbalanced.

My point being, much respect for the courage and ultra heavy training many MMA practitioners engage in, just don’t be closed minded. Traditional arts may look like a sophisticated waste of time, but the fact is originally they were developed as deadly serious arts of life and death- not as ring sports. Nowadays many “traditional arts” are actually modern versions meant for performance art. But true arts still exist. At any rate, even some cursory training in traditional arts- from kenpo to kali, bagua to silat, I am sure would be a valuable added bonus to your training.

A superb example of a practitioner who went to great lengths to master his art and foot work was SGM Ed Parker, founder of American Kenpo. SGM Parker actually filmed himself performing each and every form and technique/ application he knew, then played the tapes backwards (ancient super 8 film reels) and learned to perform all of his forms and techniques in reverse- backwards, from the end to the beginning! Now that is some awesome discipline and creative training and commitment to excellence. I have seen a form performed in reverse, it is eerie to see.

Of course, mastering foot work and stance work are also key for health, especially as we age and go through the stages of life into old age- falls being a a very common cause of injury and death in senior populations. In my book, “The Shaolin Butterfly Style- Art of Transformation,” I get into footwork training and related important basic skills in more depth, look for it to be out any day now.

I would like to finish with a few traditional martial arts slogans/ quotes which pertain to foot work training in various ways:

The Best Block is No Block

USAdojo - September 6, 2014
We use cookies to ensure that we give you the best experience on our website. If you continue to use this site we will assume that you are happy with it.OkRead more