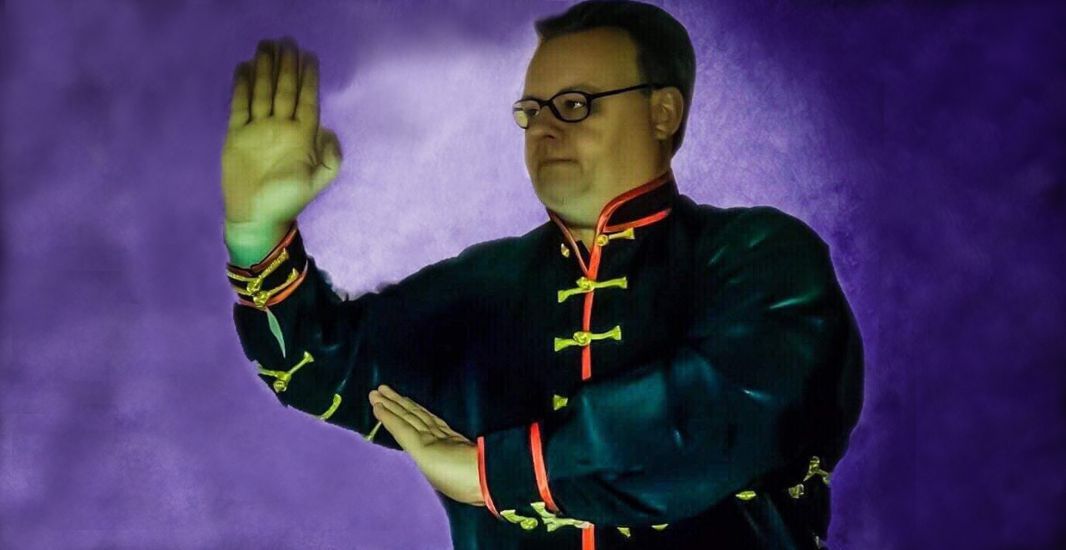 Growing up Michael Fuchs was exposed to Asian culture like many from his generation, through the exploits of David Carradine and Bruce Lee. He was excited by their displays of speed, power, skill, and control over themselves and their environments. However, he was also drawn to and fascinated by the other facets of Asian culture which were displayed including the sense of honor, respect, and other positive virtues exhibited; as well as the seemingly miraculous and mysterious meditative, spiritual, and healing arts.

Michael Fuchs vividly remember sitting in the backseat of his parent’s car at the drive-in theater in 1973 watching the incomparable Bruce Lee in Enter the Dragon – to say he was hooked would be a colossal understatement. At the age of nine he was ready to enroll at the Shaolin Temple! Alas, his Mother had other ideas, as did life in general . . .

Someone once said to him, “everything is a test, everything is a lesson.” Unfortunately, from earliest childhood onward, life had thrown hMichael one challenge after another. He suffered poverty, abuse, loss, sickness, grief, fear, and chaos. Of course, it wasn’t all bad, he survived. Luckily he was sent many angels, helpers, and teachers along the way – even if he didn’t recognize them as such at the time.

Around the age of twenty the stress caused by the chaos in his life took its toll in the form of depression, high blood pressure, and arthritis. Realizing that he needed to do something to help him get going in the right direction, he decided to find a discipline that would help him positively focus his energies. After careful study and deliberation Michael Fuchs choose to begin learning the Chinese art of T’ai Chi Ch’uan, which contain within it all that he was looking for, exercise, health, and balance for mind and body, self-defense and self-empowerment, as well as Asian philosophy and meditation. Little did Michael Fuchs know at the time that his decision would profoundly and positively affect his life.

In one of those strange and odd “coincidences” which life sometimes gifts us, Michael had the good fortune of meeting the person who would go on to become his teacher, guide, and mentor for many years. From him not only did he learn T’ai Chi, Ch’i Kung, Shaolin, and related martial and energetic arts, he received many, many lessons in life. Things like discipline, confidence, heart, and spirit.

Being naturally curious, as well as in serious need of healing, Michael Fuchs explored many meditative and healing arts over the past seventeen plus years. In the field of Reiki and energy healing, he studied, practiced, and/or taught Usui Reiki Ryoho; Usui/Tibetan Reiki; Takarta-style Reiki; Karuna Reiki; Buddho/Enersense; Burmese/Tibetan Min Zin; Chinese T’ai Chi, Ch’i Kung, and Shaolin; as well as various other meditative and energy arts.

Following spirit and intuition, he has also been fortunate enough to receive Satsang, initiation, empowerments, darshan, and Shaktipat from several spiritual teachers and Masters. Great and compassionate leaders and healers, such as H.H. Sant Rajinder Singh Ji Maharaj, Mirabai Devi, Shri Anandi Ma, Gen Sherab Kelsang, and Gen Sankyong Kelsang. To you and all of my other teachers and friends, my heartfelt thanks!

Today Michael Fuchs shares what he has learned and the knowledge he has been given, with others who seek healing and empowerment. Of course, he knows there is still much learning and growing for him as he travels life’s path. His wish is for all to become perfect, beautiful, Reiki Butterflies!

Sifu Michael Fuchs lives and teaches in New Britain, CT in Hartford County; and is also available throughout the state and New England/ Northeast Region, as well as Nationally, for Personal Training/ Seminars. Contact him for details and more information.