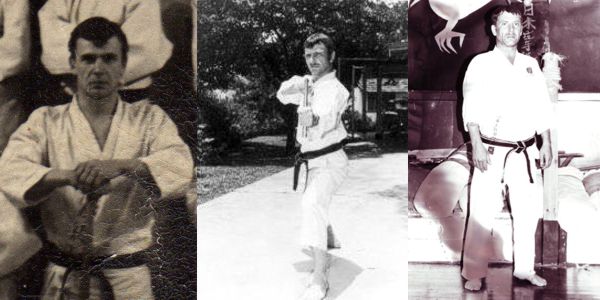 Since Bruce Lee exposed the wider world to the humble nunchaku, a whole industry has developed around this much misrepresented weapon. Unfortunately this industry, through ignorance or design, mostly re-iterates the same old baloney. A quick internet search produces all manner of sites which should really classify themselves has baton twirling groups and enter majority competitions. These individuals show tremendous skills and dexterity in using the Nunchaku, but have nothing to do with their use in combat. If you take the martial intent out of kobudo or indeed budo in general then we are left with a hollow dance that really is only as good as a ballet in fighting terms. 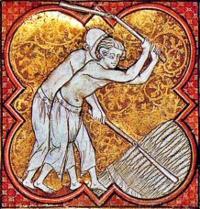 The truth is, it is very difficult for the general public to differentiate fact from fiction and Chinese weapon systems from Japanese/Okinawan systems. The past is full of myths and legend that blur these distinctions. However, there are some facts that we can establish. The Nunchaku comes under the classification of articulated club and developed from an agricultural tool. The exact origins will remain a mystery as to whether it was imported from China or invented in Okinawa. It can be readily seen that the flail was used throughout the world from at least medieval times. The relatively short step from using the implement as a tool to that of a weapon was taken by all societies at a time when metal weapons were at a premium and only available to a select few either by financial exclusion or as in the Ryukyu Islands by edict.

In the case of the Satsuma occupation of the Ryukyu Islands and the resultant ban on the carrying of weapons by non warrior class we have many many legends of farmers and rural folk taking on armed samurai with these modified working tools. In my view this is extremely unlikely. The farmer with an average skill with these tools would be no match for a professional soldier trained for combat. Indeed there would always be exception, the highly skilled kodudo man against a below average or inebriated samurai but in general it would have been foolish to stand up and fight. Remember, the sword only needs to get you once!

The real use of these tools as fighting weapons would have been against robbers etc who wouldn’t have been carrying much more sophisticated armoury themselves. The fashion to carry the Nunchaku concealed inside the sleeve of the kimono was common. But we could ague indefinitely about such things and until a time machine is developed we can only conjecture.

What does need close inspection is the modern way nunchaku work is practiced. On the whole and I’ll exclude the extreme baton twirlers here, the nunchaku is only being practised for its flailing action and the close in work which truly makes up the majority of its capability is ignored or sadly lost. The great advantage this weapon has over many is its versatility. From a flailing action which generates devastating power at range, the nunchaku can be instantly converted to a truncheon for close quarters striking and then the two rods can be used as a vice to lock, crush or indeed strangle. If you analysis the movement in the video clips and demonstrations that you see even the flail action is poorly done with the focus of the movement on the pull back and return to grip rather than the strike. The nunchaku that is twirled around the body is a complete waste of time and energy. The rods should be striking and tearing cobs out of the opponent at that distance, remembering the adage sharp to flesh and blunt to bone.

I’ll close with three points. Firstly, the use of any weapon, sharp or blunt, in a fight is a horrible messy business. The ethics of such use is the luxury of the winner to debate. Secondly, in this day and age as responsible budoka we must demonstrate to the constabulary that are use of weapons is for the joy of study. Any misappropriate use or indeed careless transportation could leave you open to prosecution. And rightly so. The third is try to see beyond the Hollywood hype which leads to an Emperor’s new clothes scenario with no-one willing to speak out against the baloney.

The Staff: A Remarkable Weapon