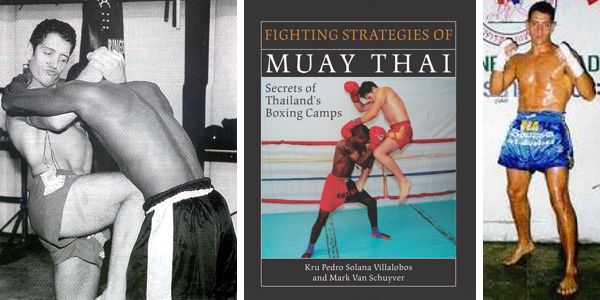 I’ve been studying martial arts for most of my life. When I was 6 years old, I started training in Judo, and since then I’ve studied a number of different arts.

I first started to learn Muay Thai in Spain when I was 17 years old and fought a number of times. I then moved to the USA some years later, age 24, and continued my Muay Thai training with Ajarn Surachai Sirusute for nearly 6 years. At the same time I began learning Wing Chun, taught by Sifu Francis Fong, again for nearly 6 years.

During my time in the USA, I was also privileged to learn Brazilian Jiu-Jitsu and spent a varying amount of time learning from people like the Machado brothers, Royce Gracie, Eddie Camden, Jacare Cavalcante, Ricardo Murgel, along with Shoot Wrestling Champion Eric Paulson. All this happened over a period of nearly 4 years.

During this time I continued to fight professionally in Muay Thai and Mixed Martial Arts. After winning the U.S.A. Professional ISKA Middleweight title, and S.F.O. (Submission Fighting Open) Lightweight title a number of times as an undefeated fighter, I decided to train in Thailand.

Living in Thailand, I trained in Sport Muay Thai, visiting some 45 camps in Thailand over a period of 12 months, experiencing and learning the many and varied styles of the art. I fought several times in stadiums such as Ratchadamnoem in Bangkok and Chaweng in Koh Samui. Following that I spent 6 months learning Krabi-Krabong at the Buddhai Swan Institute of Swordsmanship with the Mesamarn family.

It was at this point that I returned to the USA to open the Thailand Arts Institute in Atlanta, Georgia. At that time I continued to fight professionally whilst teaching some 70 students at the institute.

I finally moved to Thailand permanently in 2002. At this time I decided to became a monk to cleanse the bad karma I accumulated from fighting and damaging people.

Following my period in the monkhood I studied Ancient Muay Thai, specifically the Chaiya-style, with Ajarn Lek (Kridakorn Sodprasert) in Bangkok. Then I fought again, once in Laoagainst the Lao Muay Thai champion, and another three times in Thailand, winning all of these fights by knockout. After this I decided to move away from the competitive arena and dedicate myself to achieving a greater level of understanding of Ancient Muay Thai.

I moved to Chiang Mai in the north of Thailand and opened the Muay Thai Sangha school. Through continual development, meditation and help from other teachers a new style of Muay Thai began to evolve, I call it Muay Thai Sangha.

Through the years these are some of my more important achievements;