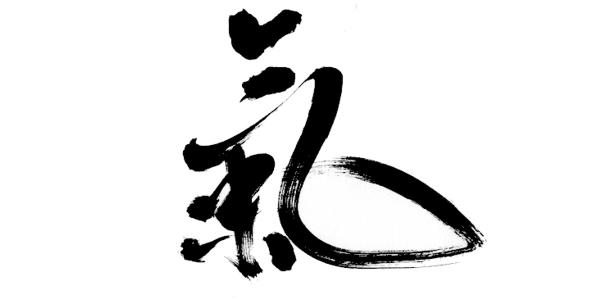 COMBINING “internal” and “external” work is an important aspect of wushu training and commands great attention in all schools of martial arts. Changquan (long-range boxing), For example, consists of “external work” performed by the hands, the eyes, the body, and the feet, as well as “internal work” involving such elements as jing (essence of life), shen (spirit), qi (vital energy), li (power) and gong (skill). Nanquan (southern style boxing) emphasizes the exercise of the hands, the eyes, the trunk, the waist and the feet in “external work” and the training of the mind, spirit, qi, willpower and courage in “internal work”. In xingyiquan (form-and-will boxing) emphasis is laid on achieving the “three internal harmonies” (between mind and will’ qi, and power and will and qi) and the “three external harmonies” (between shoulders and hips, elbows and knees, and hands and feet).

What, then, is “internal work” in wushu training?

In essence, it refers to the practice of qigong, an essential point common to wushu exercises of all schools and styles, one that is indispensable for the consummation of the art of wushu.

In the early stage of their development, both wushu and qigong were closely connected with daoyin – a rudimentary form of qigong which combined physical movements with regulated breathing. The wuqinxi (five-animal play) created by Hua Tuo, a celebrated physician of the 2nd century, can be regarded both as an ancient form of qigong and an early type of boxing exercise imitating animal movements. The practice of combining wushu and qigong continued down through the centuries, and by the time of the Ming (1368-1644) and Qing (1644-1911) dynasties a number of theoretical works were written about it. One of them was Yijinjing a widely – read book of the Ming Dynasty which expounded the theory of incorporating internal work (qigong) into (wushu) exercises of the Shaolin school.

The “internal work” of wushu contributes to its health-keeping effects while the “external work” underlines its combative value. The two combine to form the characteristic features of Chinese wushu.

An essential part of internal work is mental training, which is to guide physical movements with the power of the mind. The importance of mental training in martial arts practice was described in a story about Yue Nu, a famous swordswoman of the Yue State of the Warring States Period (475-221BC). as narrated in the history book Wuyue Chunqiu (Annals of the Yue State). One day, Gou Jian, king of the Yue State, asked Yue Nu about ways of achieving excellence in swordsmanship. To this Yue Nu replied, ‘ The most important thing for you to do in hand to-hand combats is try to collect yourself inwardly while assuming an outward appearance of perfect calmness. That way, you look like a gracious lady but will prove as powerful as a | tiger in fighting.”

During the Ming Dynasty which witnessed a boom in fighting arts, Qi Jiguang, a famous general who contributed much to the development of wushu theories unequivocally referred to mental training as part of wushu training and military drills in his writings. Emphasizing the need of courage for the making of a great fighter, he said, “A coward would crumble in the face of a fierce enemy even if he has very good skills.” In his opinion, courage is something that can only be acquired through conscientious training.

Because of its extreme importance, mental training is applied in all kinds of wushu exercise. Xingyiquan, for instance, requires that the body movements be governed by the mind. Taijiquan, too, emphasizes the guiding role of the mind, which adds to the health benefits of the bodily exercise. The same can be said of shaolinquan and other schools of boxing.

Mental training in wushu has a long history. As early as the Spring and Autumn Period (770-476 BC), doctors and keep-fit specialists saw human life as a unity of the two opposite things: material and spirit. According to them, the human body is composed of Jing, qi  and shen. Jing and qi are both material that constitutes the shape of the body, while shen represents the spiritual aspect including consciousness and thinking. Shen is generated by jing and qi, while jing and qi are sustained by shen.

Such simple dialectics serves as the theoretical basis for traditional Chinese medicine and hygiene, as well as for the practice of wushu and qigong. It explains why wushu exercise can be effective only when due attention is paid to mental training.

Shen is generated by jing and qi, while jing and qi are sustained by shen.

Such simple dialectics serves as the theoretical basis for traditional Chinese medicine and hygiene, as well as for the practice of wushu and qigong. It explains why wushu exercise can be effective only when due attention is paid to mental training.

By Guang Lu
From Martial Arts of China Vol. 1, No. 2 , Page 87
Courtesy of Shaolin Brand

Break It Down: Breaking in Martial Arts

Kent Fung - September 2, 2013
We use cookies to ensure that we give you the best experience on our website. If you continue to use this site we will assume that you are happy with it.OkRead more