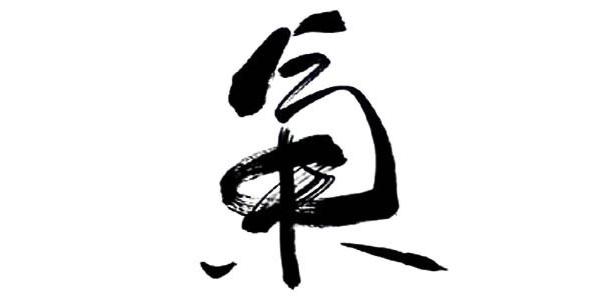 Controversies come and go in the martial arts community, but one topic that can always be relied upon to start a loud argument is the concept of qi, (or ki, if you are studying a Japanese or Korean style.) Qi is variously thought of as a real phenomenon, a trick of the mind used by charlatans, or a mental construct that is useful in helping students understand martial-arts concepts.

In this article, we will not enter into that debate, we will do so in a subsequent article. For now, we will only enter into a brief discussion of what qi is.

The Chinese believe that an energy flows throughout everything in the universe, and most particularly through all living things. So pervasive is this energy, in fact, that the word “qi” can mean not just energy, but also “breath” or “air”. The flow of qi governs everything in the natural world.

For example, the word for “weather” in Chinese “tian qi” – literally, the energy of the heavens and skies. To be lucky is “qiook qi” or “fortuitous energy”. Feng shui, the age old art, is the art of arranging your environment to enhance the flow of different kinds of energy in your home and your life so that you are surrounded by qi that enhances wealth, health and luck in general.

For living things – that includes us humans – the flow of qi is vital. No qi, no life. A newly dead person doesn’t differ physically from how he was when he was alive. The difference is that there is no qi going through his body.

But it’s not enough that qi flow through the body. It must do so correctly; through the proper channels. Qi is believed to flow through human body in channels called meridians. In a healthy person, qi flows along the meridians, freely and smoothly. When qi stagnates or goes off course due to a blockage in the meridian, sickness occurs, and if left untreated, eventually leads to deaih.

The qi must also be balanced, flowing in the proper proportions. Again, illness results if the balance is disrupted. When I talk about balanced “qi”, I mean that different types of qi are flowing in the body in their proper, natural proportions. This proportion is set at birth and is different for everyone. There are different types of qi, and each school of thought classifies them differently. The most common simple one comes from Taoism, which holds that everything in the universe is a combination of yin – the dark, female, cool, and mysterious – and yang – the bright, masculine, warm, and open. Taoists believe that there is a little yin in yang and vice versa.

Another school of thought classifies qi into the five classic “elements” – fire, earth, metal, water, and air. Students of this school of thought believe that people are born under the influence of one element, and too much of its opposite can weaken a person while too little can unbalance him. Both cause sickness. For instance, I was born under a water sign. Too much water or too little fire influence in my body, and I come down with something.

As well, each major organ is associated with a type of qi; there is heart qi,lung qi, liver qi, and so on. It gets very complicated and is beyond the scope of this article. Suffice it to say that the Chinese believe all illnesses, both physical and mental, result from some irregularity in the flow of qi. For instance, let’s say there is a blockage in your stomach meridian. Eventually, you might start developing digestive problems such as ulcers or frequent heartburn. Or, let’s say someone born under a fire sign develops too much fire energy – by eating too much red meat or spicy food, perhaps. A mental stability will develop; he or she will become short-tempered, sweat constantly or be unable to concentrate.

Chinese doctors also attribute many of the aches and pains we experience in old age to slight qi blockages caused by old injuries incurred in our youth. For example, perhaps an old man experiences constant aches and stiffness in his right knee. He might explain it as “that bum knee I tore way back in high school during the championship football game.” But a Chinese doctor will explain that what happened was that the knee was mostly healed, but not fully enough. Though it operated fine while the man was young and his qi naturally flowed strongly and vigorously enough to overpower any slight blockage, now that he is old and his qi flows more slowly, it gets stuck at the site of his old injury.

All traditional Chinese medical practices, therefore, strive to keep the balance of qi flow, and supply of qi strong. Herbs are classified as having various influences (fire, water, etc.) and administered to address deficiency. Acupuncture, acupressure and massage use external stimuli (such as needles) to access points along meridians that are relatively exposed in an effort to clear blockages and stimulate certain are qigong exercises such as qigong and meditation are intended to get qi flowing healthily; even foods are prescribed based on the effect on a body’s qi.

How does this relate to the martial arts? It depends on the style and the practitioner. qi For some, attention to qi development is important because it keeps the body healthy, and a fighter has to be healthy to succeed. It’s fairly simple.

Other fighters believe they can, through practice and concentration, learn to direct qi to various parts of their bodies. They’ll send qi to their hands to make their strikes more powerful, for example, or focus qi in their torso or neck areas to protect them from their opponents strikes, or send it down through their legs to make their stances stronger and more stable. It is the proper focus of qi that allows superhuman feats, such as breaking concrete slabs or being able to survive being run over by a car.

Still others strive to disrupt the opponents qi by striking acupoints, hoping to do internal damage and score seeming knockouts. Where an acupunturist uses knowledge of the body’s meridians and qi flow to heal, fighters like these strive to use their opponents’ own meridians against them. Like I said earlier, we won’t discuss the validity of qi in this article. But consider this: qi explains phenomena that can’t be explained by current western science, and the theory has proved useful for roughly a quarter of the world’s population for hundreds and hudreds of years. Whether or not qi is real, it does illustrate a field that is worth studying for its potential benefits.

The 5 Dimensions of Kyusho