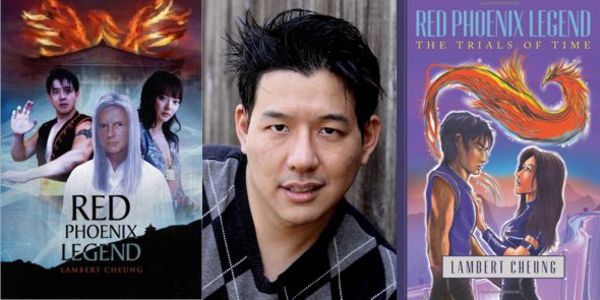 In this book, the author takes readers on a mythical adventure where a young man learns his destiny.

When Jasai was just a young boy, he loved listening to his guardian’s bedtime stories. Valdrayan often told him tales about kung fu and magic—but one particularly story, The Red Phoenix and the Endeavor of Light, has always fascinated the young boy. The Red Phoenix was a deity from the heavens that embodied all that was good, pure, and prosperous. The people of China worshipped her, and yet, there were others who not only worshipped her but devoted their lives to her completely. They were called the Endeavor of Light.

This clan of warrior monks was devoted not only to the glory of the Red Phoenix but to her protection as well.

So loyal they were to the Red Phoenix that they lost their lives when one of the monks betrayed the clan, allowing a vengeful enemy to destroy them all. Jasai grew up listening to these stories, which taught him the virtues of compassion and loyalty, while learning kung fu from Valdrayan.

At his early twenties, he was already a strong fighter who learned to use his powers responsibly. Unknown to Jasai, Valdrayan has honed him to become what he was to prepare him for, his destiny. Stories about the Red Phoenix and the Endeavor of Light were true; in fact, Valdrayan was an honorary warrior for the deity himself. And Jasai, the young man, was the only living descendant of the Endeavor of Light. Time will come that Jasai will have to face the vengeful enemy that killed his parents and destroyed the Temple of Damo, home of the warrior monks.
Can Valdrayan fulfill his destiny of preparing him for the worst, and can Jasai become a true warrior monk of the Endeavor of Light?

Red Phoenix Legend, The Trials of Time is the latest science fiction story by author Lambert Cheung. Five Years ago, Jasai set out on a quest to restore his people and save the lands of China. Along the way, Jasai came across two other brave warriors; Kang the Free Scholar of the Winds, and Mei Lin the White Rose. Together, the three of them, along with Jasai’s woman Ai Ling, defeated the one known as Insidious Teng Fei, brought back the rule to the true heir of the throne, Emperor Xing; and were able to restore Jasai’s people, the Endeavor of Light to it’s former glory. But now, Jasai finds himself caught in a conflict of two dynasties from ages past. Can Jasai and his people end the age old struggle once and for all? There will come a time when Jasai must choose between true love and saving the people of China. Torn between protecting all he believes in, and all that matters to him,his heart will be tested like never before. Under the guidance of their great Mistress; the Red Phoenix, Jasai and his comrades go forth on a journey that transcends time to once again fight for all they stand for. 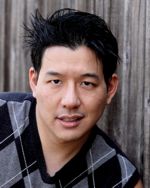 Lambert Cheung is a licensed Life Insurance Agent in the State of California. Over the years , his love of science fiction became a love for writing in which he now shares in his latest work, RED PHOENIX LEGEND: THE TRIALS OF TIME. Visit Lambert’s Web Site

Sensei Ryan Speaks Out About Valentines