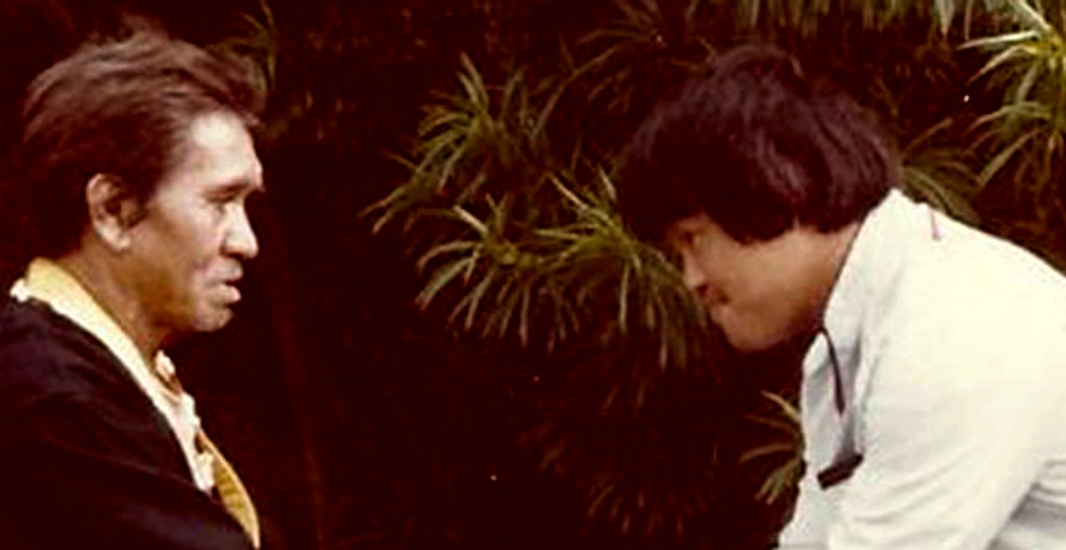 Sam Kuoha (Samuel Alama Kuoha) began his training at the age of four with his Uncle, Sensei Joe Mack Makahilahila, who was caring of him at that time. As Kuoha grew older his fascination with the arts grew as he watched his father, also Sam Kuoha, a full blooded Hawaiian who trained in the Hawaiian Art called, “Lua”. Lua is translated as “bonecrushing” and indeed it is.

At the age of 10, while training in Judo at the local YMCA, Sam observed a karate class and after watching it for a while, he approached his mother to take lessons. After a couple of years in Judo, he was introduced to a karate instructor, named Charles Kuheana. As things would turn out, Kuheana was a protege of William Chow’s. Kuoha ended up living in the same home set up as a Buddhist Temple, along with 5 other students training nearly 10 hours daily. Charles Kuheana started Sam in the Chinese Kenpo System. The meeting of Sam Kuoha and William Chow occurred several times when training was held at the Salvation Army Gym. The training of William Chow was tough and demanding and for this reason he rarely taught the younger students. Unlike Chow, Charles Kuheana was extremely patient and understanding with the students. Sam Kuoha assisted Charles Kuheana at the gym teaching others and at times had almost 100 students.

After high school, Sam Kuoha got married and moved back to an area where he had lived for most of his life. The area was called the Kalihi Area, and it was a tough neighborhood to have grown up in. There Sam met with Professor Chow, who lived only one street away. Sam had a dream of becoming a law enforcement officer, but at that time Hawaii had a strict height and weight requirement which was strictly enforced (at 21 years old, Kuoha stood 5′ 10″ and weighed a mere 135 lbs). However Sam Kuoha did have an opportunity to train the new officers in hand to hand combat, (better known as defensive tactics).

Sam Kuoha then moved to California where he eventually became a police officer. He began training in various systems of martial arts including Tae Kwon Do, Kung Fu, and an art that he truly loves for the internal teachings, Aikido. However, Sam became homesick for the art of Kenpo, and he made several calls to Hawaii in an attempt to find William Chow, but no-one knew of Chow’s where-abouts.

In the middle 70’s, Sam received a call from his mother, who was a friend of Patsy Chow, and Professor Chow was finally located and was willing to speak to Sam Kuoha. It should be noted that all efforts during this time to contact Charles Kuheana proved futile. Kuoha flew back to Hawaii and spent a few weeks with Professor Chow. He had no regular students at that time. Sam Kuoha began to train again with Professor Chow and having the ability to take several vacations during the year, he did so (as a law enforcement officer he built a lot of compensatory time and would have between 8-10 weeks each year). The training was intense and visits with his own family was very scarce. In a 3 week period, Kuoha and Chow would spend everyday from 9 AM to 10:00 PM. Sam Kuoha was dedicated and wanted to prove to himself, and to Professor Chow that he was exactly that, a dedicated student. 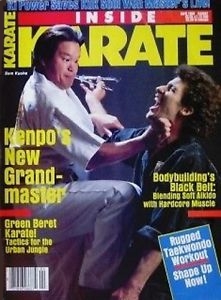 Professor Chow was dissatisfied with people who came to visit him for a few hours and then claimed to be dedicated and devoted students. Sam Kuoha was not one of those types of students. At the untimely passing of Professor William Chow in September of 1987, Sam Kuoha was still and today remains a dedicated and devoted student. Sam Kuoha became the leader of the Chinese Kara-Ho Kempo Karate system.

Having trained with Professor Chow just 5 weeks prior to his death, Sam took the time to introduce his daughter, Ka’imipono Renaye Kwai Sun, a child named after William Kwai Sun Chow. On this visit, William Chow brightly whispered to Ka’imi that she continue training and someday take over his system.