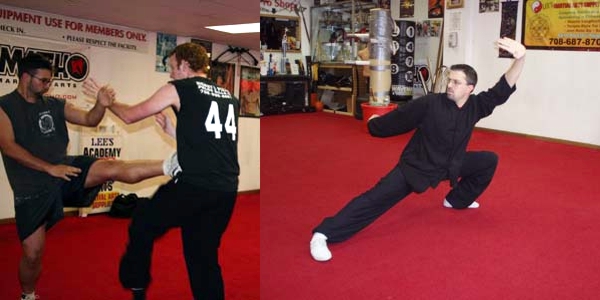 Scott Gordon is an instructor of Traditional Chinese Kenpo at Lee’s Academy of Kung Fu in Oak Forest. He will represent the U.S. at the 6th World Traditional Wushu Championship in China in October 2014.

Scott Gordon is an instructor of Traditional Chinese Kenpo at Lee’s Academy of Kung Fu in Oak Forest, Illinois. He was recently selected to the U.S. Traditional Wushu Team after completing trials in Tysons Corner, Virginia on Sunday, February 16, 2014. Scott Gordon will represent the United States at the 6th World Traditional Wushu Championship taking place in China in October 2014. Scott Gordon attended the Virginia trials as a student representative of Bei Dou Kung Fu Academy in Naperville, Illnois, where he has been training faithfully for more than two years.

“Scott Gordon is, and has been, a remarkable instructor for our young and adult students alike,” stated Danny Cichocki, owner and instructor at Lee’s Academy of Kung Fu. “His dedication to continued training and now his commitment to pursue his dream of competing for the US Wushu Team is nothing short of inspiring.”