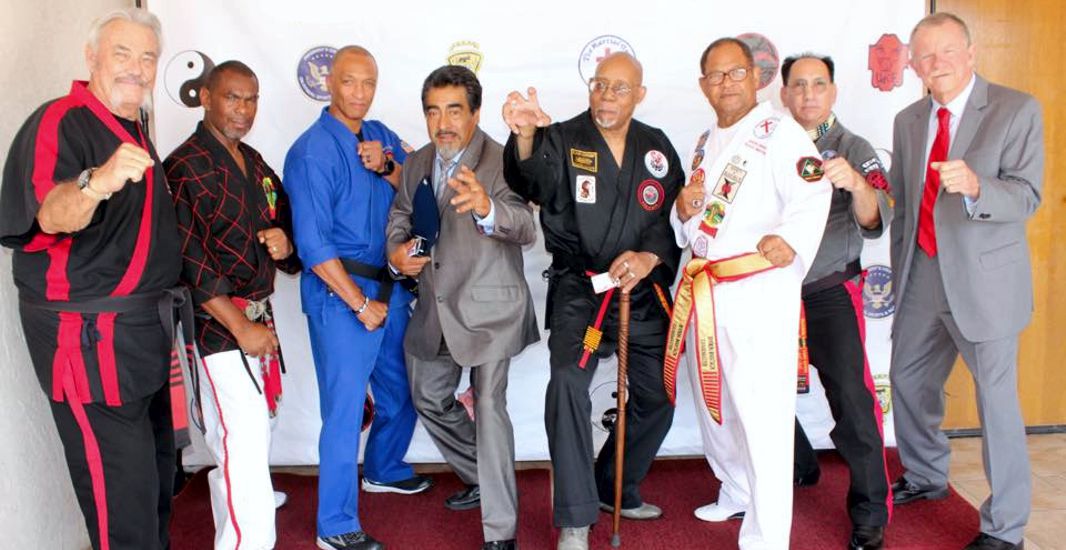 On Saturday, August 18, 2018, Bonita Valley Community Church was the venue of the 2018 Presidential Champion Award ceremony, hosted by Grand Master Byron Mantack and his Martial Arts Academy. The ceremony was well attended, with over a hundred prominent martial artists, family and friends attending. The event was an outstanding success and all who attended were thanked for showing respect to those who were being honored, and for their continued support for the martial arts. The opening prayer was done by Pastor Bob Mitchel, and the national anthem was sung by the reigning Miss Bonita, Samantha Fakhimi and Miss Chula Vista, Rebecca Ibarra.

Although not all honorees attended the ceremony, those who did were also presented with a certificate of congressional recognition and acknowledgment from the Congress of the United States, on the authority of California Congresswoman, the honorable Susan Davis.
Master Cynthia Prouder received the award that had been previously authorized. Grand Master Robbie Lee presented several individuals, including Grand Master Byron Mantack, with a Lifetime Achievement Award from Governor Jerry Brown of California. Sifu Eric Lee (The King of Kata) made a special presentation of one of his beautiful Dragon jackets to GM Mantack as well. Grand Master Byron Mantack was also inducted into the Black Dragon Fighting Society by the board of directors and officers of the Black Dragon Fighting Society. Prior to his death, Doctor Day had approved GM Mantack’s admittance; however, when Doctor Day passed that application was placed on hold. Since then GM Mantack was approved by the board of directors and Soke Donald Miskel the current head of the Black Dragon Fighting Society. GM Mantack has sworn to maintain his membership in this fraternal order with dignity, and obey all rules and regulations of the society.

Congratulations to all the Presidential Champion Award honorees who represent some of the highest degree of character and integrity in the martial arts.