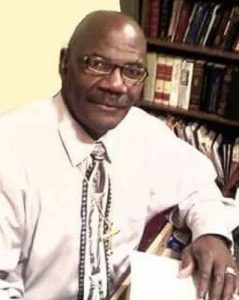 Grandmaster Donnie Williams was born in 1947 in Savannah, Georgia. His early upbringing in the ghetto gave him a keen instinct for survival, which he channeled into his martial arts training to become one of the most dynamic and outspoken personalities in sport karate. By the time he retired from competition, Williams had amassed more than 85 championship trophies and began to appear in several motion pictures, including “Truck Turner,” “Black Belt Jones” and most notably “Enter The Dragon.”

Donnie Williams began his martial arts training in Texas with a brief introduction to the shotakan karate system under sensei Jerry Atkins. Shortly thereafter, he enlisted in the U.S.Navy. His four-year tour took him to Korea, where he received his first exposure to taekwondo. Williams immersed himself in training and continued his studies after returning to the states. Settling in California, he began training in that Korean art with master Byong Yu.

Four years later, he had developed into a superb kicker who gained renown on the tournament scene for his aggressive fighting style, as well as unique ring antics. It was this combination of fun and fury that earned Williams the nickname “Clown Prince of Karate.”
It was during this time of tournament competition that Donnie Williams met Steve Muhammad. During the ensuing 14 years, Williams learned about Muhammad’s deceptive kenpo techniques.

As a co-founder of the Black Karate Federation, along with Steve Muhammad and the other visionary African-American martial artists of his time, Donnie Williams was particularly instrumental in molding an organization that would represent, train and support black martial artists and tournament competitors nationwide. His outspoken, yet firm and friendly approach – combined with the quiet leadership of Steve Muhammad – helped to carve a trail that hundreds of inner city youth would follow for decades to come.

As a born leader and entrepreneur, Donnie Williams has been the pioneer and catalyst for every significant milestone for the BKF, such as the negotiations that led to the publication of “Championship Kenpo,” for which he is co-author, the wildly successful “BKF Magazine,” and “The God Side of Kenpo.”

As his experiences with the life-changing benefits of martial arts study became more apparent, Donnie Williams began to more vigorously pursue his spiritual calling. This has led to what Williams acknowledges as his most significant achievement. Today, Donnie Williams is more often referred to as Bishop Williams since becoming an ordained Bishop of a non-denominational congregation in Southern California known as The Family Church. As a minister and spiritual guide, Bishop Williams infuses every sermon with his full life’s experience as a warrior, leader, media personality and teacher.

USAdojo - July 12, 2005
We use cookies to ensure that we give you the best experience on our website. If you continue to use this site we will assume that you are happy with it.OkRead more