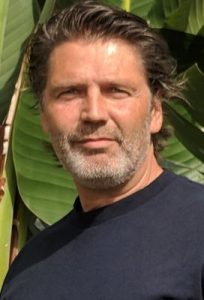 Grandmaster Brian Adams has spent over 40 years studying and teaching various forms of martial arts and related disciplines. As a student, at Pasadena City College, studying psychology and philosophy, he began his career in the martial arts. He first studied Kenpo Karate under Senior Grandmaster Edmund K. Parker. As his studies progressed, he began to realize the great values in combined physical and mental training.

In 1964, Brian Adams opened his first Kenpo Karate School in San Diego, CA. that became the largest school in San Diego, at the time, and became the original base of operations for his continued studies. Knowing the importance of the physical aspects and dangers of the Martial Arts, Brian Adams researched and published The Medical Implications of Karate Blows in 1969. It was later republished and is on the market now as Deadly Karate Blows.

As part of his research and inspirations, Grandmaster Brian Adams trained with Bruce Lee and Dan Inosanto, and has extensive training in the White Tiger Kung Fu, traditional 18 short and 18 long Chinese’s weapons under Grandmaster Wai Fong Doo. He has also studied Koizumi style swordplay, short and long, with Robert Hasty, and trained in the art of Tai Ho Jitsu, with Master David German.

In 1977, Grandmaster Brian Adams was awarded the status of “Teacher for Life,” in the Martial Arts, by the California Community Colleges. He developed the first martial arts aerobics-training program in San Diego (Black Belt magazine, 1977), and taught stage combat at US International University. In addition, Grandmaster Brian Adams has developed and taught a training program titled “Restraining and Handling of Institutionalized Patients,” for Psychiatric Hospital personals. 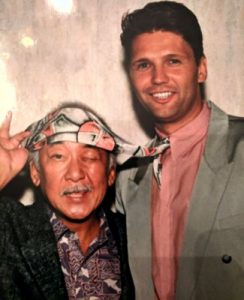 He is a Member of the Center for Chinese Medicine, and his studies, under Dr. Pedro Chan, encompassed pain reduction, first aid, bodywork and acupressure for health, massage and weight control.

Grandmaster Brian Adams is a certified auricular therapist (ACU-clinics of California) and a Dietary Consultant (International Institute of Natural Health Science, Inc.) To further his knowledge and understanding; he studied meditation, under Swami Satya Pujari, at the Bhagwan Shree Rajneesh Ashram in India, and has continued his studies of Iyengar Hatha Yoga.

Grandmaster Brian Adams now devotes much of his time to training and educating martial arts schools and practitioners in the fun and fine art of “Universal Hand and Weapon Martial Arts” through the vehicle of Ju-jitsu, Stick Ju-jitsu, Boxing, Kenpo, Philippine arts, and White Tiger Kung Fu. The purpose of which is to develop an individual’s creativity, intuition, and spontaneity in as short of time as possible.