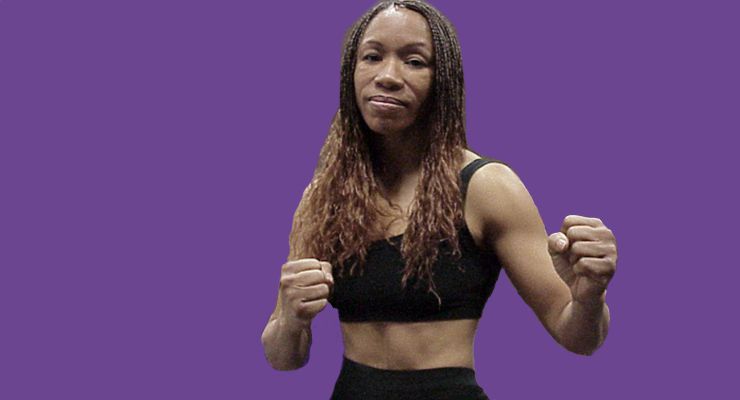 Cynthia Prouder was born on June 13, 1963 in Columbus, Mississippi and came to Los Angeles, California when she was 6 years old with her single mother and older brother, Alvin. She was raised in Culver City where her mother put she and her brother into a karate class to keep them away from drugs and the gangs. Alvin became an international karate and kickboxing champion, and a boxing champion and Cynthia followed in his footsteps competing in karate and kickboxing and then, in 1997, she began training seriously as a boxer, becoming a Super-Featherweight boxer. Her boxing lead to her becoming a stuntwoman and actress. Cynthia Prouder is known for her work on Million Dollar Baby (2004), Man on the Moon(1999) and Under Lock and Key (1995).

Cynthia Prouder got into the entertainment industry after a call came into the gym where she and other female boxers were working out. Nike needed extras for a commercial, and Cynthia Prouder decided to get on board. As a featherweight fighter with a 5-9-1, record, she trained full time so she could reach her goal of becoming a champion.

Nike already had a professional actress hired to play the boxer, but after Prouder let loose on the bag, the casting directors changed their minds and gave Cynthia Prouder the job as the boxer. After the Nike commercial began running on national television, Cynthia Prouder quit her job as a Frito-Lay sales representative and she went back to full time training as a boxer.

Just when her brother, Alvin Prouder, began winning as a boxer he was shot on the streets of Culver City. “They didn’t think he was going to make it,” Cynthia Prouder said. “They wrote him off and said if he did live, he would be a vegetable.”

Even after her brother was hurt, Cynthia kept motivated working with former boxer and kickboxer from Detroit, Eric Brown, who trained, managed and inspired Cynthia.