Professor Chad Robichaux is a 3rd degree Brazilian Jiu-Jitsu Black Belt under Carlson Gracie Jr and is a former Professional Mixed Martial Arts Champion having competed at the highest levels of the sport.

Chad is a former Force Recon Marine and DoD Contractor with eight deployments to Afghanistan as part of a Joint Special Operations Command (JSOC) Task Force. After overcoming his personal battles with PTSd and nearly becoming a veteran suicide statistic, Chad founded the Mighty Oaks Foundation, a leading non-profit, serving the active duty and military veteran communities with highly successful faith-based combat trauma and resiliency programs. Having spoken to over 250,000 active-duty troops and led life-saving programs for over 4,000 active military and veterans at four Mighty Oaks Ranches around the Nation, Chad has become a go-to resource and is considered a subject matter expert on faith-based solutions to PTSd, having advised the former Presidential Administration, Congress, the VA the DoD and was appointed to serve as the Chairman of a White House Veterans Coalition. He is also the President and Founder of Save Our Allies, whose mission is focused on the evacuation and recovery of Americans and our allies trapped in Afghanistan. He together with a small coalition of military veterans saw that they had to stand up and answer the desperate call for help, and fulfill the promise we made to those who aided our mission in Afghanistan. To date they have recovered over 12,000+ allies and US Citizens who potentially faced death at the hands of the Taliban.

Chad is a bestselling author and has written six books related to veteran care donating over 150,000 copies to the troops during his resiliency speaking tours. He is the host of the popular weekly show Situation Report (Salem Media Group) and Robo Show, both nationally syndicated. Chad is regularly featured on national media, and has been a contributor to Fox News, Newsmax and The Blaze. Chad’s story was notably shared in a short film by I Am Second. Currently, and a life-story motion picture movie is being produced based on Chad’s #1 best-selling book, An Unfair Advantage.

In addition to Chad’s military service, he has served our nation as a Special Agent with the US Federal Air Marshal Service and the US State Department as a Surveillance Detection Senior Program Manager. Chad is a Medal of Valor recipient for his bravery beyond the call of duty in law enforcement. Chad is married to his wife Kathy of 27 years, and they have a daughter and two sons. Hunter and Hayden are both 3rd generation Marines in the Robichaux family and share Chad’s passion as lifelong martial artists. 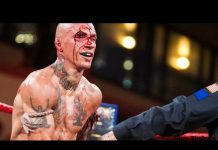 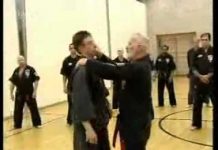 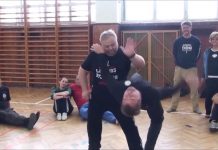