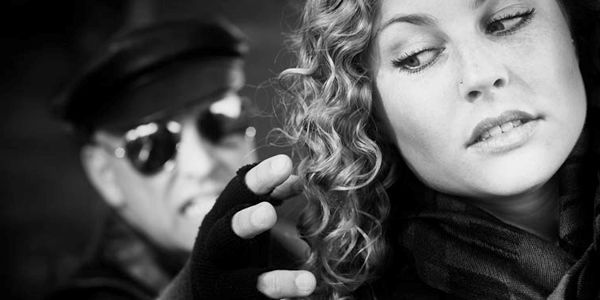 When delving into the topic of self-defense, one must be able to articulate the goal desired. What is it the instructor wishes to impart to his or her students? More to the point, what is the knowledge base and understanding of the instructor regarding all of the techniques and issues surrounding the self-defense training and use of such tactics and force? These are just a few questions martial artists must ask themselves when preparing to develop the ability to apply defensive tactics in a given situation, let alone teach them to others. From my perspective, that having been developed from the combination of over forty years of martial arts training and thirty-six years in the law enforcement career field, it is the level and degree of the response to an attack that’s important. The student’s likely situation is taken into consideration. The age and size are also put into the equation. Are you teaching flashy gee wiz stuff?  Or are you teaching realism and practicality in your self-defense program?

I’ve found taking all of these factors into consideration is important in order to provide a person with the best understanding of what self-defense really should be. What you teach people should fit the possible situation, environment, attitude, size of the student, and be in line with the use of force laws of your state. For instance, you don’t teach a grade school child the same self-defense you teach an adult. Most confrontations in the schoolyard involve someone being bullied, though sadly, the use of weapons resulting in serious injury or death has become all too common. When I instruct police personnel, I incorporate the “Use of Force Compendium” because that is part of the legal requirements every cop must have an innate understanding of. You also must take into consideration the laws of your respective state.  What constitutes an appropriate level of self-defense in one state may not work in another. Most states adhere to the acceptance of people defending themselves until the attacker (s) is/are no longer a threat. Other states throw into the equation the skill factor and training a person has when considering what was or was not a proper response.  Texas recently passed the “Castle Doctrine.” This new law change the requirement people had to retreat if that was possible. The new law now says a person may stand their ground.  Additionally, if the attacker is injured or even killed, no civil action may be taken against the party who’s defense resulted in the attacker’s injury or death.

I teach three levels of response to a self-defense situation when dealing with civilian students. The first is the soft response.  In this situation the attacker is not really a threat but must be neutralized. It could be a drunk on the street or a family member in a quarrelsome situation. In defending against such an attack or affront we don’t want to cause serious injury. The goal here is to quell the aggression and pacify the individual, or to give us time to escape. In such self-defense responses, joint locks, pressure point applications, and come along techniques are preferable, though knocking the breath out of them can also accomplish the desired result.

In the second (or medium) self-defense response we leave the individual momentarily incapacitated. This could result from a traumatizing blow to a major muscle or nerve group or knocking the air out of the attacker. (This physiological result may also occur in the soft response, but to a lesser degree.)

The last self-defense level is the hard response. This is necessary when a weapon wielding person whose intent it is to seriously injure or kill you attacks. Here, minimally, something breaks.  In all responses I emphasize not fighting force with force. A smaller person is not going to be able to defend against a larger, stronger one by using strength. Strikes to nerve areas and the redirection of the attacker’s energies are the route and tactic of choice.

Over the years I’ve found that a simplistic application of soft, medium and hard self-defense responses, taught with the appropriate understanding and attitude toward the opponent, helps give students the necessary tools to defend themselves while staying within the parameters of the law. Keeping self-defense techniques and responses simple is also important. Why teach kicking to the head when lower kicks are safer (less risky) and more effective? Bruce Lee put it best when he said kicks should never be above the waist (though there are variations on this theme). The idea is to defend yourself as quickly and effectively as possible, using the minimum amount of force for a given situation.

Instructors should also broaden their understanding and ability in other types of martial arts. Karate techniques, coupled with Aikido or Aiki-Jujitsu tactics make for a really well rounded ability on the part of the instructor to address the student’s defense concerns.