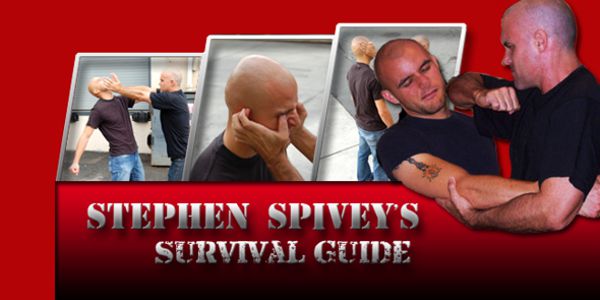 As a predator attacks, your body will go into an adrenal state. You are flooded with adrenaline (epinephrine), noradrenalin and cortisol. The good news is these chemicals perform several positive actions in the body that make them very effective. They dilate the pupils to increase the amount of light that enters the eyes, they cause sweating to help dissipate heat, they increase the heart rate and force contraction, which will increase blood flow to the muscles so they are ready to move, and they make glucose available in the blood for use by other organs. All these hormones work together in conjunction to assure that we can both engage in a physical altercation (Fight) or escape and avoid (Flight). Despite our bodies’ best efforts, however, without proper training a surge of these chemicals can cause the body to freeze.

The Danger of the Freeze
When hormones and emotions spin out of control, we freeze, making it impossible to perform complicated and detailed movements. As our mind recognizes stimuli from an aggressor, it starts to evaluate potential outcomes and will execute the response most needed to ensure survival, whether that is fight of flight. All of this occurs within a fraction of a second. But if we are not prepared for this situation, we may experience the Freeze. Most violent attacks are over within seconds and you have to act quickly with instinctive principles and techniques. You cannot afford to freeze when your most valuable asset, your life, is at stake.

What the F.B.I. Says: The Need to Fight through the Freeze
“It is extremely difficult to control one’s biological, psychological, and emotional reactions to life and death circumstances. But it is even more difficult to do so without adequate, realistic, and prior training–along with proper mental and physical preparation. Training often determines which persons survive and which ones suffer injury or death. Training that is realistic, repetitive, understandable, and believable potentially reduces the non-adaptive effects of human evolution. In preparing for a highly-charged emotional event, effective and realistic training can reduce its intensity (levels of arousal), allowing higher cognitive functioning to prevail.” – Violent Encounters (U.S. Dept. of Justice; 2006) 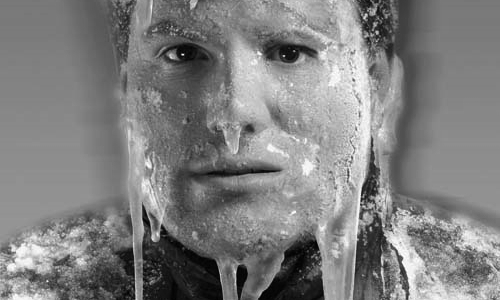 The Answer to fighting through the Freeze
Until fairly recently, students of self defense were not trained under mental or emotional duress, nor were they taught to deal with verbal confrontation. Let’s use common sense – usually what proceeds’ a physical attack are biological giveaways that can and often do include verbal aggression and body posturing. So the obvious step in training is to cover those scenarios, right? Unfortunately, stories abound of black belts and others who were engaged by aggressors and would freeze because they could just not process the information before them. So first things first; once we learn the critical aspect of verbal engagement and body posturing, then we can move on to physical engagement. In order to physically defend ourselves, we need to be prepared to utilize gross motor skills and simple techniques under duress. Finally, from that basis, we can build on more detailed techniques that ensure a complete arsenal of self defense tools. Techniques added along the way must be instinctive, natural movements as these are always efficient and effective and can be parlayed into devastating strikes that decimate the aggressor(s).

We know this: self-defense is not a complicated mathematical equation. Virtually anyone can learn to defend himself, but we must be taught in a logical manner that considers the body’s natural reactions – fight, flight, or freeze – to aggressive confrontation. This type of self defense is street relevant and practical because it considers the mental, emotional, and physical challenges we face when dealing with a threat.

It is very simple: competence breeds confidence, so it makes sense that the more confident you are in defending yourself, the less you will be affected by stress and anxiety. The need for intelligent self-defense training is imperative as the risk of encountering a violent situation becomes increasingly real. The great news is we are seeing some fantastic instructors emerge with great skill sets to pass along to the public. Do your homework and seek instructors out with due diligence, because as with everything there will be imitators out there who do not have the formally educated or properly trained. Educate yourself accordingly at a good facility with a competent staff and enjoy the fruits of your labor.

Expect the best in life, but be prepared for the unexpected!

Humility is Key to a Fighter’s Success