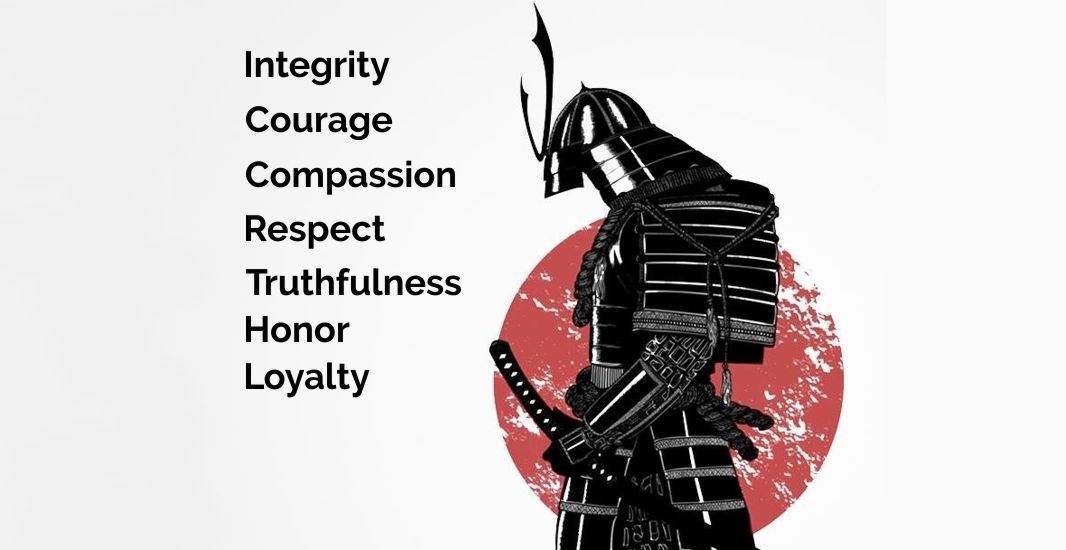 When first taking on this article, I thought I had a good grasp on the subject matter, after all, I am a warrior, right? The words “warrior” and “mindset” are thrown around in many circles, almost like everyone knows what those words mean. The more I dug into the topic, the more confused I became, and so I went to the trusty old dictionary for definitions of both words. What could be simpler?

Definitions of Warrior and Mindset
Warrior: a person engaged or experienced in warfare; a person engaged in some struggle or conflict.
Mindset: a mental attitude or inclination; a fixed state of mind.

Looking at these definitions, I might gather that a warrior is one who is experienced in handling the hard knocks in life with an inflexible state of mind, almost like struggling to open a jar of pickles!

I then read numerous articles about developing something called the warrior mindset. Invariably, these articles all deal with military, law enforcement, and first responders. Cool enough, but there was no clear understanding presented to me of what the use of these two words really means.

I kept digging into books and articles about training techniques, and methods that should be practiced over and over again to develop and achieve “burned-in” muscle memory that can be applied without consciously thinking about it.

So, I broadened the search and added martial arts to it and found articles written by some pretty impressive black belts who train law enforcement and military personnel. It was beginning to feel like “ground hog day!”

(Note to reader: I mean no disrespect here, I firmly believe in the repetitive and reiterative dances and techniques to build and sharpen the tools in our subconscious tool belt. I further have nothing but respect for those who train our military, law enforcement, and all other first responders. You are to be admired!)

What is a True Warrior?
I’ve asked myself that question several times over the years, and maybe a good starting point is part of the eulogy that I wrote and presented at my dad’s celebration of life, 25 years ago. His name was Bill, and he was the fifth of six children, and the youngest boy. He was an incredible athlete and was a college All American, and a starter on the All-Star team back in 1947.

He played professional football for one year. He was also a veteran of WWII, a successful business man in the construction industry, a loving husband to my mom for just over 50 years, and a great dad to my younger brother and me. Life wasn’t always easy for my dad, he battled severe dyslexia that effected every facet of his life, but he was really good at turning lemons into lemonade.

Here are the first few sentences and the last of Dad’s eulogy presented in 1994:
“Through many years of martial arts study, then branching into historical and philosophical studies, I’ve arrived at a different idea, or picture, of what a warrior is. I now say that a warrior is one who takes a stand to protect family, state, and/or country – constituency.
A true warrior is rarely someone who starts a war or ends one. A warrior is the one who must fight, or not, in the best interest of the constituency. The warrior is the one who bears the best interests of those he or she protects, wearing the scars to prove it. As true warriors age, their wisdom grows from the experience…. The difference between youthful warriors and old warriors is the wisdom to choose which battles to fight.”

Through research and investigation, I find that today’s warrior is a minority in most populations. This minority is individually, and as a group, comprised of people that are duty bound to protect and to serve their constituency, large or small, through making well informed decisions, or taking actions that benefit those that they protect.

These warriors are not necessarily police officers or soldiers, but may simply be citizens who find themselves in the position to protect the interests of a group, small or large, that I’ve chosen to call their constituency. Today’s warriors may never take up weapons, as we know them, but are still positioned to serve and to protect, even if it’s just for themselves.

What is NOT the Warrior Mindset
We are told by some in our society that warriors are crude and violent, not having the “intelligence” to know what’s truly “right or wrong,” while others will tell us that warriors are a necessary evil required to protect us.

Throughout history, the warrior class can be seen in many different societies, variably as heroes and louts, or as protectors and attackers, and as those who are not content unless they are running off to do battle in some far-distant place.

Warriors are rarely seen as those who carry out the wishes of others, outside of the warrior-class (politicians), who have some purpose in mind, often a hidden purpose, unknown to even the constituency.

Throughout history, as we know it, true warriors have been confused with hordes of opportunists or savages sent to rape, pillage, and loot the wealth of foreign lands, subjugating the people of those lands. In some lands, the warrior class was used to keep the people “in line” for a dictator or monarch, ensuring tax or patronage payments, or compliance with directives from above, and servitude. In many cases, the warriors looked at these duties as service to their country, their “powers-that-be,” or general service to the constituency.

What IS the Warrior Mindset?
We see examples of the modern warrior mindset in the military, law enforcement, first responders, plus medicine, education, and consumer affairs, but we still haven’t arrived at a single focus that is the warrior mindset. Without the core focus of what we have come to call the “warrior mindset,” we can only go blathering on, using too many words trying to describe what is likely, a most important part of humanity’s continued, and unique ability to survive, consequently losing perspective and direction.

I understand that this is a very broad statement, but it has come from digging in and researching the topic on a number of fronts. When I searched the web for the term, “warrior mindset,” it almost automatically came up with references to the military, followed by first responders, followed by martial artists. Invariably, all of these covered physical training methods, yet never really defined the warrior mindset.

I have found that warriors are those who engage in battle or conflict, not necessarily warfare, but who train themselves physically, mentally, and spiritually through repeated practice and exercise, that has them remain sharp and at the ready for challenges that can come at a moment’s notice.

This is all done to develop a mindset that allows consistent, though adjustable, responses to varied situations. However, what I have also found, which separates true warriors and their mindset from textbook and dictionary definitions, is the constant pursuit of new knowledge that keeps the true warrior thinking “ahead of the game,” clear, and flexible.

No matter how far the warrior mindset travels from the textbook definitions, warriors always fight for the advantage of their constituency, even unto their own ultimate demise, always driving ahead, letting no obstacle remain in the way. The warrior also insures that his or her thinking remains malleable, by taking on the role of teacher and making continuous improvements and adjustments in the knowledge and abilities of subordinates or students.

This way, the warrior mindset is constantly changing, rather than staying rigid or static, as the text book and dictionary definitions seem to imply, all while staying true to the basic warrior principles, which have existed for a hundreds of years. Even on the field of battle, strategies and tactics are more-or-less in a constant state of change, based on location, climate, rules of engagement, local custom, and the like.

In today’s world, I believe that there are many more true warriors who are outside the circle of soldiers, law enforcement, and first responders. The warrior mindset isn’t for everyone, nor is it totally consistent across different professions or career paths, but there are warriors applying the mindset outside of our classical areas of understanding.

For any number of reasons, many warriors are victims of unjust governments, of disease, or of inclement weather, while still others are fighting to set pathways to freedom, find cures, or rescue those who are victimized by the forces of nature.

Summary and Findings
In the course of preparing this chapter, I found that warriors, and the warrior mindset, extends beyond the classical understandings and definitions.

Furthermore, I discovered that what we have considered the exclusive domain of the warrior has been expanding over time. It now includes those outside the first tier of “warriordom.”

The definition I found, and distilled into a long sentence, honors various warrior lifestyle codes, dating back hundreds of years, as reflected by the 7 Principles of Bushido – Integrity, Courage, Compassion, Respect, Truthfulness, Honor, and Loyalty. With this, and similar codes in mind, I define the warrior mindset as:

The result of training, physically, mentally, and spiritually, through repeated practice and exercise, that keeps the warrior sharp and at the ready, for challenges that can come at a moment’s notice.

In this way, the warrior, however defined, is ready to serve when and where needed, armed with the latest techniques, tools and thinking required to accomplish the task at hand.