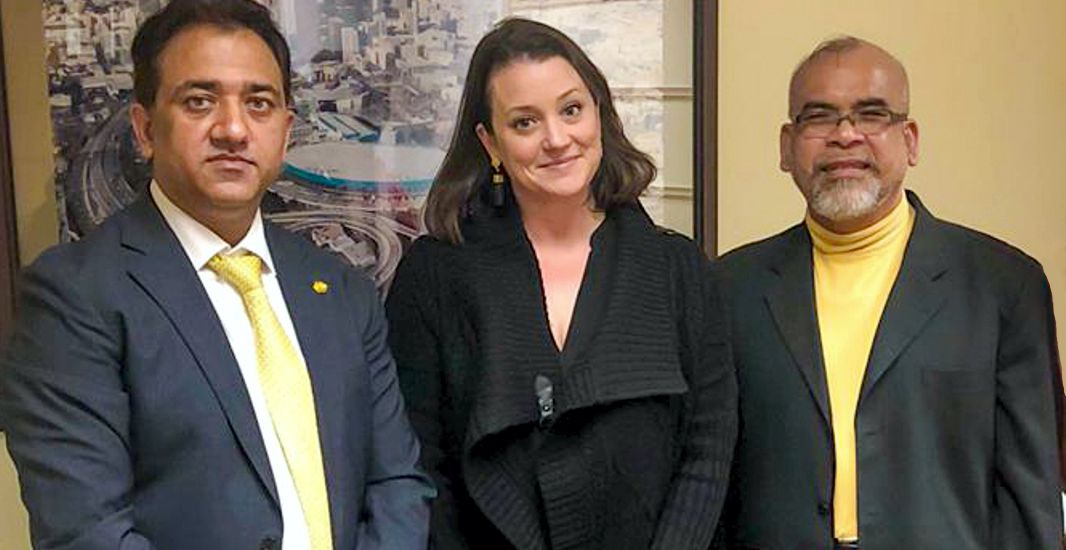 Mr. Shammi Rana TSG UNESCO met with Erin Bromaghim, the Director of Olympic and Paralympic Development in the Office of the Mayor of Los Angeles.

The United Nations Educational Scientific and Cultural Organization is leaving no stone unturned in her bid to galvanize support for Traditional Sports and games. Shammi Rana, Rapporteur of the Adhoc Advisory Committee of UNESCO TSG as well as other members of the committee have been meeting with presidents, ministers and the who is who in sports to help spread the mandate of UNESCO.

Earlier in February, Turkish businessman and third child of the President of Turkey, Bilal Erdogan invited TSG committee chairman Khalil Khan, and Shammi Rana to a forum for the revival of traditional sports held in Antalya in Turkey. At the meeting, Shammi Rana and Bilal Erdogan discussed about the hosting of the 4th Collective Consultative Meeting of Traditional Sports and Games in Turkey and ultimately the collaborative efforts towards promoting the concept of Traditional Sports and Games all over the world.

Bilal Erdogan who also is the chairman of Ethnosports Confederation – an alliance that seek to preserve and globalize institutional forms of united social and cultural space for all traditional styles of physical activity – and other members present at the forum were left impressed with the impassioned presentation from Mr. Khalil Khan who expounded on the framework and scope of UNESCO in taking the responsibility of coordinating traditional sports from various sporting institutions around the world.

Shaami Rana, Mr. Hari Osias Banaag and the rest of the committee are actively ramping up the support for TSG from all around the world with vigorous aim to realize their goals within the shortest time possible. Hari Osias Banaag is the president of Global Sikaran Federation and was also appointed as member of UNESCO TSG committee. Both he and Mr. Shammi Rana met with Erin Bromaghim who serves as the Director of Olympic and Paralympic Development in the Office of the Mayor of Los Angeles, Eric Garcetti. As Los Angeles has been chosen as the host city for the 2028 Summer Olympics, her role is focused on realizing the city’s plans to make Los Angeles more sustainable, inclusive, resilient and innovative in their preparation for the XXXIV Olympiad. The committee met with Ms. Erin to discuss the possibilities of hosting Traditional Sports and Games within the framework of LA Olympics 2028. Mr. Rana and his team highlighted in no small details how incorporating the TSGs will help project the image of the Los Angeles and help the city host a groundbreaking, all-inclusive and innovative Olympics.

The committee has been relentless in creating a formidable rapport with eminent figures in sports and in governments and recently met with Filipino boxer Emmanuel Dapridan Pacquiao to seek his support for TSGs. Meeting with Ms. Erin is yet another step in that direction as her work as the Conrad N. Hilton Foundation Fellow affords her familiarity with United Nations’ goals while her position gives the committee a good leverage to push through their aims for the 2028 Olympics and beyond.

In the photo at the top of the page are UNESCO’s Shammi Rana with Erin Bromaghim and Osias Banaag.