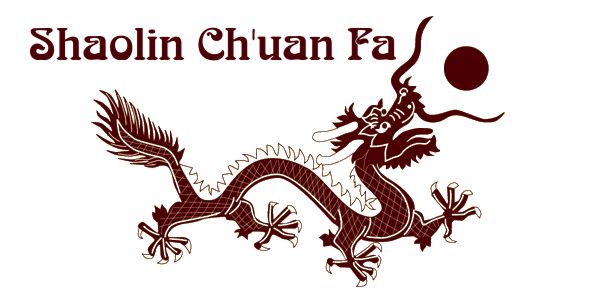 Shaolin Ch’uan Fa * means “The way of the Shaolin fist”, and stands for an ancient Chinese defense method.

Shaolin Ch’uan Fa originated in India about 5000 years ago. It is said that Buddha was so impressed by this martial art, that it was adopted by the Buddhists. Although Buddhism preaches love and serenity, it also needed to protect it’s laws, which couldn’t always be done with words.

In the 6th century, a monk named Bodhidharma brought Buddhism to China. China was divided in several small kingdoms in those days. Since Bodhidharma’s ideas about Buddhism differed quite a lot from Chinese traditional Buddhism, he wasn’t welcome in most kingdoms. Finally he was accepted in the kingdom of Wei, and he settled in Shaolin-ssu, a small monastery in what is now called the province of Honan (Henan).

There he preached meditation and unique exercises to keep the body in shape and the mind pure. These exercises evolved to very efficient fighting techniques, later called “Shaolin Ch’uan Fa”. It proved very useful in later centuries, as the monastery was attacked several times. In the beginning the techniques where secret, but soon the monks became famous as the best fighters in China, and the monks started to train the farmers, who where suppressed by the emperor. In later centuries Shaolin Ch’uan Fa (also referred to as Shaolin Kung-Fu) became the national martial art of China, and several different styles evolved throughout the country.

In the beginning of the 20th century Shaolin Ch’uan Fa was brought to Japan by Kung-Fu master Doshin So. He traveled through China, and combined all different styles in one method: Shaolin Kempo. Kempo is the Japanese expression for martial-arts, or fighting skills. From there Shaolin Kempo spread all over the world.

USAdojo - December 3, 2015
We use cookies to ensure that we give you the best experience on our website. If you continue to use this site we will assume that you are happy with it.OkRead more