Home Learning Center Out of Control Egos in the Martial Arts 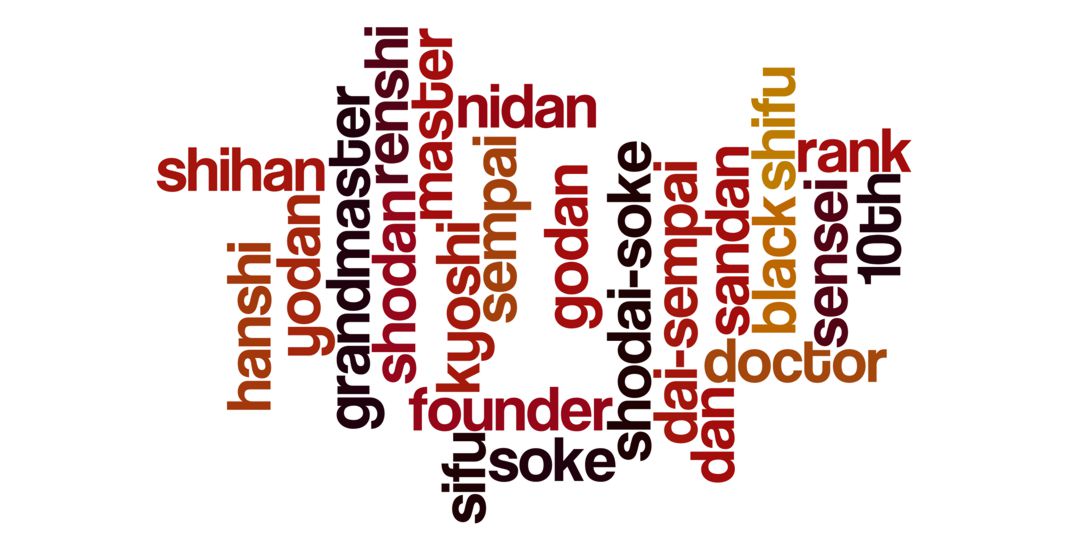 The martial arts world has changed in many ways since I entered its halls of honor, respect, and integrity. Don’t get me wrong, in some ways, it has changed for the better, but in my opinion, that only covers a small percentage of what is going on in this fractured industry. As the publisher of Action Martial Arts Magazine for the last 25 years, I have seen a lot of situations, progression, and digression, which many others may not have had the opportunity to see.

First, the growth of eclectic arts has exploded. In my 58 years in the arts, I have seen this happen exponentially. When I started, there were only a dozen arts that were known to the Western world, now there are thousands.

Yes, I understand the progression of many that want to set their place in the martial arts world. But there should be standards for this advancement. It should require a high rank, many, many years in the arts, active years, and experience in multiple factors that play a part in the martial arts.
I have a problem when I see a 25 year old martial artist wearing a 10th Dan and calling himself a Soke or Grandmaster. It gets under my skin when a non-established organization gives out rank, and I do mean “gives” rank. It just adds to the problems we are having in the martial arts world today. When I started in martial arts, there was Karate, Judo, and Kung Fu, with some subdivisions. These were our main separations in arts at the time.

Now, in today’s martial arts world, we have the MMA world, sport martial arts, reality martial arts, traditional martial arts, non-traditional martial arts, day care martial arts, and the business school of martial arts, and many more divisions within the many ranks and styles. My theory is, the more players in the arts, the more people we have jockeying for the higher positions in the food chain.
284
One of the crazy attachments to these titles are the non-traditional aspects of uniforms, colors, flags, stripes, etc. That’s not so bad; it’s kind of flashy and interesting, but along with this comes the belts and ranks.
When I started in martial arts, there were only three belts – white, black, and red. The red belt represented a Grandmaster, which at that time, there was only one, Gogan Yamaguchi “The Cat.” Now there are so many colors and decorations on the belts that I would need another two pages just to list them all. This is getting a bit ridiculous!

With the belt situation, I suspect it’s all about jealousy – who has the biggest belt, the coolest belt, or the most stripes. There was one group out of Ohio that decided to have custom belts made. They sent in the article about their convention and included a photo.
When I saw the photo of about 20 so-called Grandmasters, all wearing these six inch wide, multi-color belts that looked more like they were wearing some kind of sumo wrap, I wanted to laugh aloud. With that thought, it then became apparent that almost every one of them was so overweight that it did actually look more like a sumo wrestler convention than a martial arts photo.

My editor saw the photo and started to crack up! He made a great analogy, stating that, “The martial arts was turning into a big penis contest.” Looking back, he was right on the money.

An event comes to mind which illustrates how this over-compensation has gone wild in the martial arts. About 10 years back, I was at the Arnold Classic with my buddy, Chuck Zito, the late Joe Lewis, Nasty Anderson, and Tokey Hill. We were all walking through the event, when two gentlemen came up to me and said, “Sifu Goldberg, you need to do a cover on this Grandmaster. It would be our honor to introduce you to Dr. X, the only 14th degree black belt in the world.”

Well, like magic, three of my friends that were walking with me heard this claim and just disappeared. They just turned and walked away abruptly, leaving Tokey Hill and me standing there, with dead stares on our faces.

But, if you know me, you know I’m a little bit of a wise ass in situations like this. In reaction to the gentleman’s statement and claim of having a 14th degree black belt, I reached out and shook his hand and said, “An honor to meet you sir, but one question before I even contemplate doing a cover on you. Who was the 15th Dan that tested you and gave you this rank?” There was no answer. Two seconds later, Tokey and I just walked away to catch up with our friends, all the time shaking our heads in disbelief.

My pet peeve concerning this is the use of titles such as Dr. or Ph.D. by martial artists who did not earn these titles or degrees in a college. Let me be clear, this is a JOKE and against all the laws of higher education within the United States.

There are some organizations that give these false titles away, sell them, or simply award them. Besides being a complete sham, it is illegal under the law. If you claim to have a doctorate in martial arts, you are not legitimate, period.

Wearing my publisher’s hat, I met a martial artist from Baltimore that insisted he had eight, yes eight, Ph.D.’s under his name! Besides the fact that he was only 50 years old, his martial arts experience was so negligent in so many factors, that he should not have even had a high rank in any art.

So I mentioned to him (me being a wise ass), that he looked great for a 120 year old man, as he would have to be 120 years old to have earned eight Ph.D.’s. But yes, he was part of the good old boys club, you know, those guys who slap each other on the back and give each other rank and titles, and sometimes, even doctorate degrees. SAD!

My dislike for the unauthorized use of these titles comes from an incident during my publishing days. I received an article from a group out of Baltimore and Ohio (yes the same group with the Sumo convention), about an event they had just hosted. In the article, there was a list of all the martial artists that had received an award.

I was blown away by the fact that so many in this group had the title Dr. or Ph.D. attached to their names. It was like looking at the list of names with their titles was more like looking at a list of on-call doctors at the local Hospital. As the publisher, I would have been liable for printing that list, due to it being an illegal act. Most people don’t know that it is illegal to call yourself a doctor if you aren’t legitimately a doctor.

My second issue was with giving this group a platform, which would have verified their titles, because it would have been in print. My editor changed all the titles to Grandmasters, out of respect for the group, and because of some of the positive results the group had produced during their existence.

We went ahead and published the article in good faith. To my surprise, I was attacked by the board of directors of this group. I shrugged it off and moved on with the statement that we published in our bylaws, which state that, “We have the right to change or adjust any article sent to our office.”

I have seen many of these less than legitimate things in the martial arts, but the straw that broke the camel’s back was when I found out that a martial artist that runs a so-called “hall of fame,” was giving out Ph.D.’s as if they were real doctorates. I think he called them Doctorates in Asian Studies, basically meaning a Ph.D. in Martial Arts. This guy actually gave one of my students a doctorate degree and I was furious!

I hired a lawyer and got the penial codes for using, giving, or selling these degrees. This false, and illegal, use of these titles comes with up to one year in jail, and/or a $1,000 fine, in many states, per each incident.

Ten years ago, when every Tom, Dick, and Harry sent me paperwork for my Hall of Honors with these false titles on the paperwork, I had to convey that they could not use them due to the fact that they were against the law. I lost many new inductees those first few years because of this, but what the hell, these people were delusional in their idea of what standards of the martial arts are anyway.

After these incidents, and uncovering these frauds in the magazine, I was verbally attacked by a few of those wannabes on social media. They didn’t even have the backbone to do it under their real names; they used fake profiles like a coward. But I was able to track them down and confront them face-to-face. Because of this situation, none of them use the titles anymore, and even a few of them have come back to me and thanked me for stopping that insanity.

I just recently received an email from a gentleman using the title of Grandmaster, Soke, Dr. X, Ph.D. I contacted him about using these titles on his paperwork and never heard back from him. Oh well, another one bites the dust. I ask you, what happened to simply using the titles of Sensei or Sifu?

I will end this chapter by stating that there is no such thing as a Doctorate of Martial Arts. I even put my money where my mouth is concerning this. Sifu Jeff Wagner and I placed a bounty of $10,000, over 10 years ago, for anyone who could prove to us that they have a legitimate doctorate degree in martial arts, approved by the USA Higher Board of Education.

It cannot be some fake degree from some mail order, martial arts scam organization, but from an accredited college where they had to write and publish a thesis. Please come forward and collect your money if you have one! Needless to say, no one, to this date, has been able to show us such a degree. So I ask once again is there a Doctor of Philosophy in Martial Arts in the house? No? I didn’t think so.

Kimura: The Triumphs and Tragedy of One of Judo’s Greatest and...

The Declaration of Independence

USAdojo - July 4, 2015
We use cookies to ensure that we give you the best experience on our website. If you continue to use this site we will assume that you are happy with it.OkRead more