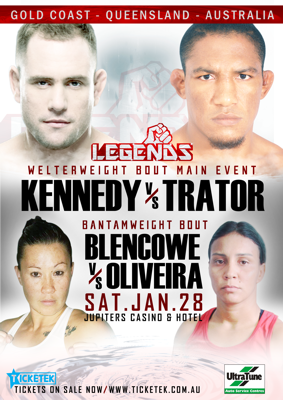 On January 28, 2017 at 7:00 AEST, James McSweeney and Sledgehammer Promotions LEGENDS took place at the  Jupiters Hotel and Casino in Gold Coast Queensland Australia. 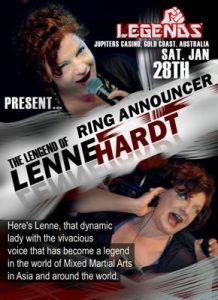 James McSweeney former UFC, ONEFC and KSW Veteran has officially retired from fighting and is now focusing on promoting fight shows. Throughout his career McSweeney has witnessed first hand the very best in fighting as well as the the very worse, and he is using his experiences to create the very best mixed martial arts promotion possible with the best support for his fighters. LEGENDS will be air on FOX SPORTS and McSweeney plans 3 more shows during 2017 and 4 more in 2018.

Tickets were available at Ticketek.

USAdojo - October 14, 2011
We use cookies to ensure that we give you the best experience on our website. If you continue to use this site we will assume that you are happy with it.OkRead more