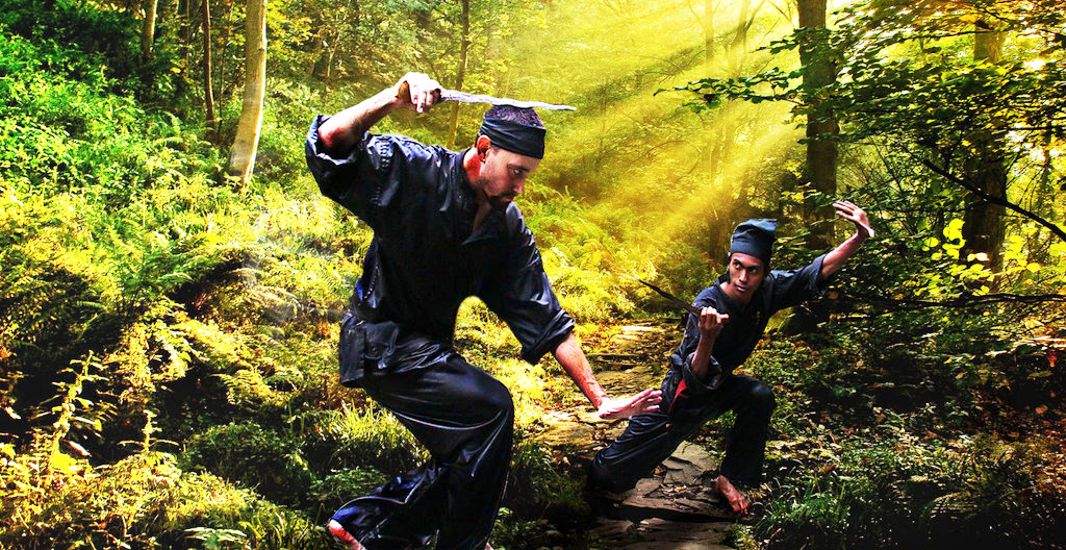 Silat is a term generally used to define the indigenous arts of Indonesia, Malaysia, and the Southern Philippines, countries comprising a cast archipelago of islands stretching 2000 miles in an east-west direction and 1600 miles in north-south direction. In Java, Indonesia, it is known as Pentjak Silat. The term, “Pentjak” loosely defined, refers to the ‘training for the application of the fight’ and ‘Silat’ being the ‘fight’ or ‘application’ itself. In Malaysia, it is known as Bersilat., the ‘Ber’ meaning ‘to do Silat.’ In the Southern Philippines it is known as Silat or Kuntaw. ‘Kuntaw’ being a newer slang term of Chinese origin but representing an art closer to Indonesian Silat in terms of combative structure.

The practice of Silat, according to martial arts researcher/hoplologist Donn Draeger, was known to be in use as early as the 6th century AD, although in a crude form. Pentjak Silat evolved and as Draeger notes, “…was by the 14th century polished and the technical property of the nobility – the Majapahit sultanas and their court officials. Commoners were excluded from learning its tactics.”

There are at least 150 recorded styles being practiced in and throughout these island areas and the differences between all of these styles are subtle. All Silat styles to a greater or lesser degree involve various complex and intricate empty hand and foot strike maneuvers, clever and unique multiple joint locking, sweeping and throwing manipulations.

The training regimens of many Silat systems consist of the following elements:

Some Silat systems start beginners with Langkah and others begin with Djurus. The Djurus consist of empty hand movements and postures. Within these movements and postures we find throws, locks, and grappling maneuvers, like using the hands, elbows, knees, shoulders, head, hips, as well as foot and hand maneuvers used for covering, parrying, evading, blocking, off balancing, trapping, pinning, pivots, breaks, wrenches, and chokes. The Djurus, when performed resemble the katas of kung fu and karate, but have a unique flavor of movement that is all its own. They are by comparison very flowing in execution and are very short in length.

Within the Djurus we find all the “on guard” positions. It is interesting know that a Silat man in his “on guard position” does not look like he is “on guard”. Because of training in the Djurus, he is made aware of the fact that from all positions and postures he can produce defensive counters to attacks. When asked what is the best position to fight from, Pendekar Paul de Thouars of the Serak system answers, “The best position to fight from is whatever position you are in at the time.”

Postures from various Djurus can be combined to give the enemy a false impression of vulnerability. Experienced practitioners can “read” what another Silat opponent is doing or “what he is up to” (i.e. how he will move in terms of what defenses and attacks he can expect). The familiarity with movement patterns is extrapolated from the Djurus. Not all systems of Pentjak Silat have Djurus or use Djurus the same way.

In some styles of Pentjak Silat, the Djurus are a technique sequence shadow boxed (without a partner). If a partner was used, then the exact same moves in sequence would be executed. In some styles like Bukti Negara Serak, the moves do not represent a technique in sequence at all. This can be confusing to martial artists watching the Djurus because the dance like moves don’t seem to make sense to them. The fighting applications of the moves are not obvious, so they will wrongly conclude that the moves have no combative function. You have to be an “insider” to understand the Djurus. Elders of the Serak clan insist that this is the way of the old fashioned systems of Silat. They maintain that the Djurus are not “mini katas” that have applications in the order that they are sequenced because that would be too limiting. You are limited to only one application which is the sequence. The Djurus, as taught in the older systems are thought of as conceptual and expansive learning tools. One motion of a Djuru with certain modifications is a key to unlock a plethora of practical applications.

This understanding of unlocking the Djurus for their interpretations can only come from teachers who have the experience and knowledge of the breakdown of the system. An analogy by Pendekar de Thoaurs describes this as such:

“Old Way” Silat is devoid of any dilution from the “New Way” techniques from martial arts such as judo, karate, boxing, etc. practiced today as sports throughout the world. Harder to understand at first, but leaves a lifetime of techniques once the understanding is reached.

Such teachers and practitioners are obviously hard to come by because such an understanding does not come overnight or in a short time. Only many hours and years of practice results in the explanations of the Djurus being of satisfaction to the trainee.

Knowing the Djurus does not mean you can fight with them or use the movements. The movements must be related to technique and the practical applications of these techniques. (There are no names for all these techniques since because there are too many of them, it is not practical to try to assign a name to each and every one.) Each interpretation must also be learned left and right because you never know what you will encounter. Thus, this teaches one not to have a favorite side.

The Djurus teach you that there is no favorite technique because that would be to limit yourself. As De Thouars says, “I have no favorite technique. All techniques become your favorite when you understand them.” Students who are learning the Djurus are taught a method of thinking that integrates with the process of studying and applying the Djurus. They must learn the Djurus perfectly because each movements has its own story to tell. Students are taught to examine the movement as a whole, then to dissect it into parts, the ending position, the transition motion, the reverse motion, the starting position. Techniques are then derived from each of these motions and positions.

By this method of examination and inquiry, the student may see a move that is unfamiliar, then proceed to go back and analyze his Djurus and try to find that motion. Once found, then that part of the Djurus becomes a mental prompter that reminds him of that technique. This is another reason why a Djuru can never be interpreted literally, The student must ask for himself the understanding of it (i.e. What is the value and meaning that can be produced out of these movements?). Practicing students are drilled to pay attention even to the smallest detail. As Pendekar De Thouars says, “You must value every move in the Djurus, otherwise they become empty moves. Like bullets in your gun, they better work. Why have a gun with bullets in it that don’t work.? There are many reasons for each movement so you must make each movement count when you practice.”

When you train the Djurus you can be training for different purposes such as:

On a spiritual level the Djurus are said to be a test and judge of character. If you watch a man perform his Djurus you can tell what kind of character he is. You can tell whether he is impatient, or a show off, whether he is quick to anger or if he is superficial. You can see by his physical execution of the movements whether he understands what he is doing, and if he has an attitude of commitment to what he is doing. This is what is meant when the elders of the Serak clan say: “You ‘fight’ with the Djurus.” It is also a mental and spiritual fight with yourself because if you are not mentally committed to practicing and your “heart” is not into it, then the Djurus will become boring exercises of no value. So you must constantly be careful to take the Djurus seriously and put your spirit into them when you practice. This will motivate you to look for answers. This will ultimately give meaning to your practice.