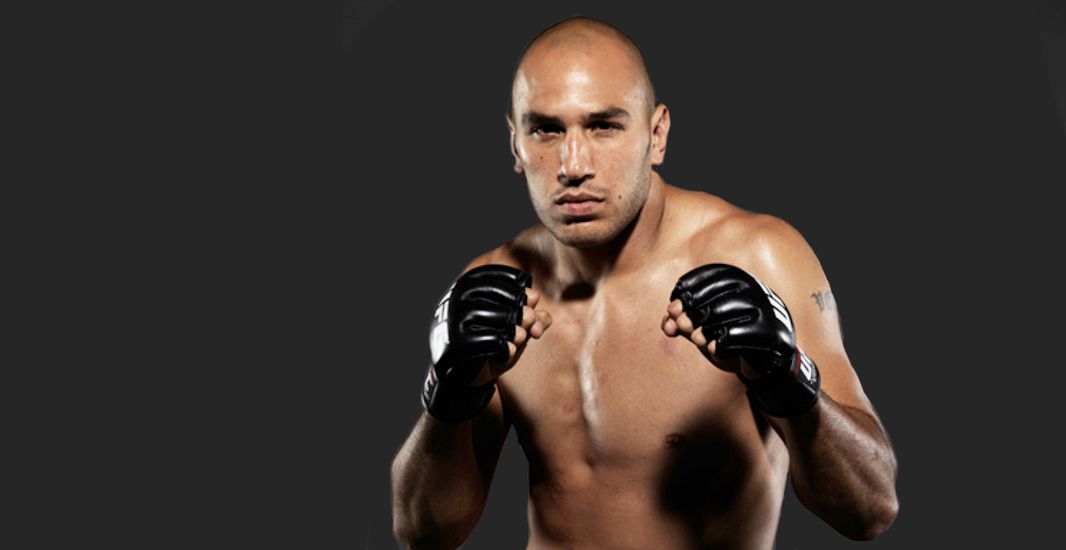 Brandon Vera was born October 10, 1977 in Bronx, New York. He is a Filipino/Italian-American mixed martial arts (MMA) fighter, who fought for the Ultimate Fighting Championship (UFC) and WEC is the 2005 WEC Heavyweight Grand Prix Champion. He is currently fighting for ONE FC.

Brandon Michael “The Truth” Vera is the son of a Filipino father, Ernesto, and an Italian-American mother, Amelia, and grew up in a family with seven boys and three girls. He was born and raised in Norfolk, Virginia, and attended Lake Taylor High School, where he excelled in wrestling and earned a four-year athletic scholarship to Old Dominion University. He however dropped out of Old Dominion after a year and a half when he felt college wasn’t for him, and he enlisted in the United States Air Force.

In the Air Force, he joined the force’s wrestling team and trained at the US Olympic Training Center in Colorado Springs, Colorado. His military wrestling career was cut short in 1999 when he shred ligaments in his right elbow. Arthroscopic surgery repaired the ligaments but he had nerve damage from the experience, causing him to be unable to use his right arm. He was released from the Air Force on a medical discharge.

He returned to Virginia where he steadily rehabilitated his arm, and eventually was fit enough to enter the Grapplers Quest submission wrestling competitions on the east coast. There, his solitary training methods (he did not belong to a camp, and trained and cut weight on his own) caught the attention of Lloyd Irvin, a Brazilian jiu-jitsu black belt and coach, who invited him to train with his school. At Irvin’s school, he was introduced to mixed martial arts. He also trained with Linxx Academy, and Hybrid Academy, where he received a foundation of his Muay Thai and Brazilian Jiu-Jitsu.

Vera’s first professional mixed martial arts bout was on July 6, 2002, while training under Lloyd Irvin. He won the fight, against Adam Rivera, via TKO in the first round. He fought and won another bout in 2004 before entering a World Extreme Cagefighting heavyweight tournament in 2005, where he won two bouts in one night, including a bout against The Ultimate Fighter 2’s Mike Whitehead in the finals.

Vera moved to San Diego, California on New Year’s Eve, 2003, to accept a training position with City Boxing in San Diego. At City Boxing, Vera excelled as a trainer and was taken under the wing of City Boxing owner Mark Dion, who became his manager and introduced him to kickboxing great Rob Kaman. With Vera’s success as a trainer and a mixed martial arts fighter, Dion gave Vera partial ownership of City Boxing.

Vera made his UFC debut at Ultimate Fight Night 2 on October 3, 2005 against Fabiano Scherner. Vera won the fight via TKO mid-way through the second round. Following the Scherner bout, he faced Justin Eilers at UFC 57, winning early in the first round by knockout. At UFC 60, Vera defeated Assuerio Silva with a guillotine choke. Vera’s career as a mixed martial artist flourished under the management of Mark Dion. It reached its zenith on Nov. 18, when he needed just 69 seconds to stop ex-heavyweight champion Frank Mir at UFC 65 in Sacramento, Calif.

UFC president Dana White was effusive in his praise of Vera, who was on the fast track to the title.

But nine months after that epic win, Vera was farther away from the UFC heavyweight title than he ever could have imagined. He’s split with Dion and was embroiled in a nasty dispute, which was settled by an arbiter for the California Athletic Commission on Sept. 17.

In August the UFC announced the “return” of Brandon Vera. His first fight will be against Tim Sylvia at UFC 77.

Brandon lost the fight via Unanimous decision and also broke his left hand in the first round of the fight.

Brandon’s wife, Kerry, is a kickboxer. She is featured on the second season of Oxygen’s Fight Girls.

He has a tattoo on his back inked on the ancient Filipino writing called Alibata/Baybayin. Clockwise, it reads mundo (earth), hangin (wind), apoy (fire), and tubig (water).