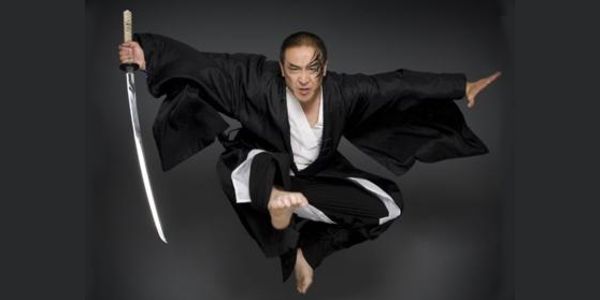 James Lew was voted Favorite Action Star by fans of Inside Martial Arts magazine. Internet fans voted him into the Hall of Fame in the Martial Arts History Museum. Inside Kung Fu Magazine inducted him as one of the Martial Arts Greats alongside legends as Bruce Lee, Chuck Norris, Steven Seagal, Jean Claude Van Damme and his longtime friend Jackie Chan.

Raised in South Central Los Angeles his destiny was to answer a cattle call in Hollywood for the hugely popular Kung Fu television series. James Lew went on to star in the now collectible Hong Kong film, Young Dragon. He made the move to big budget studio films in 1984. John Carpenter handpicked him as the Martial Arts Choreographer for 20th Century Fox’s now cult film, Big Trouble In Little China.

Hit Parader Magazine dubbed James Lew the king of big screen martial arts villains. From the deadly killer in Red Sun Rising to the deadly fighter in the comedy spoof Hot Shots Part Deux, James Lew has proven his chops in both drama and comedy. As a stunt/fight coordinator his creative talents shined in the television series, The Crow to recent work on the hit video game, Matrix, The Path of Neo. James Lew handpicked elite members for his company, Hong Kong Wire Action Team to bring state of the art action to movies. His formula for longevity in the film industry is diversity, hard work and having a whole lot of fun.

Most recently, James Lew wrote, directed and starred in a movie inspired by his personal experiences in the business titled 18 Fingers of Death. The story follows Buford Lee, the most famous unknown B minus low budget martial arts movie star and Ronald Mack, a young black kid from the hood. Together they laugh and bond together on their quest to finally make Buford’s break out movie, 18 Fingers of Death.