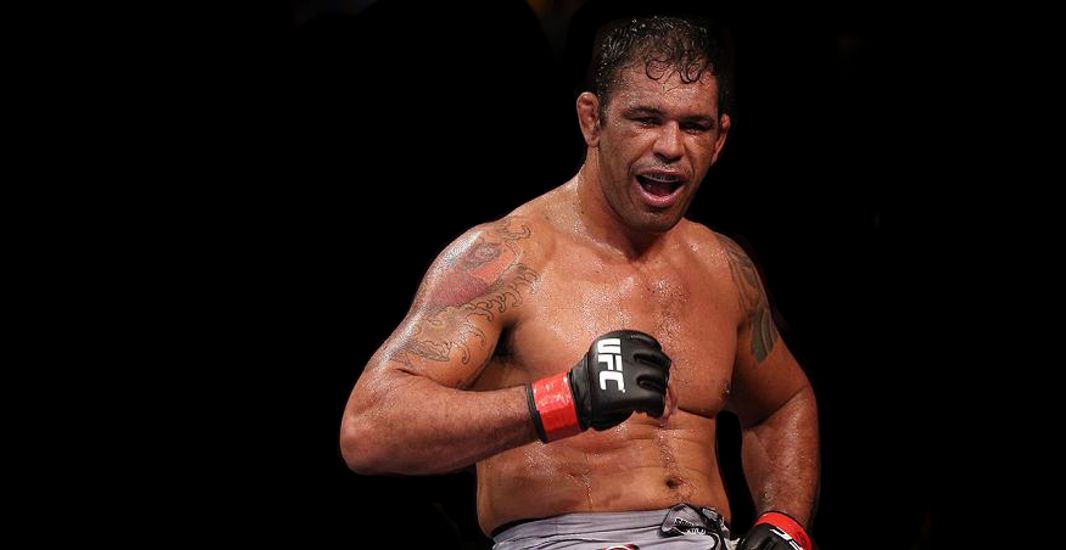 Antonio Rodrigo Nogueira, aka “Minotauro” was born on June 2, 1976 in Vitória da Conquista, Brazil. He is a Brazilian mixed martial artist known for his technical mastery of Brazilian Jiu-Jitsu. He competes in the heavyweight division of the Ultimate Fighting Championship, where he is was UFC interim heavyweight champion. A testament to his durability as a mixed martial artist is the fact he has never been finished in a bout.

Antonio Rodrigo Nogueira is also noted to be a proficient striker, training annually with the Cuban National Boxing Team. He rose to prominence in the Japanese PRIDE Fighting Championship promotion, where he was the PRIDE heavyweight champion from November 2001 to March 2003, as well as a PRIDE FC heavyweight grand prix finalist. Nogueira is currently ranked as the world number two heavyweight by MMAWeekly and Nokaut.

Nogueira has a twin brother, Antônio Rogério Nogueira, aka “Minotouro”, who is also a professional mixed martial artist. Antônio Rodrigo has a distinguishing large scar on the right side of his back from a truck accident as a youth.

Born in the town of Vitória da Conquista, Brazil, Antônio Rodrigo Nogueira started training in judo at the age of five. He was run over by a truck when he was ten, and fell into a coma for a week. During this time he lost a rib and part of his liver and had to be hospitalized for eleven months. As a result of the accident he has a large scar, including a noticeable indentation, on his lower back. A few years after his MMA debut he started to train at the Brazilian Top Team. In June 2007 Nogueira officially left Brazilian Top Team prior to his UFC debut and is currently associated with Black House.

At the age of fourteen he was invited by a friend to train Brazilian Jiu-Jitsu under Ricardo de la Riva Goded. He had earlier started training some boxing. In 1999 he was awarded with the black belt in both judo and Brazilian Jiu-Jitsu. That same year, he made his mixed martial arts debut against David Dodd in World Extreme Fighting 6, submitting Dodd via crucifix in the first round. After defeating Nate Schroeder via armbar in WEF 7, he fought in Japan for the RINGS promotion’s King of Kings 1999 forty eight man tournament held over 3 events where he won three fights before losing by decision to Dan Henderson in the tournament semi-finals. In between the two RINGS events in which he competed he defeated Jeremy Horn by decision at WEF 8. Nogueira then entered the King of Kings 2000 forty man tournament held over three events, winning all of his five matches to become the tournament champion.

Following the end of Akira Maeda’s RINGS federation, Antonio Rodrigo Nogueira was signed by PRIDE. He debuted in July 2001 at PRIDE 15, quickly submitting Gary Goodridge by triangle choke. In PRIDE 16, he submitted UFC and PRIDE Grand Prix champion Mark Coleman by armbar. He was crowned as the inaugural PRIDE heavyweight champion after defeating fellow contender Heath Herring by decision.

Antonio Rodrigo Nogueira then represented PRIDE at a co-promotion with K-1, PRIDE Shockwave, against the super heavyweight former American footballer Bob Sapp. Sapp manhandled the much smaller Nogueira, spiking him onto the ring canvas and dominating the fight, until tiring and falling to an armbar submission. His battle with Sapp (who outweighed him by over 150 lb) made him a fan favorite for his seemingly inhuman ability to take punishment before recovering to win.

Dutch karate fighter Semmy Schilt was his next opponent. Again heavily outsized, he scored another victory by triangle choke. He then avenged his sole loss at this point by submitting Dan Henderson who had previously beaten him in RINGS.

Nogueira’s first PRIDE title defense was against Russian Sambo champion Fedor Emelianenko at PRIDE 25 where he suffered his second career loss, a judges’ decision after Emelianenko dominated the fight with characteristic ground-and-pound through the guard.

On 25 April 2004 at PRIDE Total Elimination 2004, the first round of the 2004 Heavyweight Grand Prix, he faced the unbeaten professional wrestler and former judoka Hirotaka Yokoi, who he submitted with the debut of his anaconda choke. He then repeated this against Heath Herring in the next round to advance to the semi finals where he defeated Sergei Kharitonov with his superior boxing to again face Fedor Emelianenko in the finals. The fight was markedly different from their first, with Nogueira able to avoid the damage he suffered from ground-and-pound in their first meeting, but was stopped when Emelianenko suffered a cut after an accidental headbut and could not continue, resulting in a no contest. Another rematch was required to determine the tournament champion, and was scheduled for PRIDE Shockwave 2004 on 31 December 2004. Despite Nogueira’s improved gameplan and striking technique, he suffered another unanimous decision loss to Emelianenko.

At PRIDE Critical Countdown 2005 he defeated Polish Olympic judoka Pawel Nastula by strikes and following this, at PRIDE 31 he beat professional wrestler and fighter Kiyoshi Tamura by armbar for the second time.

Antonio Rodrigo Nogueira then entered the 2006 PRIDE Open Weight Grand Prix, progressing to the semi final by defeating fellow Brazilians Zuluzinho and Fabricio Werdum. In the semi final, he faced the American catch wrestler Josh Barnett and lost to a split decision, as both had landed damaging blows and submission attempts without managing to secure a victory. Barnett went on to face Mirko Filipović in the finals, submitting to punches and kicks to the face.

Nogueira avenged the loss to Barnett with a unanimous decision win in their rematch at PRIDE Shockwave 2006.

At UFC Fight Night 9 which took place on April 5, 2007 Nogueira was in attendance and was sitting cage side with UFC president Dana White. It was subsequently announced at UFC 69, by White, that Nogueira had joined the UFC, promoted initially as simply “Minotauro” Nogueira, much like the UFC’s promotion of Mirko Filipović as Mirko Cro Cop.

Antonio Rodrigo Nogueira debut in the Octagon was a third fight with Heath Herring at UFC 73, promoted under various combinations of his name and nickname, but was officially introduced to the audience under his full name and nickname. Nogueira once again defeated Herring, via unanimous decision. During the first round Nogueira was hit with a high kick that sent him to the canvas, in which unofficial judge Eddie Bravo thought the fight could have been stopped. Herring tried to finish but Nogueira was able to hold on and come back with a decision win.

It was announced during the UFC 79 broadcast and subsequent press conference that Nogueira would be fighting Tim Sylvia at UFC 81 for the interim heavyweight championship.

At UFC 81 Nogueira defeated Tim Sylvia in the third round with a guillotine choke to become the interim heavyweight champion. Sylvia knocked Nogueira down in the first round with punches, and Nogueira was unable to get the fight to the ground for the first two rounds. After pulling Sylvia into his half guard in the third round, Nogueira quickly secured a sweep and attempted an armbar which he missed but immediately transitioned into a guillotine choke as Sylvia tried to regain his feet. He is the first fighter to hold both the UFC and PRIDE heavyweight championships.[6] Nogueira’s entrance music for UFC matches is The Rolling Stones’ “Gimme Shelter”.

Spike TV announced that Nogueira and former champion Frank Mir will be the coaches for the eighth season of The Ultimate Fighter, slated to premier on September 17, 2008.[7] After the season concludes, Nogueira and Mir will meet at UFC 92 for the title. The winner of the fight will face Brock Lesnar to determine the true undisputed UFC Heavyweight Champion.

The Life Exploits of Vincente Carin