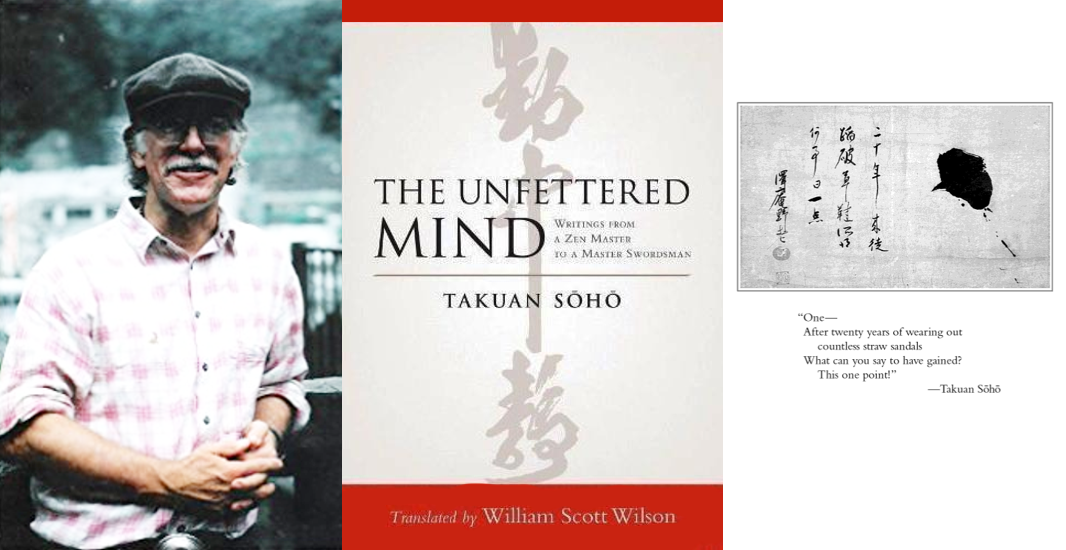 This classic samurai-era text fused Japanese swordsmanship with Zen and influenced the direction that the art has taken ever since. Written by the seventeenth-century Zen master Takuan Soho (1573–1645), The Unfettered Mind is a book of advice on swordsmanship and the cultivation of right mind and intention. It was written as a guide for the samurai Yagyu Munenori, who was a great swordsman and rival to the legendary Miyamoto Musashi.

Takuan was a giant in the history of Zen; he was also a gardener, calligrapher, poet, author, adviser to samurai and shoguns, and a pivotal figure in Zen painting. He was known for his brilliance and acerbic wit. In these succinct and pointed essays, Takuan is concerned primarily with understanding and refining the mind—both generally and when faced with conflict. The Unfettered Mind was a major influence on the classic manifestos on swordsmanship that came after it, including Miyamoto Musashi’s Book of Five Rings and Yagyu Munenori’s Life-Giving Sword.

Reviews
“All of the essays aim at helping the individual know himself and in helping him to embrace the art of life.” -The Japan Times

“Takuan’s writing is light on sword-handling and heavy on the spiritual side.”
-Asahi Evening News

About the Author
William Scott Wilson is the foremost translator into English of traditional Japanese texts on samurai culture. His bestselling books include The Book of Five Rings, The Unfettered Mind, and The Lone Samurai, a biography of the legendary samurai Miyamoto Musashi.

Zen in the Martial Arts