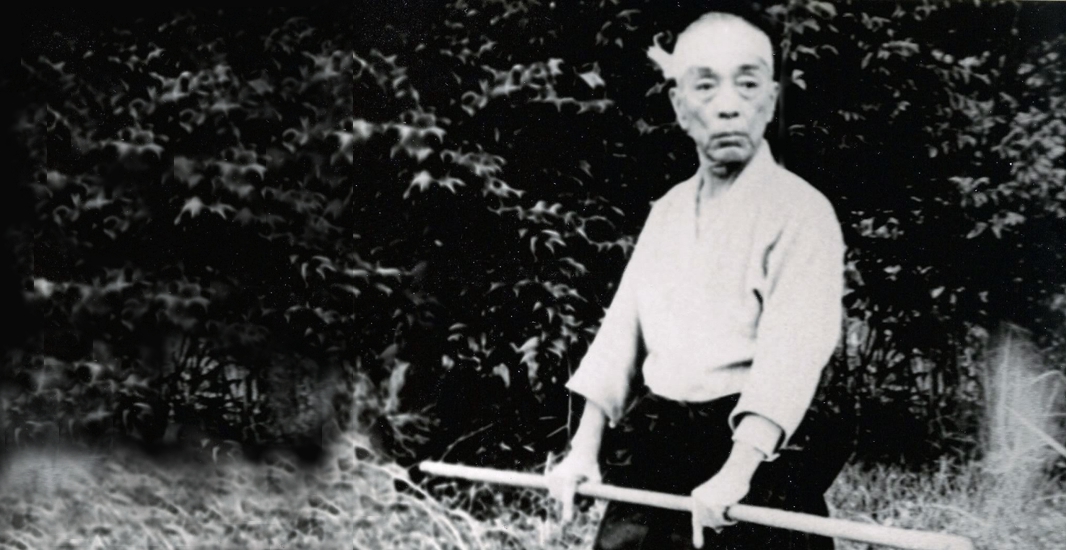 Toshitsugu Takamatsu was born on March 10, 1887 in Akashi town, Hyogo province, by the name of Hisatsugu Takamatsu. Later he changed his name into Toshitsugu, which is written with the same Kanji, but is pronounced differently. His father was Yasaburo (also known as Gishin) Takamatsu. He owned a match factory in the city of Kobe. The name of his mother was Fushi. He spent most of his time with his grandparents who also took care of him. His grandfather was Toda Shinryuken Masamitsu.

Toda was a chiropractor and had a clinic in Kobe. He also had a Budo-Dojo in Kobe and was the Soke of Shinden Fudo ryu. His family had a Samurau rank but his ancestors were Ninja. That was of course a great secret, which became public after Takamatsu died. He was the last member of Toda family, who inherited their Ninja tradition.

Takamatsu was also called Jutaro. His father thought it would be good for him to join the army. He was very shy and that is why his father wanted him to try Budo as it would strengthen him and give him self-consciousness. When he was 9 years old he started practicing the Shinden Fudo Ryu. It wasn’t really training. Toda and his students used him to throw around the dojo. After a year passed, he learned his first technique. From that point on Toda himself started to train Takamatsu. When he was 13 he got Menkyo Kaiden for Shinden Fudo ryu from his grandfather.

After Shinden Fudo ryu, Toda taught him also Koto ryu, Gyokko ryu, Gyokushin ryu, Kumogakure ryu and Togakure ryu. But Takamatsu wasn’t really interested in Ninjutsu. Around that time Takamatsu met Mizuta Yoshitaru Tadafusa, who taught Takagi Yoshin ryu. Takamatsu used to train regularly with him also and had received Menkyo Kaiden from Mizuta when he was 17 years old. In those times, teachers used to give Menkyo Kaiden even if their student wasn’t ready yet. That forced student to train even harder. This custom was called Sakizuke.

At the age of 20 Takamatsu quit his job at his father’s factory and went to China to test what he had learned. In Korea he met someone named Kim Kei-mei-a. He was a teacher and taught Takamatsu. In the time he was gone he learned 18 Korean and Chinese Martial Arts. Then he got ill. He went back home and was cured by Yamabushi (mountain priest). After he was cured, he went back to China.

Takamatsu got in many fights. He got the nickname Moku no Tora, which means Mongolian tiger. He fought in nineteen fights, out of which only seven were competitions. Mortal combats were the consequence of teasing other Martial Artists, who heard of his fame. In one of those fights Takamatsu lost an eye. It was replaced by one made of glass.

Takamatsu then got into teaching others. He taught over 80 people a day. He taught Japanese, Chinese, French and American people. When he came back to Japan he became the head of the Nippon Minkoku Seinen Botoku Kai (Japanese Martial Arts organization). All of this happened before he was 30 years old.

In 1919 he came back to Japan and went into the Tendai monastery on Hiei mountain near Kyoto and became a monk. Later he became one of the representatives of the monastery in an attempt to make up for the sins of his youth.

He was married to Tane Takamatsu, who was born in 1896 in Hirakata region. Her maiden name was Uno. They did not have any children of their own, but adopted 2 girls. Takamatsu also taught a lot of students in Japan, although he was mostly known as master of Ju Jutsu and Bo Jutsu. He was almost only known for Kukishinden ryu. His first Dojo was Sukisha Dojo (place for people, who enjoy Martial Arts). He trained Koba Koshiro, Sato Kimbei, Hanaoka Nangaku, Ueno Takashi, Takeuchi Kikakusai, Kimura Masaharu, Fukumoto, Akimoto Fumio and others.

His last and best know student was Dr. Masaaki Hatsumi, who was also Takamatsu’s only student for the rest of his life. He also learned all Takamatsu’s traditions.

Hatsumi started to train when Takamatsu was already in his 50’s. Takamatsu taught him things, he had never taught anyone before. Takamatsu did not train when he was in his 80’s, but still watched Hatsumi’s development. One year before his death, Takamatsu told Hatsumi that he had taught him all he knew and that he has repaid Toda Sensei, Ishuitani Sensei in Mizuta Sensei for their kindness. Hatsumi had already been given the title Soke, but he still stayed and trained with his teacher.

Toshitsugu Takamatsu died on April 2, 1972 at the age of 85. He is buried on Kumedra cemetery near the city of Nara, which was the last place he lived. He was a great man and a living example of a true Martial Artist. He was the last of the real Ninja warriors, who were involved in real combat. Members of Bujinkan are very proud that we can be a part of the tradition, which was came to us from this great man.