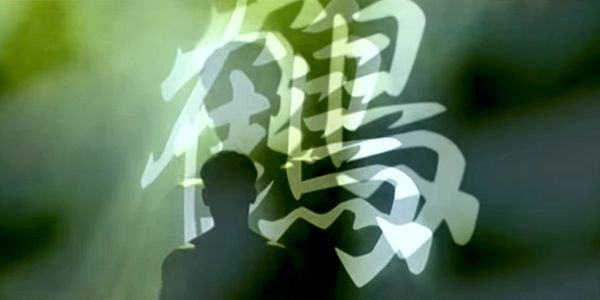 The Chinese call this extremely popular Northern style of Wushu “Pao-hao,” “Pak Hok,” “Bak Hok,” or “Ba Fan.” It is from the Lama or Hop Gar style of Wushu, which emulates the movements of the crane. It focuses on repeating a rapid series of hand and foot techniques. The principle of “revolving force” is important. This means that using the opponent’s force against him or her is essential.

Feints are used to deceive the opponent into a vulnerable position. Vital point attacks are taught using hands that resemble a crane’s beak. The arm techniques, both long and short, are circular, stances are solid and footwork uses short steps. Little body contact with the opponent is maintained. Like Hop Gar, some training is done on the plum flower stumps (mui fa jeong). The practitioner is constantly moving and circling the opponent. The kicks are high, which is surprising in a Wushu art. The practitioner never initiates an attack, only defends one. The style also emphasizes the angles of attack. White Crane style cultivates both internal and external methods and has both empty hand and weapons forms. One variation is the Tibetan White Crane.

According to tradition, White Crane Boxing was originated from Tibet during the Ming Dynasty. Its founder Llama priest A Da Tuo watched a white crane and a black  ape fight. Amazed from the agile footwork of the ape and elegant fighting skills of the crane he developed a unique boxing style based on these animals, it was initially called Lion’s Roar , a precept based  on  Buddhist  tradition describing sounds “that shake the earth are like lion’s roar”. A Da Tuo created the eight fists, steps, fingers, slaps, grips and kicks. At the later part of Ming Dynasty another Llama priest , Duo Luo Ji Tan furthered improve the system and he renamed it White Crane Sect. In the 1860’s a Tibetan monk named Sheng Long accompanied by his four disciples namely Da Zhi , Da Hui , Da Yuan , and Da Jue journeyed to Guangdong province and stayed at Qing Yun Temple . Sheng Long was considered the chief progenitor of the White Crane system. While in Qing Yun Temple he taught White Crane boxing to Wang Yin Lin, Chen Yin , Zhou Xiang Yuan , and Zhu Zi Yao . Much later, Sheng Long moved to Bao Xiang Temple in Nanhai, where he accept the 28 year old Huang Lin Kai as his last indoor disciple.

From The Martial Arts Encyclopedia by Jennifer Lawler and other sources