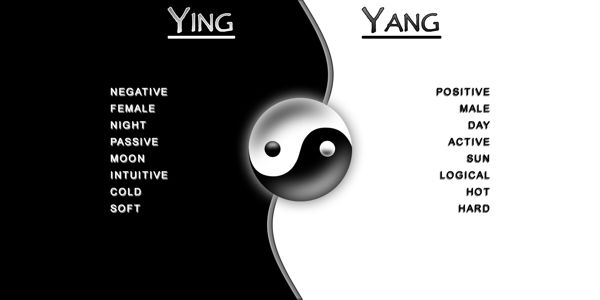 “To return to source is true knowing. To be simple is to be truly complex. To let go is to truly grasp.”

Wing Chun Taoism is effortless fighting. Taoism (pronounced Daoism) is a Chinese philosophy spanning over two thousand years. Taoist ethics emphasize compassion, simplicity, and humility. Taoist thought focuses on wu wei (“non-action”), spontaneity and emptiness. An emphasis is placed on the link between people and nature. Taoism teaches that this link lessens the need for rules and order, and leads people to a better understanding of the world and why things happen.

Wing Chun is a martial art based on simplicity, relaxed power through softness, yin and yang, yielding and controlling, chi flow and natural responses. Wing Chun’s principles go with the flow of energy rather than forcing against it. Wing Chun uses the power of relaxed softness to overcome an opponent’s force.

There is always emptiness and fullness within Wing Chun applications…. a ying and yang. For instance, as one arm may be yielding the other arm may be attacking. As one leg is weighted, the other leg becomes empty or non-weighted. In Taoism the basis of order is duality… the changing (yang) and the unchanging (yin). Each can’t exist without the other.

Chi Sao is a tool sharpening exercise and self-defense pattern of Wing Chun. It is an uninterrupted exchange of energy flow between two people. Chi Sao goes with the flow of energy yielding and controlling. You could say that Chi Sao is the act of developing the essential energy of Wing Chun. Through its practice, Chi Sao brings order to the chaos of fighting.

Wing Chun means forever/eternal spring. This could be meant as returning to the source. Training in Wing Chun aims at making fighting effortless. This is the state of wu wei. Although the first form of Wing Chun, Siu Nim Tao, is thought to be the most basic, it is actually the most advanced. As you progress through your development in Wing Chun, you learn to simplify your movements more and more. Ideally, you’re returning to the state of wu wei.

In ancient Taoist texts, wu wei is associated with water through its yielding nature. Water is soft and weak, it is noted, but it can move earth and carve stone. Taoist philosophy proposes that the universe works harmoniously according to its own ways. When someone exerts his will against the world, he disrupts that harmony. Taoism does not identify man’s will as the root problem. Rather, it asserts that man must place his will in harmony with the natural universe.

You may have heard Wing Chun’s most famous practitioners, Bruce Lee, say, “Be Like Water.” This idea is directly from Taoist thought. Wing Chun flows around overwhelming force and finds openings with its constant flow of forward energy.

P’u is translated as an “uncarved block” or “simplicity”. It represents a passive state of receptiveness. P’u is a symbol for a state of pure potential and perception without prejudice. In this state, everything is seen as it is, without preconceptions or illusion.

P’u is seen as keeping oneself in the primordial state of tao. It is believed to be the true nature of the mind, unburdened by thoughts, knowledge or past experiences. In the state of p’u, there is no right or wrong, beautiful or ugly. There is only pure experience, or awareness, free from learned labels and definitions. It is this state of being that is the goal of following wu wei. In Wing Chun, practioners empty their minds in order to become as receptive and aware of potential threats. There should be no preconcieved notions of what kind of attack could be coming your way. You could say that this is keeping yourself in the primordial state of the tao… p’u.

There are many more aspects of Wing Chun that are in line with Taoism. Wing Chun follows the Tao. It isn’t rigid. It allows itself to be flexible. There is no right or wrong. There is no definition. There is only universal principles that lead to higher levels of awareness. Wing Chun practitioners learn when to become empty and when to become full. In reality, there isn’t one without the other. Wing Chun Taoism produces effortless fighting.

Adam Williss is a California-based martial artist. He is founder of Advanced Fighting Concepts and the author behind “Self-Defense Advice with Adam Williss”. He also acts as editor of Wing Chun Magazine.

Adam Williss is a California-based martial artist. He is founder of The Dragon Institute and the author behind “Self-Defense Advice with Adam Williss”. He also acts as editor of Wing Chun Magazine. He is a US Martial Arts Hall of Fame member. His school has been recognized as offering one of the highest quality Wing Chun programs in the world.