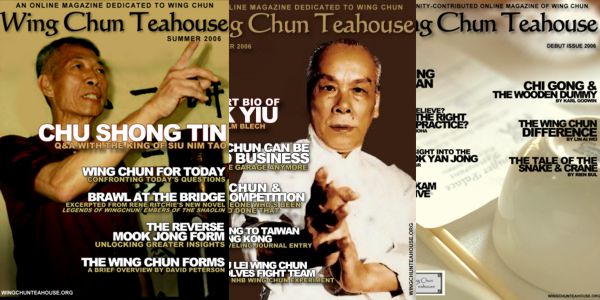 Wing Chun Teahouse announced today that is has changed its name to Wing Chun Magazine to better represent the publication with it’s expanded commitment to reaching new readers world-wide.

The martial art of Wing Chun, occasionally romanized as Ving Tsun or Wing Tsun, is a southern Chinese fighting system that specializes in aggressive close-range combat. Core concepts of Wing Chun include practicality, efficiency and economy of movement. Its most famous practitioner was actor Bruce Lee.

“When we founded Wing Chun Teahouse in 2005 we wanted our readers to feel a sense of sharing stories between friends as in Chinese teahouses of old,” said Adam Williss, publisher of Wing Chun Magazine. “Now, we are excited to introduce our new name and brand because it clearly tells new potential readers who we are.

“We’re still the same great Wing Chun Teahouse publication bringing fresh Wing Chun content to readers around the globe,” continued Williss. “We’re proud to be the publication dedicated to Wing Chun in all of its forms.”

This magazine is now at eWingChun.com