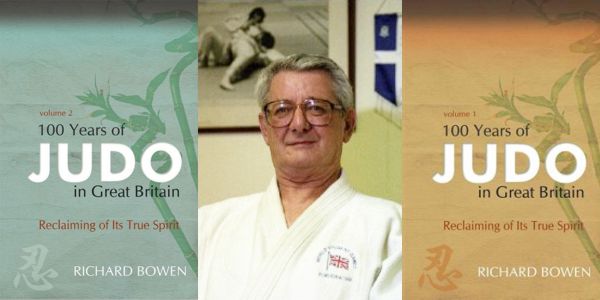 Indepenpress are pleased to announce the publication of 100 Years of Judo in Great Britain Vol I & II by the esteemed practitioner Richard Bowen. Discover how true Judo is far from just a sport but an ancient art in itself.

Vol I
Charting its origins in Japan and following its development throughout the West, 100 Years of Judo in Great Britain is a captivating story that links this popular martial art with the cultures and philosophical ideals that spawned it. Clearly a labor of love, Richard Bowen’s absorbing account of the evolution of judo, expertly guides us through its complex and multilayered history. This is a well-written, instructive and fascinating exploration of this ancient art and its rise and development in Britain and the rest of the world.

Vol II
Continuing his exploration of Judo’s complex and multi-layered history, Richard Bowen’s 100 Years of Judo in Great Britain volume 2, charts the latter decades of its advance in the West, primarily the UK, to its current status as a highly-regarded international martial art form. Bowen proves an expert guide on this journey through the philosophies, techniques, hierarchies and early practitioners of judo, culminating in the firmly-established global reputation we see today. About the author Richard was an esteemed, longtime practioner of Judo as well as being a very successful business man running a chain of shops selling Japanese goods but towards the end of his life he got more involved with writing about the history of British Judo and the Budokwai. This work though never published grew to a massive half a million words or so. He was meticulous in his research and was a frequent visitor to all the government record offices and major libraries.
“If you practise judo as a sport you are making a big mistake.”
Sakujiro Yokoyama

Aikido: The Art of Peace