Home is where the heart is.
Home is where you hang your hat.
Home is just a click or two of Dorothy’s red shoes.
What a beautiful word … home!
After all, a man’s home is his castle.
But where is our home? Where is it really…
that ‘Home Sweet Home’ we’ve heard so much about …
And how will we ever get there?

Rebos spells sober backwards and Rebos is the name of my home group in AA. This is where I met and became close with a girl I’ll just call a friend. She and I would talk and laugh at how similar our experiences were when we were on the street.

My friend was a product of the street, too. She lived a life much like mine but she had it rougher than I did. She was much younger and not so well informed when she found herself all alone. Instead of with friends she spent her evenings with clients of the night who provided her a place to stay until morning. But in time, she gained unsightly sores, a chronic illness, and a dirty weathered roughness that soap couldn’t wash away. And so it wasn’t long before her clients quit coming to see her. After that, the best she could do was to find a secluded doorway or a piece of cardboard under which she could spend the night.

My friend, like me, wanted a better life and she, like me, found AA and we both began to turn our lives around. That’s where we met. Out of all the people in our AA meetings she and I admitted to each other how comfortable we felt together. She and I would joke and laugh and share, just privately, the low life mischief that was behind us now. It felt good to know that whatever we confided in with each other was understood and accepted and none of it was ever repeated to another … no matter what.

We honored this openness we privately had between ourselves.

But there was that one special day soon after I first met my friend that she did something that gave me the most wonderful feeling. It was after an AA meeting wherein I ‘shared’ openly with the group and I reminisced about the nights I spent drinking and drugging. I mentioned a yearning to see all my old friends who were still out there. I mentioned how much I missed the closeness with my friends and how much fun we had doing all those funny, wild and crazy things with each other. I could honestly say that I missed the people who were no longer in my life much more than I missed the ‘substances’ that I put down.

After romancing the times I use to spend with old friends and old habits and after the meeting closed, my friend stopped me in the parking lot as I was walking to my car. She took both of my hands in hers and gently swung our arms from left to right and back again and with a strange little smile she gave me a quizzical look. Without saying a word she stood there with her head cocked to one side as if she were either trying to decide what to say, or maybe she knew, but was deciding whether or not to say it. 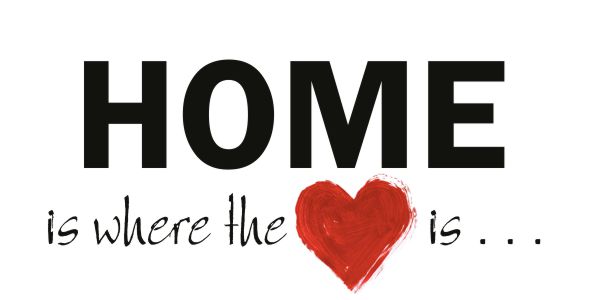 Then, she stopped swinging our arms, tightened her little hands on mine and looked me straight in the eye with the kindest smile and said, “I understand what you’re feeling right now. I know what it’s like to want that familiar closeness with those people again. But, we love you, we love you right now…and we love you just the way you are.”

That meant so much to me that I’ll never forget her words or the sincere loving look on her face as she spoke them. She was clearly half my age but I felt like such a little boy. I didn’t know what to do so I just stood there speechless. After she said what she had to say she rose up on her toes, and leaning forward, she kissed me on the cheek and then turned and walked away.

I realized right then that I wasn’t alone and that I wasn’t the only one who missed this thing we saw as a special closeness with our “friends” from the past. Everyone who was working the “steps” in AA had made similar sacrifices and since many of us were connected to our friends by the very habits that were killing us, we would have to risk losing our friends if we were serious about losing our ‘habit’.

I quickly decided to find a closer relationship with my new friend and discovering that she had started up a house cleaning business, I asked her to clean my house on a regular basis. She said she would call me and set up a schedule but time slipped by without us making any arrangements to make that happen.

I started calling her a couple days after our talk. I felt that there was something spiritual going on between us and that we were meant to be around each other. Three weeks went by and I hadn’t been able to get in touch with her. I wasn’t able to reach her anywhere and so I started going to meetings I didn’t normally attend hoping to run into her. She wasn’t anywhere to be found. One morning I was so determined to find her that I got on the phone and called everyone I could think of who might know where she might be. I finally got in touch with someone who said he saw her the night before and he told me where to find her.

I can’t call her but since I know where she is I can visit her.

She’ll be at Carmichaels Funeral Home one more night; they bury her tomorrow.

My dear friend, “We love you … we love you right now … and we loved you just the way you were.”¬¬¬¬¬¬¬¬¬¬¬

This all happened a few years ago.

So, why do I put on paper the feelings I have about her?

Well, it’s true we didn’t know each other very long. But for the time that we did there was something that put us somewhere above being a mere acquaintance to each other. I guess I was hoping for it to be a whole lot different and maybe I thought that by becoming her friend I would become more involved in her life, and in time, something closer would come about. But as it turned out that never happened and there never was a “her and me”.

So, what is it that I want to remember about my friend?

I think it was simply that there was something very beautiful about my friend’s excitement of being on a new path. There was a genuine passion in the process of her finding a new happiness and a new hope and I enjoyed watching the success fill in the empty spaces of her life. In the program of AA, when one person steps up and receives that piece of life that God intended them to have, we all win. We all receive the courage and hope that we can do the same.

I can see, that in the memory of her death, there was something important for me to remember about life. I want to remember how real life can get at the drop of a hat and I want to remember that just because we have things turned around and we think we’re heading home … it doesn’t necessarily mean we’re going to get there.

So today, I find it much easier to linger a bit longer when I’m with friends or family and I’m able to think of people just a little bit kinder now. I’ve become a little more tolerant of others and I even believe that; now, I’m able to show people more love than I would have shown them before having known my friend.

I’ll not take it for granted that there will always be another day I can share with someone I care about, and so; just as my friend did for me, I strive to make each day of my life the day that will be remembered.

Jesus promised us that he will never leave us nor forsake us and I believe that; and so did she. I remember how she smiled with such excitement and joy every time we talked. I’m going to miss her and what I had hoped to have with her, but I can’t help but think how happy she must be … I believe my friend finally made it “home”.

Discover What You Have to Contribute