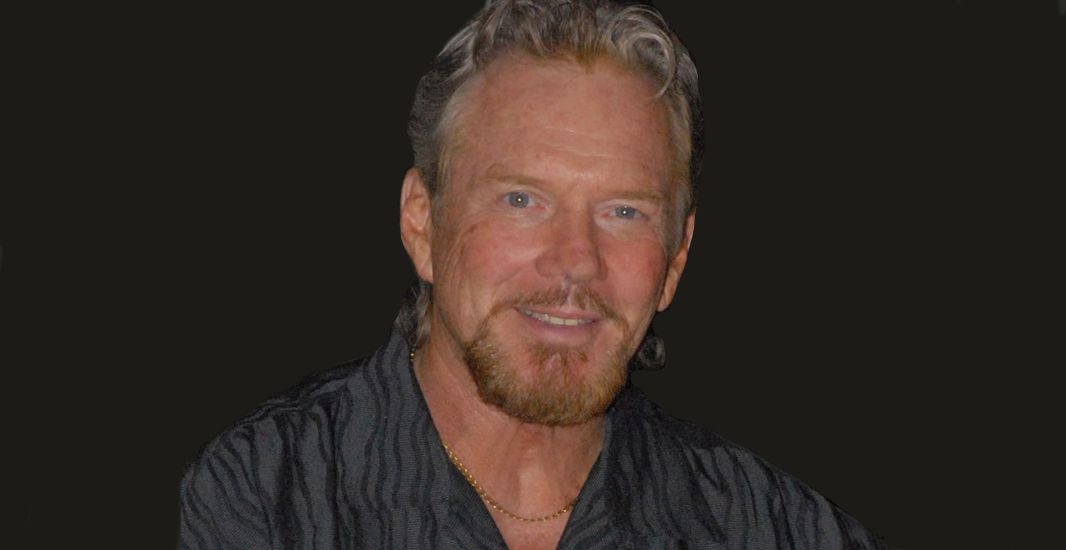 It was a sunny day and the trees in the large yard in front of the Veterans Hospital were in full bloom with beautiful white flowers. I pushed Sidney’s wheel chair to the park bench and sat down facing him.

Sid kept looking at my hat with the U.S.M.C. emblem on the front and so I took it off and handed it to him and said, “I know you were in the Army, not the Marine Corps, but this hat would look might good on you, Sid.”

He smiled and put on my hat and then smiled even broader.

I said, “Well, you sure look good, Sid… just like a Marine.”

We just sat there, as we did so often, without saying anything. There was really nothing that needed to be said and so we didn’t struggle to fill that time with words. We just sat and spent our time together. And then Sid surprised me when he said, “You know what? You’re not a Marine…” 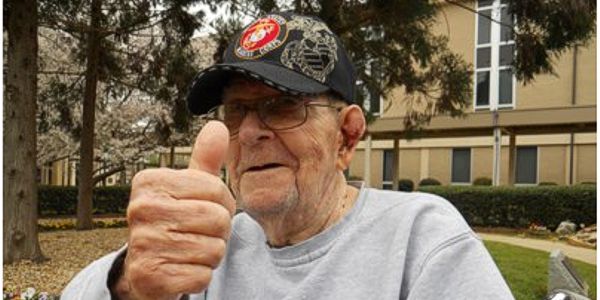 Sid said, “You’re not a photographer. I been saying you were but Richard I have to tell you that’s not the ‘all’ of it.”

I got a real long look on my face and was surprised at what he was saying. I asked him what he meant.

He said, “Richard, you are you and you always were you. You’re not what you do or what you call yourself… you are the you that you have always been, and just little by little you are awakening to who you are. No one is other than the one they were born to be – everything they will ever be is already inside them… they just sleep within who they are. And while they sleep to who they are, they pile stuff on a bunch of other garbage, and then with all that drama they been carrying, they get it all twisted around and come out being someone they don’t even know.”

It was a bit chilly and so I stood up and laid my jacket over Sidney’s arms. I didn’t know what to say at all he just said, so I said nothing. When I sat back down, Sidney summed it up with, “We’re nothing – we’re not what we do and not what we call ourselves, we’re none of that… we just are… and all we have to do is be.”

That was another beautiful day I spent with Sidney. And again, I had nothing I could say about what he shared with me and so I stood back up and said, “Let’s go for a walk.”

We walked around grassy hospital grounds without saying anything as ‘right-on’ as he just said. Instead, he talked about how I should “break him out” and help him get free. He’d say, “I don’t know why they have me here. Did I break the law?” And then he told me that if only he could get out he would start up the Crystal Palace again. And I told him we would do that, but we have to wait until the right time, and he seemed to be alright with that, and then he would ask me, “When might that be?”

“I don’t know, Sid. But I think they’re serving dinner back at your apartment (he called his room in the ward his apartment).”

Sid handed me my hat and said, “Well, it can’t be today then, let’s get back… I’m hungry.”

I didn’t take my hat he was trying to hand me, “That’s your hat now, Sid.” And I turned his wheel chair around and pushed him back to his ‘apartment’. And, when I left him in his chair outside the door to his room (his “apartment”) he winked and gave me a big thumbs up. And with that, I imagined that now we were in cahoots in the planning of that big “break-out” he would talk about at times.

Sidney broke out, but it wasn’t the way we planned. He passed away last week.