Dana Stamos exemplifies what being a woman used to mean. She’s kind and gentle. Loving and patient. She’s maternal enough to want to nurture and mother even the least lovable of us. At the same time she is burdened with a defined sense of fairness and justice. When she could compromise the reputation of a less than scrupulous individual she tries to redeem him.

You may ask, who am I? Nobody really, and yet I’m the voice of every man. I try to say the things that others in the arts know and have observed but haven’t the propensity or the time to set at the keyboard and put it into words. Everybody isn’t a journalist and everybody isn’t a writer but most everyone is at least nominally aware of the things that are happening within their communities. It may be a form of arrogance to think that I can speak for those individuals but someone has to have the patience and incentive to do just that.

I am blessed with the people who have been brought into my life by the martial arts. Those of you who know of me know that I’m a minister and pastor and not many people want to really hobnob with people of that ilk even if they are supposed to be martial art masters. Whether I’m a master is debatable. I’d be the first to deny such a claim but I am opinionated and I’m not afraid to voice what I think.

Several of my peers have noticed my affiliation with someone who I think is an especially wonderful addition and blessing to our community. This person has been suffering defamation of character, criticism and has been ostracized because of the honesty and integrity of her character. She has spoken out when expedience would have quieted the faint of heart. She has taken a stand in the face of opposition. Because of that she has been repeatedly attacked and often emotionally wounded by her dissenters. It isn’t an easy thing being a tender hearted warrior. I like to think of myself as a rather gentle person as martial artists go but tender hearted I’m not. If backed in a corner, I will probably come out swinging, in spite of my Christian calling. Obviously I have a ways to go in the realm of Christian example. Definitely a work in progress. I’m a minister, yes but I’m still endowed with a good dose of male aggression. The person I speak of is inoffensive and doesn’t go on the attack when she is wronged or unfairly treated. I aspire toward that kind of Christian temperance.

The person I speak of is meek and mild when she has the platform, the means and the audience to tear down someone’s reputation. Instead she leans more toward redemption than reciprocity. She exemplifies what being a woman used to mean. She’s kind and gentle. Loving and patient. She’s maternal enough to want to nurture and mother even the least lovable of us. At the same time she is burdened with a defined sense of fairness and justice. When she could compromise the reputation of a less than scrupulous individual she tries to redeem him. Not always the wisest choice if you want to stay out of the line of fire. How many times have I tried to minister to her through her tears? It is often a hard position that she occupies.

I am blessed to have this wonderful lady and martial artist as a sister in Christ and the arts and as a personal friend. She calls me her mentor and sees me as a counselor but I would hazard to say that I probably learn more from her than she does from me. 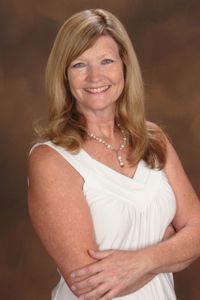 Dana Stamos, I can say without reservation that you are one of God’s chosen and I’m especially blessed to be included in your circle of friends. I’m not saying anything special to say that I love you. Anyone with a heart that values beauty, kindness and human decency would be hard pressed not to say the same and I’m only human. At this juncture I can honestly say that I am not alone in my assessment. Practically everyone that I have mentioned you to says the same thing. I was asked to speak for the IFAA Black Dragon Fighting Society and its patriarchs and the Black Lotus Martial Arts Association and say that you are more than well thought of. We appreciate who you are and what you do for the arts. You are included in our numbers as one of our inner circle. You have been a blessing to us as much as to the rest of the martial art community. The service that you render with little reward and sometimes with little expressed appreciation is invaluable.

Many others have expressed similar sentiments about you, Dana Stamos, but without their permission I won’t mention their names at this time. It isn’t that they are shy about their feelings toward you and the publications that you have created to represent the martial arts. I just don’t have the time or the inclination to go to each of them for expressed permission to mention individual names. Just rest assured that you are a treasure, a diamond in our midst.

Dana Stamos, there is little enough to say to express how you have enriched my life and the lives of many others. USADojo.com, Fightcon.com, MartialArtsSchoolsDirectory.com and your other creations bless many, myself included, but the greatest blessing is knowing you personally and calling you sister and friend. I love you much, my sister.

Donald Miskel - August 1, 2018
We use cookies to ensure that we give you the best experience on our website. If you continue to use this site we will assume that you are happy with it.OkRead more