A Robert Browning verse has been in my head lately, “The best is yet to be, the last of life for which the first was made.” I used to think that statement was referring to an old man relaxing on his pension, not having to try so hard to hone out some life for himself. A time that he had already completed what he’s going to do in life and now it’s just a matter of enjoying the fruits of his labor.

This last weekend I watched Danny Lane, Bill Wallace and Robert MacEwen teach a seminar and I had a whole new look at what may have been behind what Robert Browning wrote. The seminar was held at Sensei Michael Stabile’s Aikido School of Self Defense in Covington, Georgia, 20 minutes west of Atlanta. 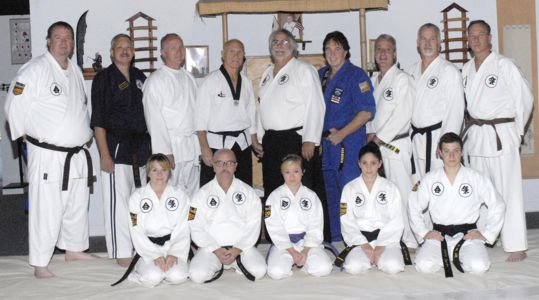 I wondered if the young people taking the seminar really knew who was teaching them other than the Martial Art stars they may have seen in the movies, on TV or in the magazines. I assumed since Robert MacEwen is Sensei Stabile’s instructor the students I saw this weekend weren’t just there for the autographs; and, that they came to learn… and that they did. 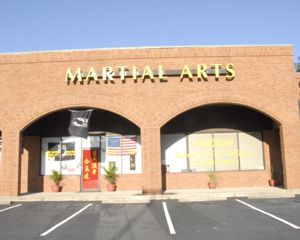 Getting back to Robert Browning, I recognized something else in his phrase that starts out, “The best is yet to be”. Danny Lane, Bill Wallace, and Robert MacEwen came to Georgia so they could share what they’ve spent a life time to learn… or, in other words, this is the moment of “that last of life for which the first was made.”

For some people, kicking back to retire just isn’t going to happen. Any one of these men can go on home, easily retire and hang all their awards and achievements on the wall. There isn’t anything, they had set out to do, that they haven’t done. But now, what’s set out for them to do, is to give. I see that term all the time, “to give back”, well, this is how it’s done. Their accomplishments in life have been shining examples, they have mentored the gifted and now they teach the rest of us who also want those gifts. About three or four times a year Bill Wallace, Danny Lane and Robert MacEwen pool their combined 120 years of experience to teach in some part of the world.

The beauty of this, beyond having three Martial Art stars in one room, is that a person with this type of experience shares the same thing they were taught, but with one exception, what they teach now has gone through that maturation process which is no longer just the ‘old traditional plus the new ideas’. When they teach, a third entity synergistically forms to move the ‘Art’ forward, break records and set new standards. Growth doesn’t come from just doing the same thing over and over.

I remember Chuck Norris teaching me a simple technique, a stepping front center punch. The way he taught me was used by our school for years. One day while I was teaching someone else what he taught me, Chuck stopped me and said, “Oh no, that’s all wrong.” He then explained that he was talking to a physicist about vector analysis and our “U-Step” was shown to be an inefficient method of delivering power. And so he changed it and in another small way we grew.

When something pops up to provide a “eureka” moment and you use that opportunity to grow, progress happens. The type of progress that broke the 4 minute mile or the progress that came about when the first aviatrix flew solo across the Atlantic Ocean. There are records broken every day simply because a person refuses to be limited by doing the same thing in the same way. And the people who break through these limitations are usually those who are taught by the caliber of experience that’s found in instructors like Robert MacEwen, Danny Lane and Bill Wallace. 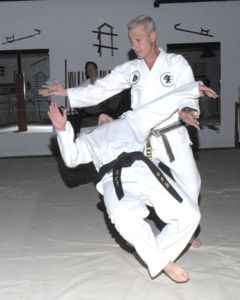 Each of these men brought something unique to the table.

Robert MacEwen is an Aikido Grandmaster who you have to take at face value and just trust his word. He will slow his moves down as he explains them, demonstrating the move, though, is another thing. He moves so fast you’ll never see it. You have to trust his word during the slow stage of the move and get the motor skills somewhat set in the brain, and then when doing it, you just become the move. It’s absolutely amazing to see what his students pick up so quickly.

I’ve visited Robert MacEwen’s Aikido school in Middleton New York, almost 30 years ago and I’m not astute enough to discern the difference from what I saw then, from what I saw Saturday. But, I can see that Robert perfected his art and found innovative methods of employing his craft that in some ways didn’t exist back then. It’s impossible, over a period of growing old, for a person not to add something of their self to what they learned years ago, something that they never had before and wouldn’t have now, if they didn’t learn more than what they were taught, because of synergism. 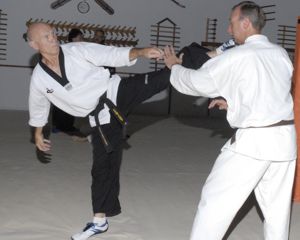 Bill Wallace’s forte is physiology. He can explain the most efficient way to use your body in order to pulverize your opponent. This is easily seen in his published works, “Karate: Basic Concepts & Skills”, “Dynamic Stretching and Kicking” and, of course, “The Ultimate Kick”. These have been on the market for some time and may be hard to find, but the search will be well worth it.

I’m aware that there will always be something new, but when I heard Bill Wallace telling a class Saturday to move their front foot first when closing the distance, I thought he was behind the times and never caught up. Defensively, I was taught to key off my opponents front foot, and as soon as an opponent moved that front foot towards me they would be in range of a counter. But Bill explained the front foot moving first in such a way that made sense and now I’m going to teach it to my black belts.

I started hearing the same thing going on with Robert and Danny that I heard from Bill. That is, I heard concepts contrary to what I was taught 40, or just 20 years ago. But when I saw them being taught, I knew I was hearing the “progress” that I haven’t heard since my heavier training days.

What I saw in Danny Lane’s teaching was the benefit his continued use of what really works in the reality of a tense, unpredictable confrontation. Danny’s input was built by adding the techniques of Robert’s Aikido training with the physiology of Bill’s kick boxing and coming up with practical applications. Because, unless you’re just trying to stay in shape, why go through all this effort if you don’t end up with something you can actually use. 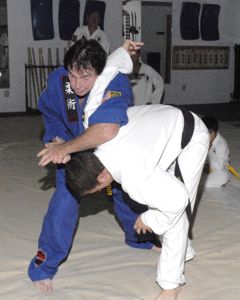 I’ve trained with Danny, going back to when I was National Director for Chuck Norris’ UFAF organization 20 years ago. Danny and I traveled together to the training seminars and we were both on top of our game. But I went on to other endeavors while Danny continued to use what he was taught, not only in teaching, but in his practical application as a combat Marine, during his Law Enforcement and now as a Private Investigator. And it shows in his teaching. Everything is practical and effective, it has to be, he and the law enforcement officers he trains bet their lives on it every day.

By watching Danny, Robert and Bill, conduct this seminar I learned a lot about how the martial arts is evolving and what makes these men so important to its growth.

They are in their prime, because right now they are doing exactly what they are designed to do, they’re passing the baton. The new student will mature and one day teach their students who will also go through a maturation process and then they will break the old records and pass on what they’ve learned to the next wave of bright young dreamers.

And progress marches on.

Enjoy Life Because of What You Bring Into It

Duke Tirschel - April 15, 2012
We use cookies to ensure that we give you the best experience on our website. If you continue to use this site we will assume that you are happy with it.OkRead more