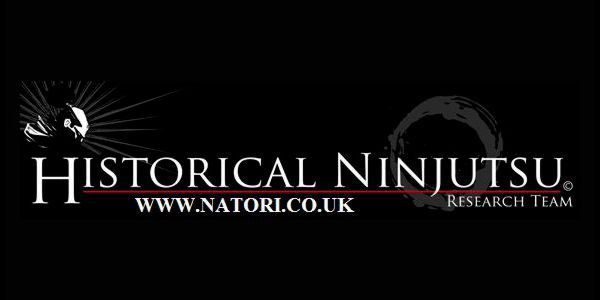 With this article, the Historical Ninjutsu Research Team aim to provide a brief introduction to the fascinating story of the Japanese ninja, giving the reader an insight into the world of the Japanese spy and their abilities. The ninja or shinobi as they were known are not only little-understood but are also misunderstood with many misnomers proliferating their story, this introductory guide will help you establish the facts about the arts of the ninja and show you the reality of the fascinating world in which they lived. 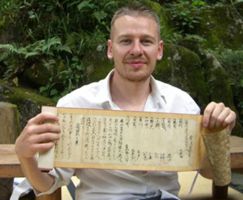 WHAT IS A NINJA?
The first element in the search for the ninja is to truly understand what the word “ninja” meant to those first Japanese who coined the term and to those who used it to convey an idea, persona and meaning, this requires people from a modern audience to cast off the media understanding as the truth, because from its original form it has been totally distorted and manipulated, what a lot of people do not realise is that even with this distortion the world of the Japanese ninja is still marvellous, fascinating and truly one of the gems of history.

THE JAPANESE SPY AND THE NINJA
One of the reasons the word ninja is so common within the English language is that there is no direct translation, the most common translation understood by the masses is that of a Japanese spy or Japanese assassin, the problem here is that neither are correct, the word does not carry the full message to the English reader, the reason for this is that the ninja was not just a spy nor was he an assassin, what most people do not know is that in Japan there were other types of spy such as kancho. The ninja are so difficult to pinpoint due to their long history and the transient nature of the term and its use, hopefully by the end of this short introduction you will have formed a more concrete understanding of the concept of ninja and you will see how it differs to what is normally thought of them, however, in short a ninja was someone who could be classified as; a spy, scout, pathfinder, tracker, intelligence gatherer, infiltration agent, arsonist and thief as well as many other things.

THE ETYMOLOGY AND THE MEANING
To understand the ninja better, we must understand the way in which the kanji or Japanese ideogram was formed, while the ninja have had many names attributed to them there are two main versions of the root word that have gained popularity and appear to have been understood by most people in their historical context.

Read An Introduction to Ninjutsu PDF

Martial Arts and the Knowledge of Self-Defense