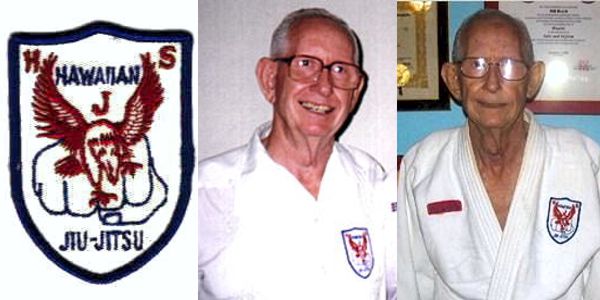 Professor Bill Beach, Judan, is founder and technical director of the Hawaiian Jiu-Jitsu System, Inc., incorporated February 1, 1971. He was born December 15, 1928 in Baxley, Georgia. He began his martial arts training in 1950 with Prof. Ray Law, disciple of Prof. Henry Okazaki and co-founder of the American Judo and Jujitsu Federation.

He continued his martial arts training in Hawaii through the courtesy of Prof. Richard Takamoto, son-in-law and student of Prof. Henry Okazaki, as well as training on the mainland under various instructors, styles and systems. In 1960, he was appointed Southeastern Regional Director by the AJJF, and was appointed to the Board of Directors in 1962.

He organized the Kodenkan Karate Association in 1968 in eight states on the mainland, and in 1971 consolidated all of the activities of the Kodenkan Karate Association and the Southeastern Region of the AJJF, including additional states in which the above activities existed at the time, and incorporated the Hawaiian Jiu-Jitsu System, Inc. with the national headquarters located in Jacksonville, Florida.

Professor Bill Beach passed away peacefully in his sleep on Friday, August 17, 2012 in St. George, GA. He was 83 years old. Bill proudly served in the United States Navy during WWII as a parachute rigger. He founded the Hawaiian Jujitsu Foundation in 1971 and mentored hundreds of students. He was an employee of JEA and worked his way up to safety officer.

Professor Bill Beach was a lovely man and will be deeply missed.