Home Instructor's Center Who is a Black Belt – Living the Rank

I’ve been following a thread on one of the martial arts sites on Facebook. The question was asked, ‘Should a child be promoted to Black Belt’. To speak mildly that question opened up a can of worms. When you ask a question like that among martial art instructors opinions and egos are stirred up. Opinions fly like tobi geris and ‘superman punches’. It could prove physically dangerous to come between the vying opinions.

Actually these things need to be discussed but it is doubtful that any level of agreement can be reached. There seem to be as many opinions as there are senseis. I wish that I had the definitive answer to such a question but my wisdom is probably as flawed as everyone else’s. Where I differ is that I have a column wherein to air my opinion. Hence, this article.

I have been studying the martial arts since the mid to late fifties and have been teaching since the late sixties. Does that qualify me to be the conscience of karate or the voice of the martial arts? Probably not, but I am opinionated and I have a forum that allows me to voice my opinion.

The martial arts were never meant to be a sport or a weekend hobby. They weren’t meant for everyone. Those who studied and practiced these forms of combat did it out of necessity and not for fun or personal pleasure.

The martial arts were never meant to be a sport or a weekend hobby. They weren’t meant for everyone. Those who studied and practiced these forms of combat did it out of necessity and not for fun or personal pleasure. They were a means of survival. These various arts were created in feudal times and were necessarily combative and potentially violent in nature. There were no niceties in combat and expedience described the nature of these arts. The martial arts were a means to an end and not an end within themselves. If they enabled a combatant to survive a violent confrontation they fulfilled their purpose. If they didn’t it was a moot point. A combative art either worked or it didn’t. if it didn’t work for you there was seldom opportunity to go back to the drawing board and redesign them. Those arts either worked or they didn’t. The ones that did survived the cut and were passed on.

The ones that didn’t died with the combatant.

These days we have what the media used to call weekend warriors. These are people who dedicate a few hours a week studying the martial arts. They do it for various reasons. For some it’s a form of exercise. For others it’s a sport. Some others see it as a distraction to break the boredom of everyday life. There is nothing wrong with those approaches as long as the instructor and student are clear about what they are doing and don’t expect anything more from their art than what they put into it. It would be unrealistic to play baseball and thing you can take those skills to the battlefield. Both a baseball and a baseball bat could do serious physical harm in a given situation but baseball doesn’t train warriors and it doesn’t claim to. It would be foolish of a little leaguer to think that his prowess in the sport prepared him for combat on the field of battle. Any coach that told them different would be preparing him to be badly injured or worse. Baseball doesn’t translate into effective combat. It isn’t meant to. Understanding that it is possible to enjoy playing the game without any unrealistic expectations. 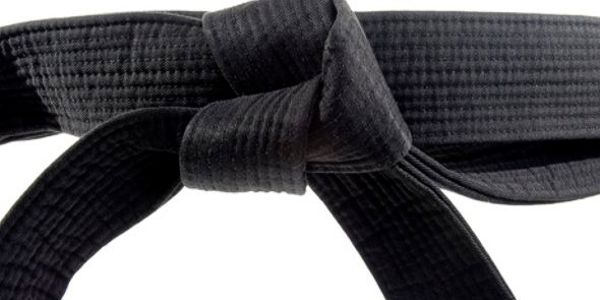 We have to be responsible in what we teach, who we teach it to and the expectations we leave with our students. In a martial art setting it is dangerous to to let a student think that he is combat ready when he has been taught a paper doll sport. Jiu kumite is not combat. Thinking that it is will give a student a false sense of security. What works on the tournament floor doesn’t work in combat. It is a fact that we fight the way we train. Fights are won in the gym or the dojo. They are translated into effective combat in the streets or on the battlefield. Our military isn’t taught play fighting. That would only get them killed. Instead they are taught violent, no nonsense techniques that translate into success in combat. Anything less will not prepare them for the reality in combat.

If a martial art is to be used for combat or self defense it should be taught as such. If it is designed to be a sport or a weekend activity it should be presented as such.

Karate and other such systems are taught as arts these days. As long as we are realistic in this our expectations are realistic. Thinking that a Black Belt in some sport is going to make you a real fighter is dangerously misleading. If a martial art is to be used for combat or self defense it should be taught as such. If it is designed to be a sport or a weekend activity it should be presented as such. It is irresponsible for us as teachers to let out students think that they are capable of standing against rabid street predators if they are not.

A Black Belt said that you are able to fight and you were capable in a self defense situation.

Herein lays the problem. What is a Black Belt? What does it imply? Over the years the Black Belt has implied efficiency in combat. A Black Belt said that you are able to fight and you were capable in a self defense situation. Give a student a Black Belt and he thinks that he is able to take on the world. Well, maybe the instructor has taught the student different but that is how the world sees it. Unfortunately, the student more often embraces the world view of his supposed physical prowess. After all that’s what a Black Belt is supposed to imply.

Should a ten year old be promoted to Black Belt? I don’t think so. He isn’t able to live up to what the rank implies. Of course that’s just my opinion. The final decision in such a matter rests with the sensei, school and organization that sets the standard for giving rank. A teacher will have to decide that for himself. However, in considering awarding a child with a rank that he is going to have to live with and represent it might be wise what message you’re giving the student. There are no ten year old Bruce Lees. A student has to live with the rank once he has it. He has to live the rank. It is important that we as teachers give him the right message. We are responsible for what we sow into our students.

Beyond Self-Defense: Improving Life and Well-Being