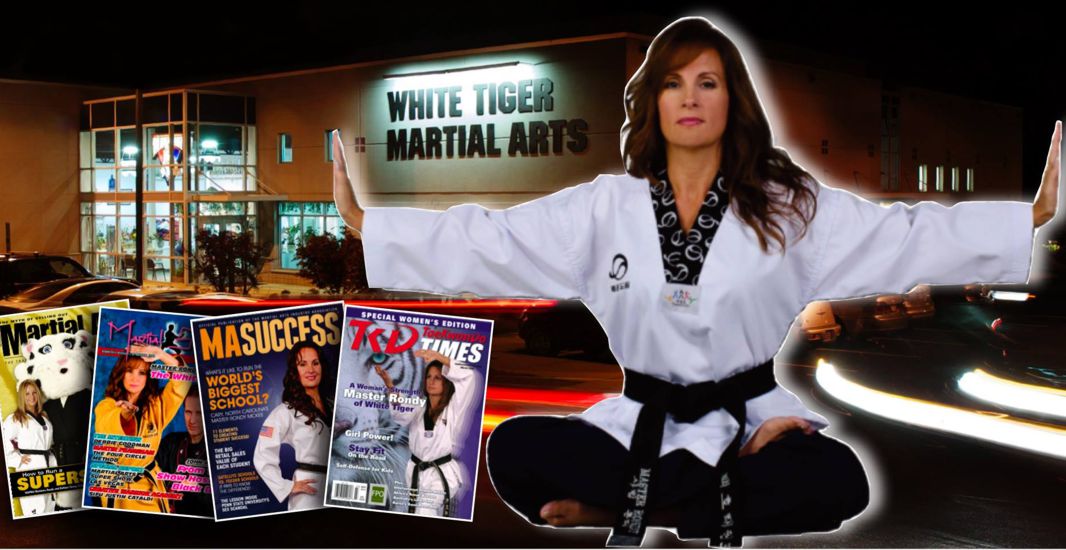 When I was a 3rd degree black belt living in Korea as a member of the Korean Tigers Professional Demonstration Team, I asked what it takes to be a martial arts master. I had heard that 4th degree was the “turning point” and you became a “Master.” I had hoped to test to my 4th degree before moving back to the states, so I asked my teammates, “What does it take to become a martial arts master?”

I should have known better than to ask a couple dozen guys, all equivalent to being my little brothers. They said, “You know when you book your ticket to fly to America?” “Yes,” I listened patiently for this magical moment of master making. “The plane lands and the door opens,” “Yes, yes, go on.” “You raise your right hand, and say, “Hi everyone, I’m Master Rondy.” And, from that time on, you will be called Master Rondy.” Well, it did happen that way, but of course there was a whole lot more that went into it.

Let me back up quite a few years. Why did I start marital arts? I often tell students, why you start and why you stay are probably two completely different reasons. I started martial arts out of fear.

I was working during the day in agencies, and working extra hours in my first business before I was 20 years old. My specialty was marketing and advertising. I was actually an artist, but I didn’t want to starve to death, so I learned how to adapt my eye for art into a lucrative business through marketing, advertising, and public relations.

I had been artsy my whole life, and strict military parents instilled a sense of discipline and responsibility in me. This unusual combination of traits made my work very marketable. My marketing campaigns were effective, and I quickly made a name for myself in the field. But my gender, my smaller size, and my late hours, also made me an easy target. I started to think about getting a gun for protection.

Living in Detroit, you would think it would be easy to get a gun. But I wasn’t really sure how to go about it. I was already taking scuba diving classes from the Detroit Police, so I asked my instructor how I could get my hands on a gun. He quickly advised against it. He said I was too small and too timid. He said the next time I had trouble, the bad guy would just take away my gun and have it to use against me.

I understood where he was coming from and asked about pepper spray. He said, “Have you ever been sprayed with pepper spray in the face? Because you will if you decide to get some.” It became apparent that he was not going to help me. I needed to find something the bad guy could not take away from me. The thoughts of learning self-defense entered my mind.

My first impression of entering a martial arts school to ask for information was not a positive one. There was a dozen or so balding men, every single one was overweight, no women anywhere, and the smell was a problem as well. The outfits that I had imagined being silky and colorful were stiff, off-white canvas, and everyone had on flood pants.

Then the guy in charge barked, it sounded just like a bark, and the men started doing a drill that looked very much like leap frog. And they were all barking too! The guy in charge noticed me just inside the door. He started in my direction, and I bolted as fast as I could. What was I thinking? This was not for me.

So it took another “incident” to realize I really needed to do something. This time I was injured. My hand, my drawing hand was in a cast. It was going to be a while before I was able to work. I could not barricade myself in my trailer forever with my kitchen chairs wedged under the front and back doorknobs.

I had been working at an agency on the other side of town. Every day, I passed by a school in a strip mall that had a sign in the window which read, “3 Lessons and a Uniform for $19.99.” I summoned the courage to go in. This place was much different. I soon learned that this was Taekwondo, which I had never heard of. “It’s Korean Karate,” they told me. In this school, the students were young adults, and it felt more my style. There was a teenage girl in class with a green belt. I was mesmerized by the fluidity of her movements. Surely green belt must be the highest rank!

I plopped down the $20 and took my first lesson with the instructor in the corner of the mat. I had never done any physical exercise or sport in my life. I was the artsy kid. I was labeled early on, as the last kid to be picked for the team, the slowest runner on the track, and the only kid who did not know the rules of basic sports.

The instructor, either a marketing genius, or I’d like to think, he saw something in me, said, “You could be good at this.” Notice he did not say you will be good at this, but just the glimmer of a chance that I could be good at anything physical was all it took. Where do I sign up for the longest program you have!

I received my student manual and read the entire book cover to cover that night. I saw how much time it took between belt colors and calculated my testing dates. I did not even know there were so many color belts. And to my surprise, green belt was not the highest.
I trained hard, practiced at home and progressed quickly. I put painter’s tape on my carpet to make lines to practice stances. I made north, south, east, and west signs for the walls so I could practice forms. I created a make shift stretching machine by stepping on glossy magazines and sliding on the carpet, a rope with a loop hung over the dowel in my closet to help stretch for side kick. Back at work, I stuffed my scarf down my coat sleeves, as it hung on the coat rack. This partner with “arms” helped me practice my self-defense moves.
The day had come; I was ready for my first tournament. I had joined to learn some self-defense, but my instructor really thought I should compete for the school. I had never enjoyed watching sports of any kind, but this was different. It was exciting, and I realized that I was learning; I actually understood the rules and knew what was going on.

I also noticed something else. I noticed some things were not right, something was off. I knew the rules; I had read them over and over many times. Yet, the rules seemed to be altered, and decisions were overturned when some other master came over to talk to the judges.
I asked my instructor what was going on. He explained the hierarchy and rank. And some things are just because one outranked the other. It was not right; it was not fair. And on that day I decided I needed to earn rank.

My training had taught me how to compete, but it also taught me to be more aware of my surroundings and my situations. My newly found confidence enabled me to stand up for myself when I was not comfortable, and I was not comfortable with the amount of attention I was receiving from my instructor. It was time to move on.

I was not willing to give up my training, so I looked in the phone book for the head master’s school, the one from the tournament. His students were very skilled, and he seemed to be very respected by all the other instructors. He was located on the other side of town. It only took a day to secure employment close to his school.

I was just a yellow belt, so the transition was smooth. This school was much different, much stricter, and had tougher students. I loved it. It took a while to get used to a Korean instructor and the accent, but I really enjoyed learning the culture.

It was at this school where I started learning Hapkido and demo stunts. At blue belt, I asked my instructor when we would learn to teach. “Saturday,” he said. That was not what I meant, but you did not say no to my instructor.

Saturday, I showed up bright and early, and he pulled out a chair and sat along the side of the floor. “Go ahead,” he motioned and I went to the front of the class. I had dreamed about this, but was not expecting it so quickly. I knew the Korean phrases to say to start class, but not necessarily the correct order in which to say them. My master would yell at me from the side with every mistake. It was horrifying.

When I counted out for the class, he would yell that I was “too fast,” then “too slow.” “Who taught you that,” he would ask. The one-hour class seemed like an eternity. I was sweating more than the students. This is where I learned how to multi-task. I would be counting kicks, and the phone would ring, or someone would walk in.

You learn quickly how to delegate and manage time. Every Saturday for almost 2 months we did this. I would teach, and he would point out mistakes from the sideline. Then one Saturday, I received the biggest compliment he had ever given me. He did not show up. He trusted me to run class on my own.

Everything changed for me, being on that side of the floor. I wanted to teach so much. I was only a blue belt, so I did not have that much wisdom to share. But that changed in time. In time, my training would take me to Korea for competition.
I would end up moving to Korea to live, train, perform, and tour as a member of the Korean Tigers Professional Demonstration Team for several years. Back in the states, my experiences in Korea, and working in ad agencies, enabled me to build the world’s largest martial arts school. This year we celebrated 22 years of business and our 12,000th student.

Thirty-something years of experience and earning an 8th degree black belt, gave me the title of master or grandmaster. But it was when I had compiled the experience and skills to pass to my students, with the intention to hold nothing back, to teach all that I know, and provide opportunity for even greater growth, to strive to make them better than I could ever dream – that I became a martial arts master.

COURAGE in Judo and in Life