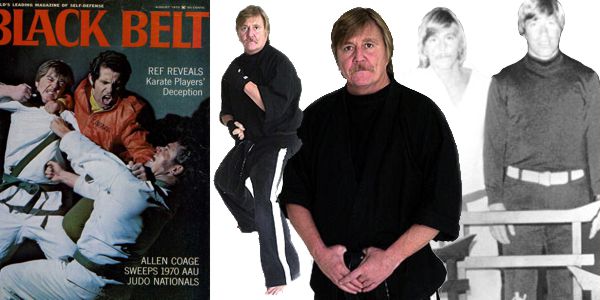 Bob Burbidge was rated by three martial arts magazines as one of the top fighters in the U.S. – Karate Illustrated, Official Karate Magazine. Professional Magazine.

Bob Burbidge had been a member of the first Professional Karate Organization. A member of the USA All Star Team headed by world champ, Mike Stone. 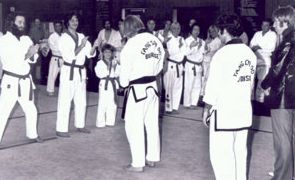 Since his retirement from competition Mr. Burbidge focused his attention to the training of young Karateka across the U.S. Three of his students won International competitions.

A consummate professional Mr. Burbidge considers all aspects of Karate important, and introduced videotape playback as a way of training.

After a courageous fight against cancer, Bob Burbidge passed away on Thanksgiving Day, Thursday November 25, 2004. Services were held December 2, 2004 in Chatsworth, California. In an incredible display of brotherhood, Bob Burbidge was remembered by martial artists, students, peers, friends and family from all over. Many Black Belts attended dressed in full uniforms. Fighting champions Mr. Howard Jackson and Mr. John Natividad spoke at the funeral, recalling many of the elusive qualities that made Mr. Burbidge both a great man and a consummate martial artist. One theme that ran through the service was that the memory of Mr. Burbidge’s life, his love of his art and the things he taught are his legacy, that will live on as long as we continue to honor the traditions he loved so much.

Bob Burbidge was honored posthumously in 2004 with The Black Belt Hall of Fame Honorary Award.

USAdojo - February 26, 1969
We use cookies to ensure that we give you the best experience on our website. If you continue to use this site we will assume that you are happy with it.OkRead more