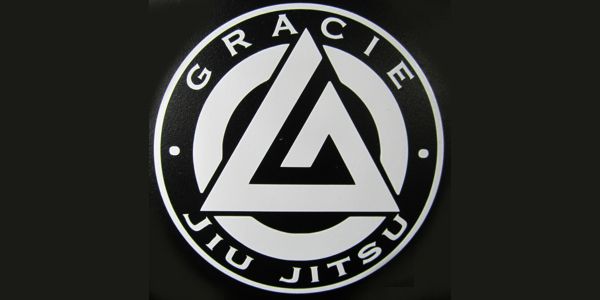 Anyone who’s been involved in the martial arts for the past 10 years has heard of Gracie jujitsu (“GJJ”). A Brazilian modification of old-time Japanese jujitsu, the art (also known as Brazilian jiu jitsu, or “BJJ”) is mostly known for its emphasis on systematic groundfighting.

BJJ was largely unknown outside of Brazil (and, to a limited extent, Japan) until the introduction of the Ultimate Fighting Championship, a mixed martial arts competition in which combatants fought full contact and were allowed to use any technique whatsoever.

All of a sudden, everyone wanted to learn “Gracie jujitsu”. The reason? Time after time, Royce Gracie emerged victorious at the UFC. Karate men, ninjutsu masters, savate professeurs and boxers were all forced to tap out as Royce took them to the ground and systematically worked his way into a position where he could choke or joint-lock his opponents into submission. In almost every case, Royce was considerably smaller than his opponent. It was incredibly inspiring and envy-inducing.

The Gracies, entrepreneurs that they were, wasted no time trumpeting their art’s “street effectiveness.” The previous commonsense mentality was that going to the ground in a street fight was the worst thing you could do, but every time, the Gracies would point to Royce’s victories in the U.S. (and his brother Rickson’s far more impressive victories in Japan.) The Gracies would further claim that their’s was the most important and practical system to learn, because based on their experience fighting on the streets of Rio de Janeiro as well as in numerous challenge matches, “ninety percent of all fights go to the ground.”

Many other stylists had valid objections to the Gracie philosophy. But it’s hard to argue with such a dominating win record, which the Gracies surely had. So, for at least a couple years, most people bought into the Gracies’ arguments that groundfighting expertise, particularly of the BJJ variety, would be enough to carry the day almost all the time.

Then, the Gracie record started evening out. Gracie fighters started losing – at first, only to other Brazilian jujitsu opponents (mostly from Brazil), then to proponents of other grappling styles such as wrestlers and judo players, and then finally, to strikers as well. To be sure, the practitioners of Gracie jujitsu were still (and probably always will be) a force to be reckoned with when competing in a controlled environment, but their aura of invincibility was gone. This was key to opening the way to an honest examination of the effectiveness of BJJ in a real-life situation.

The Gracie rise and (slight) decline
Before we go any further, let me say that I have enormous respect for all the Gracies and believe their system is well worth studying, both for its practical usefulness and its enjoyability.

In a paradoxical way, the Gracies were able to dominate in the early days of mixed martial arts competition because traditional fighters so overestimated their opponents. I’ll explain.

Many great fighters will tell you that the toughest opponents aren’t necessarily those that are the most skilled and the most highly trained. Instead, it often is those that are untrained who pose the most problems. Untrained fighters move awkwardly due to their inexperience; this makes their attacks harder to predict. They will often do things that are entirely contrary to what a skilled fighter “knows” would never work. Yet, precisely because a good fighter “knows” that certain tactics are stupid – he becomes vulnerable to them. When such an attack is thrown at him, he freezes in disbelief, and he gets hit as a result.

The Vikings were versed in this philosophy. When the battle looked hopeless, they believed that the best thing to do was the stupidest tactic they could imagine – the one thing their opponents couldn’t believe they’d be stupid enough to try. And that would often save the day.

Now, I’m not saying that the Gracies are stupid, unskilled or untrained – far from it. But their strategy of taking the match to the ground was so contrary to long-established common sense that traditional martial artists found themselves unprepared to deal with the tactic. Even wrestlers, accustomed to groundfighting, were taken aback by the Gracies’ emphasis on submissions and willingness to stay on their backs; wrestlers know about submissions, but tend to stress the pin. Thus, the Gracies’ opponents defeated themselves by being surprised at unconventional tournament tactics and making mistakes as a result. In short, the Gracies won all the time in those days because their opponents were simply ignorant about what to do when the “stay on your feet” rule was broken.

Eventually, however, wrestlers and their standup counterparts began to succeed against BJJ practitioners in tournaments. It’s a fairly simple explanation: they studied the Gracie game and developed ways to counter it.
Addressing Gracie claims

“Ninety percent of all fights go to the ground” Ask anyone who constantly has to engage in hand-to-hand combat or lives with violence whether this statement is true. I guarantee that the answer will be “no.” Cops, soldiers, military operatives, and even bouncers rarely find themselves grappling on their backs in their line of work. This is not to say they don’t think it’s a useful thing to know, but it’s generally not the main way their fights take place.

In truth, this Gracie statement reflects more about their art than fights in general. A Gracie practitioner’s strength is groundfighting; it makes sense that he would try to take a fight to the ground, where his skills are most likely far greater than his opponents. It thus becomes a self-fulfilling statement; most of a Gracie practitioner’s fights go to the ground simply because he actively tries to take them there.

“Our success in the UFC and other MMA matches shows our art’s street effectiveness.” In fact, the Gracies’ proclivity for going to the ground makes it dangerous for use on the street, for many reasons.

I’m not saying learning BJJ or groundfighting is a waste of time. But I just don’t think it should form the core of your fighting strategy and training.