The Art and the Way By Robert Hunt begins in the 15th century when a young Okinawan boy is initiated into the martial arts of China by a strange visitor.  The boy records what he is taught as best he can in order to both remember the knowledge and pass it on.  The book he creates is continued by successive generations and grows into a secret family heritage, passed down through four hundred years of Okinawan and Japanese history, and a witness to the development of the art and then the way of karate from ancient times to modern.

A young American boy, David Cody, has the unique opportunity to spend his early childhood and youth within the quiet halls of a Japanese karate dojo, raised in the traditions and language of the Japanese martial arts.  He returns to the United States for college, but in a twist of events finds that his martial ability may not be all he thought it was. David returns to Japan in a quest for the truth of his training and runs into a destiny he never expected.

David searches the lives of karate masters from ancient China, through Okinawa and Japan and even to the United States for some clue to the roots and reality of karate and traces the history of that martial art through all of its incarnations, first as a fighting art, then a philosophical discipline and finally a Western tournament sport and Hollywood media event. But there is a sinister side to what David finds and David comes upon a mystery that will change his life. 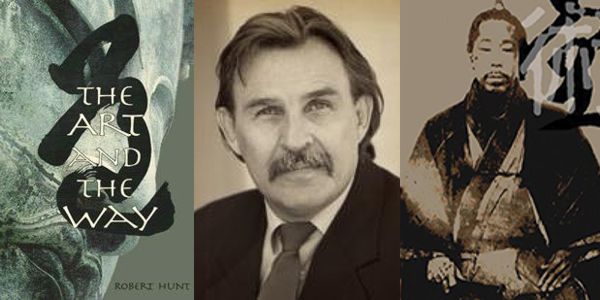 The Art and the Way” begins with the story of Peiching, an Okinawan who spends the first half of his life in China studying Chinese Chuan Fa, the martial art made famous by ancient priests, then returns to his homeland only to find it occupied by the Satsuma, brutal Japanese conquerors.

Useishi, Peiching’s accidental disciple, returns to China in a quest to find his teacher’s teacher and continue his training at the root source of the knowledge.

In 19th century Okinawa the karate master Shuhari Kensho and his wife, Masayo, equaled only by her husband in her knowledge of the martial arts, stand in the middle of another changing Okinawa, a country torn between two opposing forces, on the one hand trying to hang onto its own ancient culture and on the other giving over completely to the Japanese who have controlled the country for almost 300 years.  Shuhari sees this change clearly in the development of his own karate.  Once a secret fighting discipline, it now seems to have become more of a philosophy of life than a martial art.

Preview the Book
The Arts and The Way Website

Correspondence From Readers – The Art and the Way

I am enjoying it a great deal and agree that it is the “first” great novel of karate. – George Mattson

I just finished your book and can honestly say that it is great.  I love the way that you made a seamless transition between the past and the present.  The “moral” issues regarding traditional v. competitive karate are thought provoking.  I also enjoyed the history lessons interspersed throughout.  Best of all I have a new favorite line: “Death, at their hands, could take a lifetime.” Incredible! – Doug Stein

I just finished reading your book. Excellent.  Well written and very well researched.  I read a lot of books and this one I could not put down.  I will recommend this to all of my students. – James Otter

First, thank you very much for writing this.  Quality and entertaining fiction about the marital arts is a market that is greatly lacking.  I found it a very fun and fast read.  As a student of the eku-bo, I may be a little partial.  Also I wanted to tell you that you really helped me look at katas differently.  Previously, I understood intellectually that they were fights, but until I read the section at the end where Useshi recreates Peiching’s fight – I never understood it emotionally. It was very moving.  Nice touch. – Shanley Wells

Congratulations on your book.  What an undertaking.
Some of my favorite passages:

I admire your skill. – Jacki Long

Thank you very much for personally signing a copy of your book “The Art and The Way” for me. I just finished reading it this morning and wish to congratulate you on a wonderful Karate novel.

Your descriptions of the Japanese locations brought back such pleasant memories that it was déjà vu for me.

I was a direct Iaido student under O Sensei Sakagami and vividly recall Tsurumi station, the temple, the walk across the tracks, over the bridge (and the smelly river) and on to the dojo located at 16-5 Honcho Dori.  I remember the Ofuro, the noodle shop, the restaurant on the corner clearly.  I used to live with O Sensei either in his home or, next door at the apartment building every time I was in Japan for extensive training.

Thank you so very much for bringing back those private memories.  They made me remember how fortunate I was to be able to train under such a truly knowledgeable and great martial artlst as well as a wonderful man.

I would like to purchase 6 more copies of your book “The Art and the Way to present to my senior instructors in Canada.

I look forward to hearing from you soon.

It was good too meet you.  I’ll admit that I let your book gather dust since then, but was really glad to finally read it.  After I started the first chapter, it was hard to put it down!  Your writing really drew me into the story.  Also, I’m now intrigued in learning more about Okinawa & its martial arts.

Thanks for your time!  I hope to see you at the next Matsuri.  Also, assuming you’re still teaching in the Phoenix area, I’m sure it would be very interesting to visit your dojo.

The prolific British author G. K. Chesterton once said, “Tradition does not mean that the living are dead, but that the dead are living.” Robert Hunt, in his new book The Art and the Way, embodies that concept as applied to the world of the martial arts. Hunt effectively uses a writing style that shuttles the reader from the present to eras gone by, and back the present, which indeed leaves the impression that the “dead are living”

The Art and the Way is a story of tradition and heritage and how those steadfast values are under assault in today’s society. The book opens 400 years ago in the Ryu Kyu islands, where we meet Peiching, a lowly commoner. Through nothing but the instinct to survive, Peiching uses an oar found lying on the beach and not some store-bought system of defense as might be available today, to successfully defend himself against the swords of a group of samurai. As Hunt successfully does throughout the book, the reader is whisked into the scene and can actually feel Peiching’s terror while he contemplates what he thought would be his inevitable death.

Fast forward to present day America where we meet David Cody, a young martial artist with family roots in Japan. After suffering a humiliating defeat in a challenge kumite match at a local tournament, David consults with his seasoned instructor and decides to rediscover his roots in Japan.  David moves in with his grandfather, who is the master of a very old, but unassuming dojo outside of Tokyo.  David’s family heritage is the martial arts and we soon learn that David is a descendant of Peiching.  At his grandfather’s dojo, David discovers an ancient book known as the Bubishi.  The Bubishi is an accounting of David’s family dating back to the days of Peiching, and passed from one generation to the next, each adding the stories of their respective times.  David begins to secretly read the book and Hunt, brilliantly devoting alternate chapters to centuries gone by, allows us to join David on his journey through his past.

While in Japan, David encounters many difficulties and the story is interposed with mystery, intrigue and, of course, love interest.  But the true brilliance of this book is the manner which Hunt uses an artifact such as the Bubishi to connect the past with the present, and guide the reader through an anecdotal history of how the martial arts, and the true principles upon which they are based, developed.

Hunt’s historical research shines through the pages and his ability to tell a story with descriptive detail make this book a treasure.  Simply stated, The Art and the Way is 282 pages of enjoyable reading. The reader will finish the book with a much improved understanding of the importance and meaning of martial arts training, and will have received an interesting history lesson on the way, I highly recommend this book for all martial artists or not.  I eagerly await Robert Hunt’s next book.

Doug Stein is head instructor at South Florida Shotokan in Miami, Florida and is the author of the much acclaimed book – Karate: Scattered Reflections of a Traditional Art in a Modern Society. 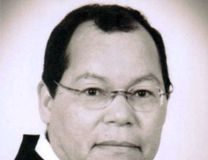