Archaeologists often find older cities beneath cities that rose up later. I’m not sure why that is but maybe it is because they use the strength of the foundation of the previous structure to build on. I could be wrong in that assessment but the principle seems pretty sound to me. If it’s usable why lay a new foundation?

I have studied several traditional martial arts in my many years of study and in several I’ve received advanced rank. For years I taught classical systems of karate, kempo and jiu-jitsu but these days I lean toward a more eclectic approach. I’m the type of person that hates to discard anything that I can find a use for. If it’s useful I’ll find a way to use it. This approach has also become my approach to the arts that I teach, I’ll use whatever techniques are usable.

In my many years of teaching I’ve only had a hand full of uchi deshis (close door students). They are the ones that I hope will carry on my system after I’m gone. While developing the system that I now teach the art went through a number of incarnations. What I taught in the eighties bares only a passing resemblance to what I teach now. Each of my private students was taught according to what I was doing at the time. If you brought them together it would be hard to believe that they were trained by the same person. It may even be hard to tell that the individual students I teach studied the same system. There’s a good reason for this. I didn’t necessarily teach them the same thing. The basics are the same but the art that I teach is plastic and is molded to the individual student.

Several things determine what I’ll teach a student. Age, personal ability and athleticism figures into the equation. I also take into consideration individual body types, strength, flexibility and attitude. I also consider who I’m teaching and what they require from the martial arts. Different people study for different reasons. I’m not interested in teaching for competition but if I were I wouldn’t teach a sport based system the same way I do a fighting system. The needs of the student varies and I will teach each according to his individual needs. Another thing that I take into consideration is former training. If a person has a good foundation in whatever art he studied previously I’m not going to raze that foundation and build another. Not if the old foundation is useful. 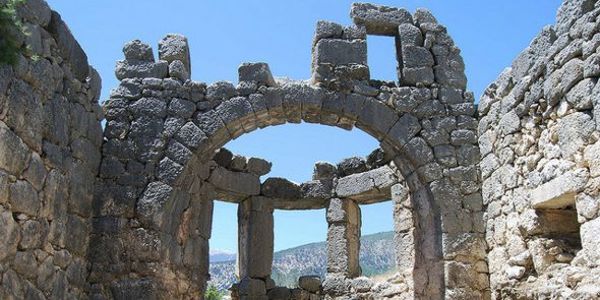 I’ve studied several striking arts as well as a number of grappling arts in my career. I’ve also had opportunity to study fighting arts, self defense and military unarmed combat. With that pool of information I’m not so limited in what I can teach a student. This gives me the knowledge and flexibility necessary to consolidate their former training into what I teach them. I’ll expand their knowledge into other areas but if at all possible I prefer to build on their existing foundation.

I believe in a well rounded approach to the martial arts. I think a striker should be able to grapple well enough to enable him to deal with a grappler long enough to implement his game plan. He should also be able to challenge another striker by introducing some grappling into the mix. In so doing he can take a better or equally skilled striker out of his element. Unless you’re better in that particular area it isn’t a good idea to fight another opponent’s fight. You have to be able to flip the script on him and confront him with a challenge that he can’t meet.

I can teach a lot of different techniques but I believe that a personal system shouldn’t be too top heavy. For example I know a lot of joint techniques but I don’t teach them all. For one reason I feel that some are more effective and easier to apply than others. By the same token some can be used in a wide variety of situations. Those kind of techniques will be the kind that I’ll lean toward. For this reason I don’t teach aikijitsu or jiu jitsu as separate arts. I teach what I feel blends well with the other grappling and striking techniques that I teach. I feel that every element of the system should compliment all of the other areas. That way different approaches can blend together into a cohesive system.

The method that I teach has a lot of possible combinations so the system has hundreds of techniques and combination of techniques but I only teach the bulk of the system to those that I hope will carry the system on after I’m gone. The rest of my students manage to learn a rather simple system custom made for them and tailored to their own needs. Consequently I believe that I’m teaching a practical system that anyone can learn and excel in. For the same reason it tends to be efficient and effective in its application.

One of my uchi deshi (s) in Tucson studied judo in his youth. His background was pretty comprehensive and his ability was better than acceptable. I accepted him as a student and we spent almost eight years studying together. I taught him a blend of karate, kempo and aikijitsu but because of his judo background I placed more emphasis on aikijitsu and jiu jitsu. He turned out to be a good striker with decent kicks but he excelled in the grappling techniques I concentrated on. He didn’t particularly like it. He moaned and groaned on the evenings that I announced jiu jitsu night. I’m probably not the most gentle teacher in the world and to his credit he kept coming back in spite of the constant whining and complaining. He now has black belts in both the jiu jitsu/aikijitsu and the kempo systems that I teach and he is currently teaching in Tucson. He was recently reacquainted with his judo sensei and they plan to stay in touch. I look forward to seeing what that relationship will develop into. His judo sensei is proud of him as am I. You will find also his articles on USAdojo.com. I like to think that I develop minds as well as bodies. Through his articles as well as his teaching and training he continues to grow and show his grasp of the arts with their underlying principles. Hopefully I played a role in his development in all of those areas but he came to me with a pretty good preexisting foundation. I just built on it.

God bless you my martial art brethren. Study hard and go with God