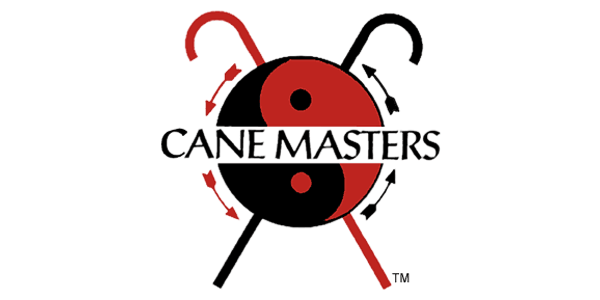 The cane has been used as a “martial” tool since ancient times.  Korean monks sometimes carried the cane during their travels to serve them in several different ways; it was used to help maintain their balance climbing hills and over rough terrain, and it was also used to help the monks defend themselves from bandits and wild animals during their travels throughout the country. Plus, if their temple was attacked, the cane could quickly become a defensive weapon.

A group of young warriors called the Hwa Rang (flowering youths) from the Korean Kingdom of Silla, were instructed in the use of the cane by these same monks, including the famous Won Kang.  They were taught several different forms of defense as part of Buldo Mu Do (Buddhist martial arts): Kwan Jyel Sul (joint manipulation), Hyel Do Sul (striking vital points of the body), and Ji Pang E Sul (cane techniques).  Included in their specialized training, the Hwa Rang were educated in the application of techniques using the cane for striking, throwing, controlling, and the application of Kwan Jyel defenses. They also carried the cane as a sign of their social position and status.

Several centuries later in Japan, Uchida Ryogoro (1837-1921) was a Menkyo in Shindo Muso Ryu who taught Nakayama Hakudo. While in Tokyo he invented Sutekki-jutsu as a way to popularize Jodo by introducing jo-like self-defense with a western walking stick, which was a big rage in early 1900 Japan. The weapon itself is, of course, basically Western – the cane, imported during the Meiji era – but all or most of the techniques for handling it are adaptations of moves for other Japanese weapons

By this time, as noted above, Europe was embracing the cane in its many forms, and realizing the potency of this rather innocuous looking device.  Take for example “La Canne de Combat” or Fighting Stick, which is a French ” Martial Art ” sometimes called “fencing with wood stick”.

More evidence comes from these paragraphs taken from one of the more noted periodicals of the time:

“The Walking-Stick as a Means of Self-Defence,” by Pierre Vigny, Health and Strength, July 1903

“With the cane all inferiority disappears, and I assert most emphatically from my long and practical experience that a man armed with a cane, and who has learnt how to use it, does not fear a bigger and stronger man, though similarly armed. I will say even more: if he perfectly understands how to use his stick as a weapon of defense, he can hold his own against several adversaries for whoever is hit by this weapon, which acquires an enormous force in its swinging motions, does not return to the attack again, therefore the cane is the most perfect weapon for self-defence; but in order to make it so, it must possess the necessary qualities, which, expressed in one word, is solidity.

Using the stick as a means of self-defense in the street, one can not only fight one man equally well armed, but also several men at the same time equally well armed as one’s self, for the stick is made to pass through every possible direction around you with a marvelous rapidity, thus protecting every part of one’s body; and at the same time acquires enormous force by its rapid swinging movements for delivering a blow, which no one can possibly stand against.”

With such an august history, it is no wonder that the cane has been “re-discovered” as a self-defense tool for the new millennium.  And on the forefront of this “awakening” is Grand Master Mark Shuey Sr., owner of Cane Masters.  GM Shuey has become well known on the major tournament circuits as the “cane man”, where he has been able to accumulate 18 world and national titles in the Masters Weapons divisions using the cane, while at the same time showing how devastating and practical this simple yet legal self-defense tool can be.  As a result, GM Shuey is being sought to teach seminars across the country as well as in Europe and Canada.  His efficient system of instruction has taken such a strong foothold in the martial arts community that he has formed the Cane Masters International Association in order to facilitate the training of students of the cane.  Make no mistake, the cane is back!