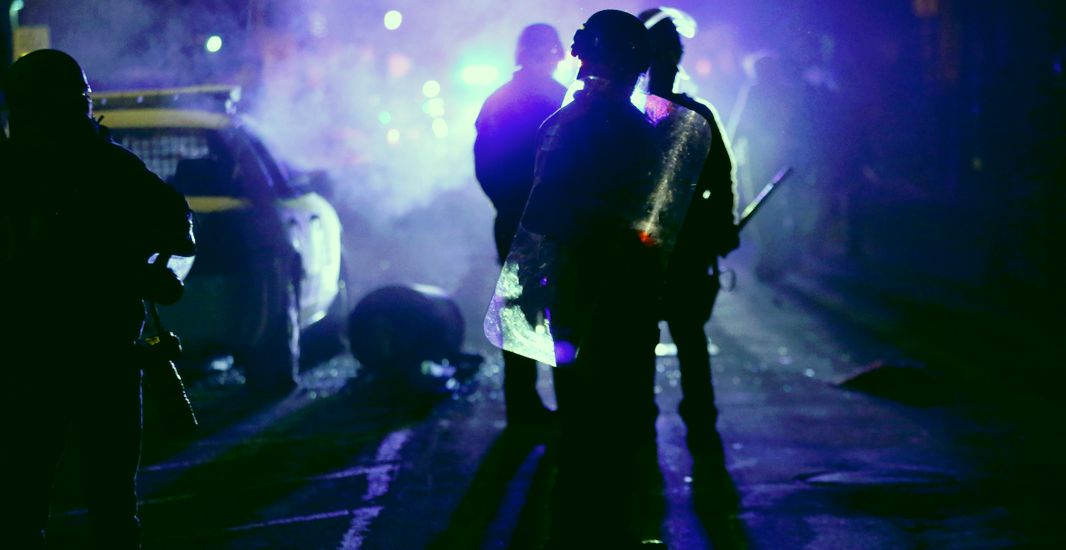 To survive confrontations in the kill zone, officers must overcome second-guessing and act quickly and decisively. This article is about combating conditioned hesitation.

There are many factors that can lead to an officer hesitating in the kill zone. Any hesitation in a crisis situation can potentially cost an officer his or her life. Factors contributing to this problem include but are not limited to training, the officer’s level of physical fitness, the officer’s mindset and attitudes, suspect/subject factors, and fear.

Fear is the number one reason police officers I’ve spoken with give for hesitating in crisis situations. But it’s not always fear for their own lives. What plagues most cops deciding whether or not to use lethal force are fears of litigation, of losing their job and pension, of complaints, of being investigated by Internal Affairs, of using the incorrect force options, and of facing a Grand Jury.

While teaching a recent use-of-force instructor course, I discussed with the officers why they hesitate in the kill zone. The overwhelming response from these officers was fear. Where is this fear coming from? Cops in general aren’t afraid of much, so what is happening?

Complex Emotion
Fear is a completely normal human emotion that can be used to either motivate us or undermine our actions. It can be broken down into two categories: natural fear and conditioned fear.

Natural fears are those elements of life that act as a psychological mechanism, mostly at a subconscious level. This fear type often also includes one’s mindset and beliefs, such as fear of one’s own death or of causing the death of someone else. Through mental discipline and regular, rigorous training we can learn to use the natural emotion of fear to our advantage and come out on top.

For example, most cops are apprehensive about pulling the trigger and firing upon another human being. As a trainer, I even see this during Simunitions training where the officers know their “attackers” will be OK. Through additional training and regular practice, this hesitation to pull the trigger disappears.

On the other hand, “conditioned fear” is fear that we have been taught. It is fear perpetuated by secondary factors outside an officer’s control, but that still has a significant effect on his or her actions and, therefore, affects job performance. Officers who “fear” losing their job if they do the wrong thing exemplify this type of fear.

We cannot control whether we’ll get sued or lose our jobs because we defended our life. We cannot stop suspects complaints, we can’t control being investigated after a shooting, or even if we face a grand jury. So why is it that these fears we can’t control are having such a significant effect on our careers? It’s because many administrations have created and nurtured a conditioned hesitation and conditioned fear before their officers use any force option.

Anti-Freeze
When faced with a violent attacker, any human (police officers included) will respond in one of five ways: fight, flight, freeze, posture, or submit. Without a doubt, fear in and of itself can cause performance failure, leading to “freezing.” With the rigorous training officers engage in these days to join law enforcement, the majority are prepared for potential violent attacks because they constantly train and drill in the use-of-force continuum. Realistic training helps prepare the officer to overcome freezing and stress-induced failure.

But on occasion, freezing and hesitation can still happen because of factors that have nothing to do with the threat in front of us. What is happening in our own department that undermines our training and survival skills? Why are officers paying so much attention to their administrators, “fears” of litigation that some officers are losing their lives? What can we do as officers and trainers to combat this situation and survive our shift and go home to our loved ones?

Uneven Playing Field
It’s stressful enough being an officer without having to worry about an administrator’s concerns. The suspects who we interact with have no “use-of-force continuum” to follow. Suspects without warning can attack us with deadly force, giving them the tactical advantage. The last thing we need is for our officers to second-guess their force options, or “fear” making the wrong choice.

Nowhere on the use-of-force continuum in any agency is there a step that tells us to “make sure to second-guess your actions, because you might lose your job if you actually protect yourself,” or “make sure you give out a bunch of warnings before you use deadly force.” Somehow, though, officers are being told exactly this by the media, civilian review boards, and their administrators, words, actions, and deeds. And it is having a dangerous effect on our officers in the field.

During research, I found the case of an officer who told a gun-wielding attacker seven times to drop his weapon before firing at the suspect. Everyone in this officer’s agency had nothing but respect and admiration for this officer. Even his superior commented that “he was a gentleman to the end.” But for me, watching the cruiser video footage of the incident was troubling and terrifying.

When watching the cruiser footage, one can easily see the significant tactical errors that cost this officer his life. He hesitated, therefore losing control of the situation. His superior was correct that this officer was a gentleman throughout the duration of the incident. But now he is dead. The “gentlemanly” way he acted resulted in his death.

Deadly violence in the kill-zone is relentless and uncompassionate. When facing a suspect who is trying to possibly end your life, it’s time for the nice guy to disappear and let the animal out of the cage, doing everything within your being to survive. In a fight for your life there is no room to be nice and courteous. Your violence of action must be immediate and swift to end the confrontation. Fear of doing the wrong thing cannot be a part of this equation.

Counter Attack
To avoid hesitating at that moment when your life hangs in the balance, we must constantly pursue a simple two-step course of action. The first step is developing and maintaining tactical proficiency and staying current with the latest techniques and technologies.

You will respond in a life-and-death situation the way you train. Participate and seek out all the additional training any chance you get. Qualifying once or twice a year will in no way prepare you for a gunfight in the street with a killer. Shoot as often as you can, constantly challenge yourself, and change your range sessions to reflect the type of shooting scenarios you might possibly run into on the street.

Get hands on. Practice your empty hand fighting, either with martial arts or boxing. If you have never been hit before, you have no idea how you will respond when attacked. Through martial arts and boxing training, you will train your body to continue fighting while being attacked. Sure, it’s no fun being hit in the face by your buddy, but considering the fact that them smacking you in the face while you are sparring just might save your life someday by helping you to prepare for a life-and-death struggle will make all the pain worth it.

Mental Preparation
The second step is to consistently psychologically prepare ourselves for using deadly force. We must develop a warrior’s mindset to prepare ourselves to fight and defend life at a second’s notice, without warning or hesitation.

We have to develop what the martial arts masters call “mind of no mind.” This simply means we must not think or second-guess ourselves, but allow our bodies to “instinctively” respond to any threat with the appropriate level of force without any conscious consideration.

To psychologically prepare ourselves to actually use deadly force and pull the trigger, we can simply use an aggressor target. These targets are an excellent training tool to overcome hesitation by providing an actual photographic representation of another human being “using” deadly force against us or another, causing us to react and use deadly force ourselves. We can even go as far as obtaining life size targets. Many different manufacturers make such targets that represent the human form. Practicing firearms and even baton techniques on these types of targets helps us overcome the innate, built-in apprehension of using violence of action against another human being.

The best way, in my opinion, to overcome hesitation is to participate in Simunitions training. By carefully constructing realistic scenarios where the role players are confronted with various threats, including having to use deadly force, officers can begin through controlled “experience” to minimize hesitation and respond with the appropriate level of force to situations.

Believe it or not, all you have to do is “let go” of your own self-doubts or “fear” of your own action and just openly and honestly respond to the situation at hand. These two steps together will help us overcome hesitation in the kill-zone, by preparing our minds and our bodies to respond to the killer in front of us.